If you are looking for the best th11 bases. You are in the perfect place.

We frequently test, build, and review the basic layout of Town Hall 11 and provide it here so you can from here and start using it without building or testing it. So check out these five best town hall 11 layouts.

And there are other buildings as well in the outer layer covering the town hall and clan castle. 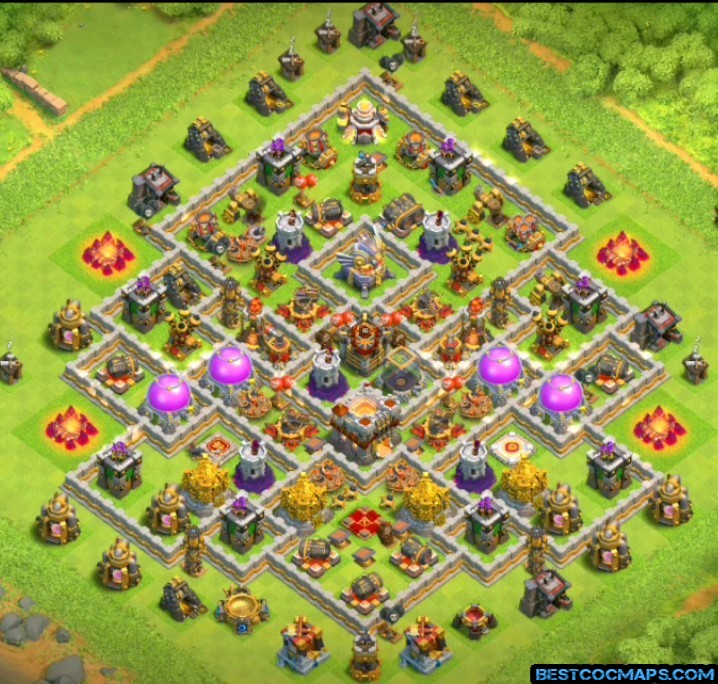 This is one of the best th11 farming base of 2021. Eagle artillery, town hall, clan castle, and dark elixir storage cover’s the center. On the center’s right side. There are air defense, X-bow, and a grand warden. 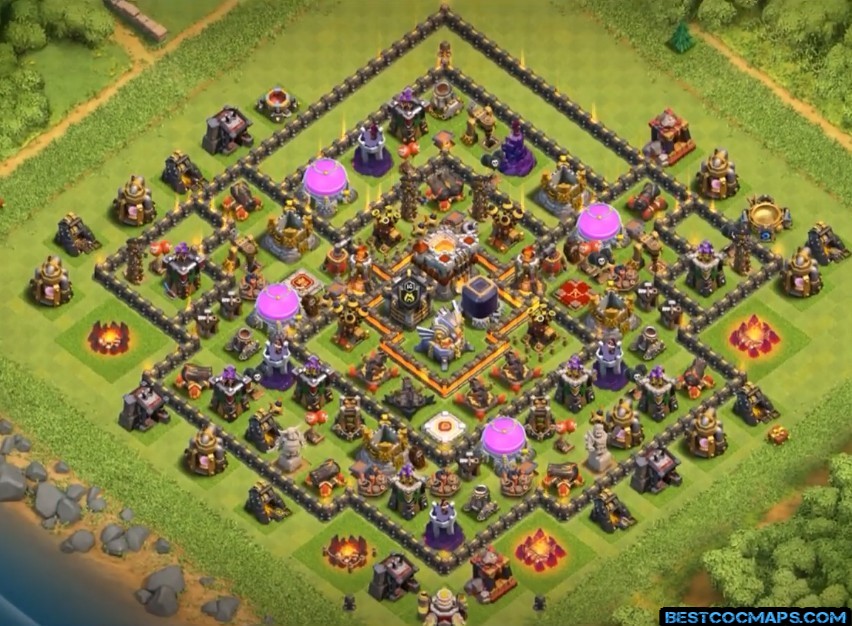 Moreover, many buildings are covering the town hall in the outer compartments. 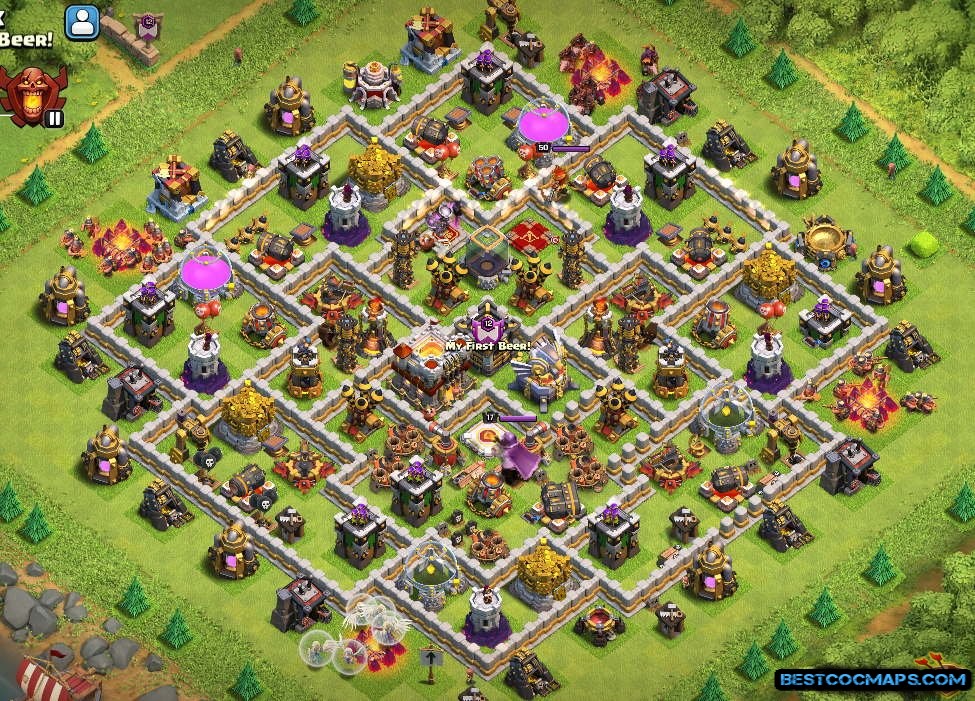 The archer queen and clan castle cover the center. Right next to the center, the town hall is in the next compartment. The center is surrounded by wizard towers, air defense, eagle artillery, and x-box. 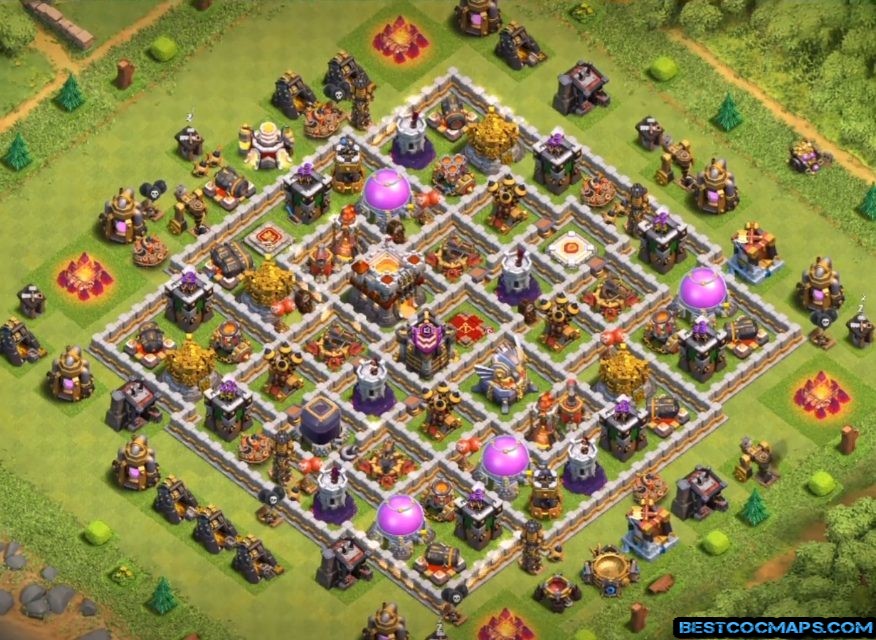 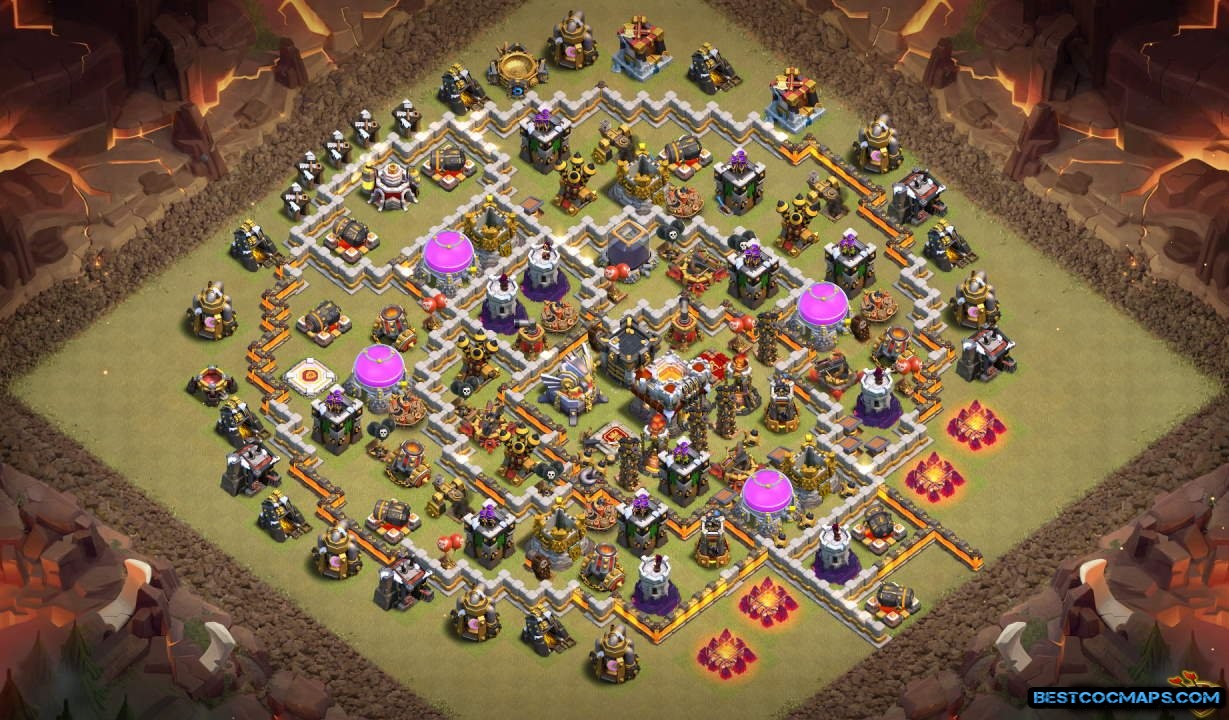 Similarly, other buildings outside the walls are saving the townhall, making it one of the best th11 bases. 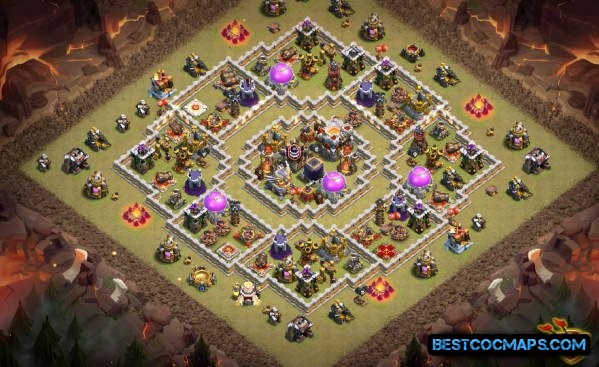 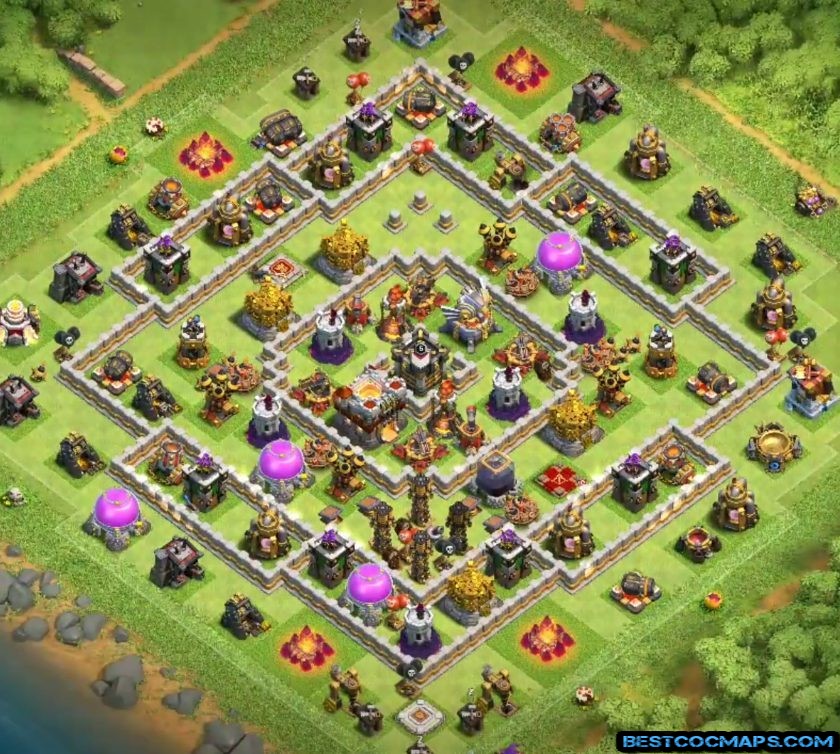 There is a giant bomb, elixir storage, air defense, wizard tower, cannon, and gold mine on the bottom of the center. There are some defensive buildings outside the walls that will ruin the attacking strategy of your opponent. 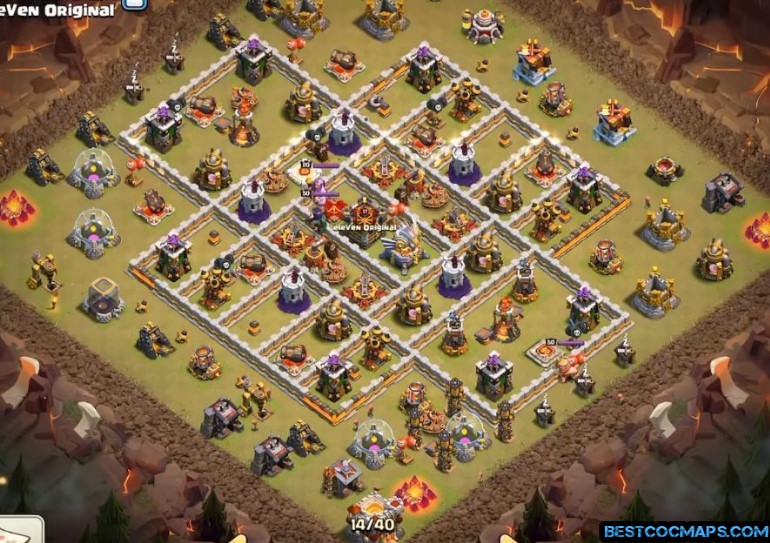 You can see in this base that townhall is not in the base. It is because you can put more protection in the center and use the distraction of other buildings and have a greater chance of not having three stars. 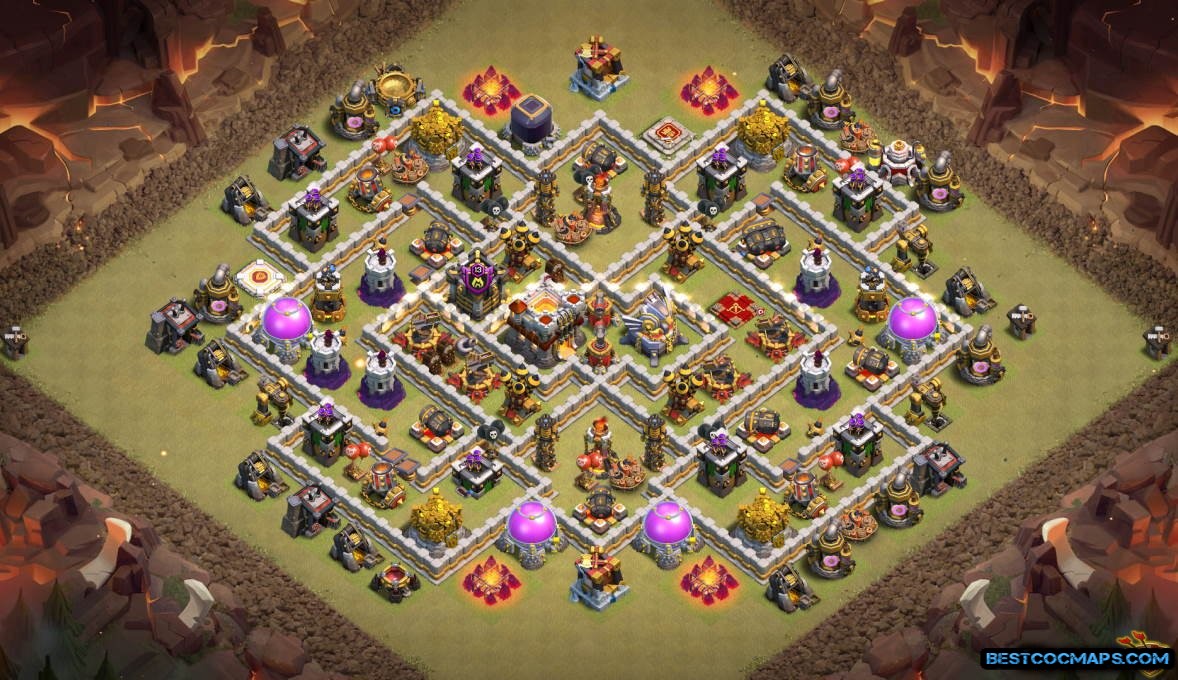 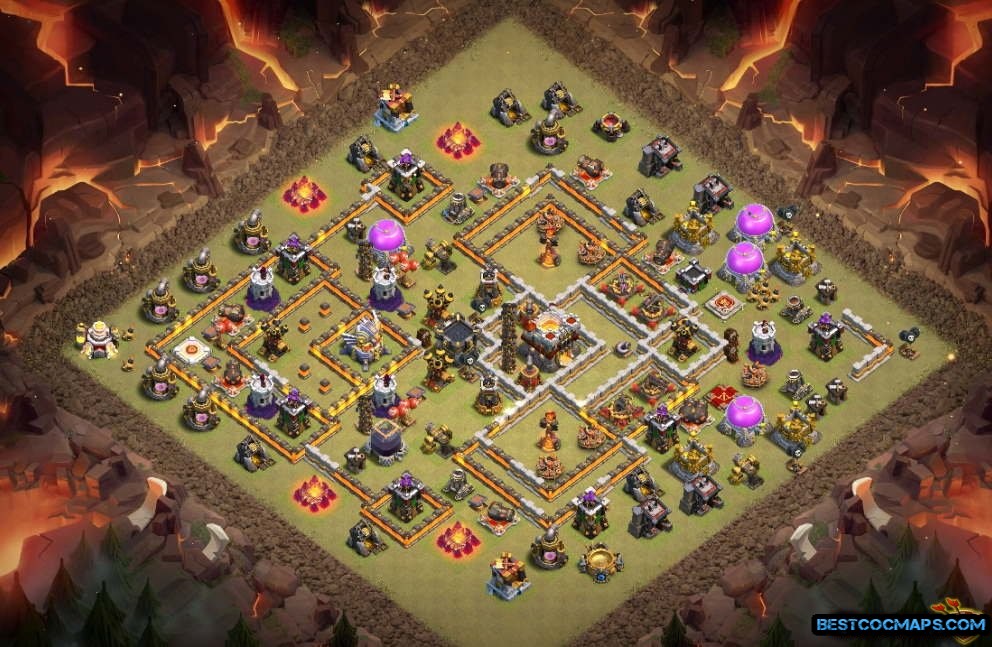 So these are some of the best th11 bases.