Are you looking for the Top class TH9 Trophy Base anti-everything? If yes, then you are in the right place. So let’s see the best Town Hall 9 Trophy bases and let’s discuss what’s unique in it.

In the middle, we have a clan castle, four hidden teslas, two air sweepers, and two giant bombs at the center. Above the center, we have dark elixir storage, an X-bow, air defense, and an archer queen. 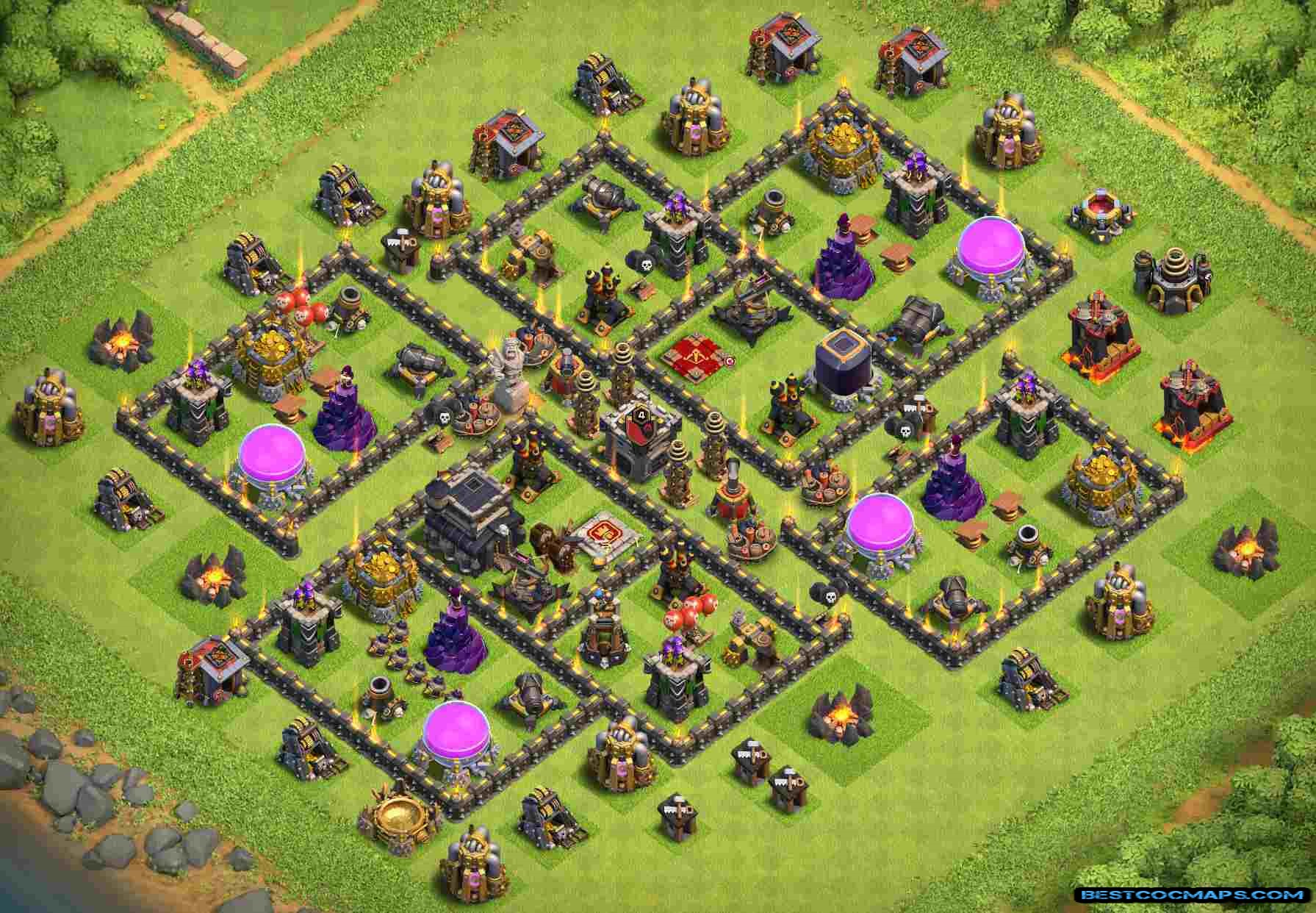 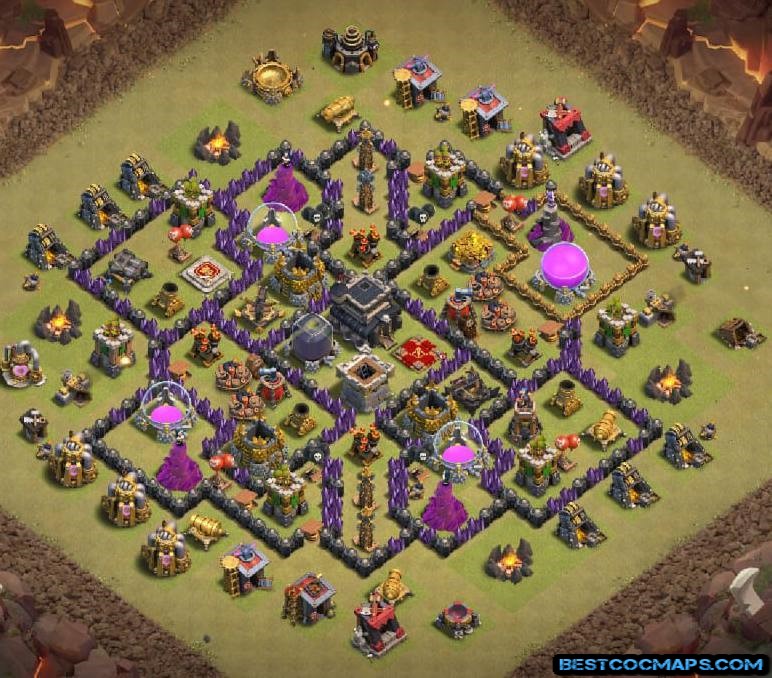 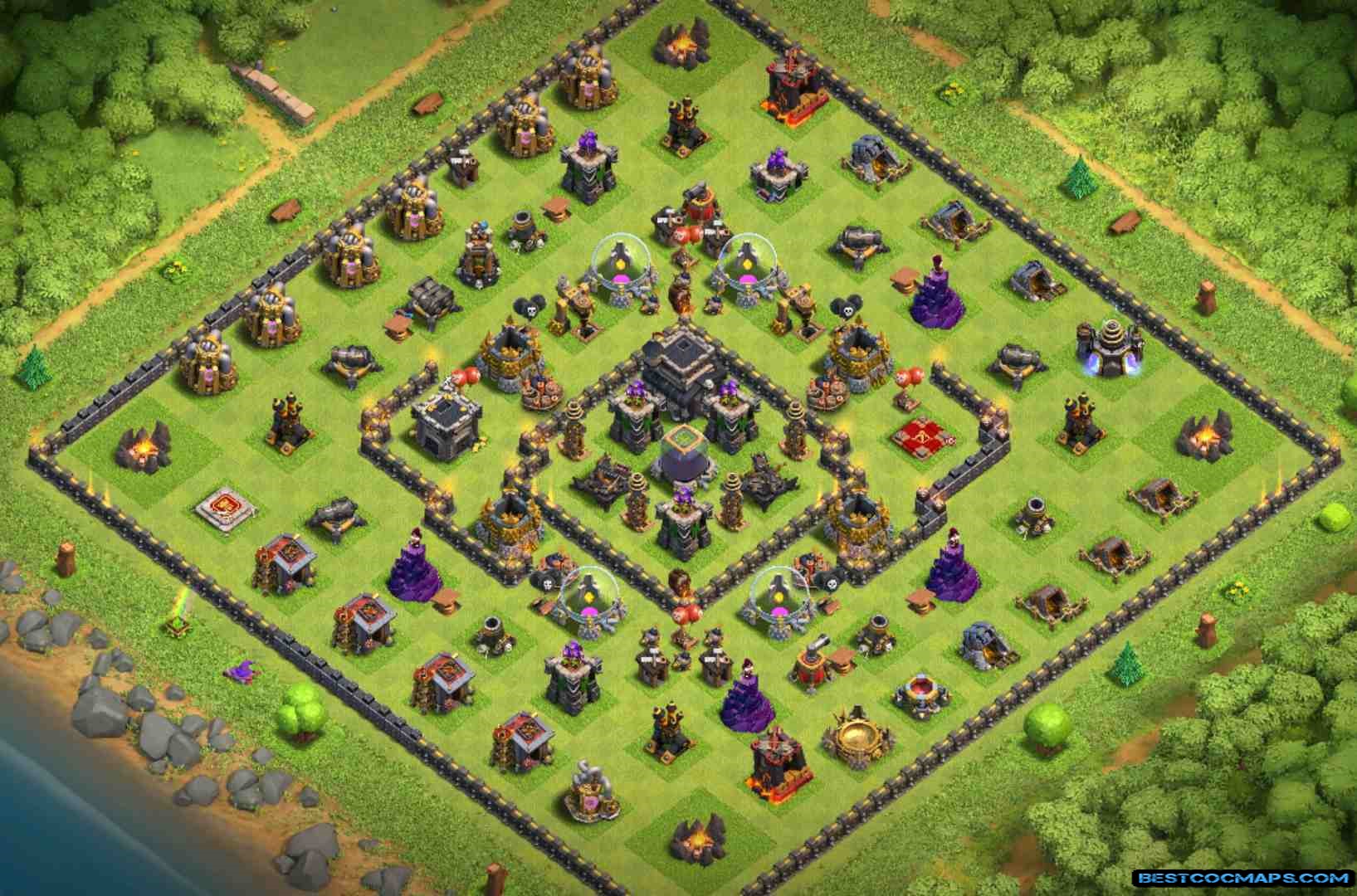 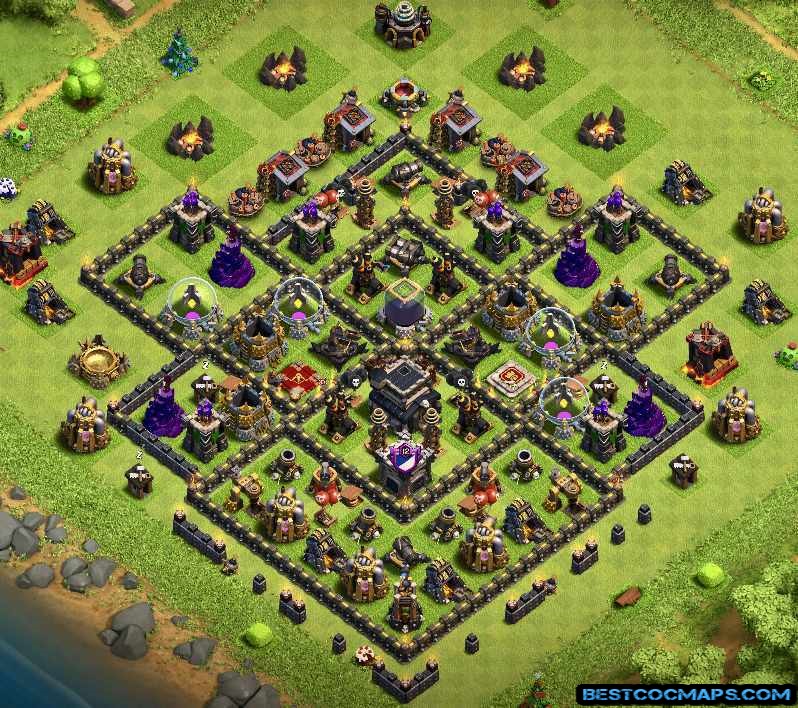 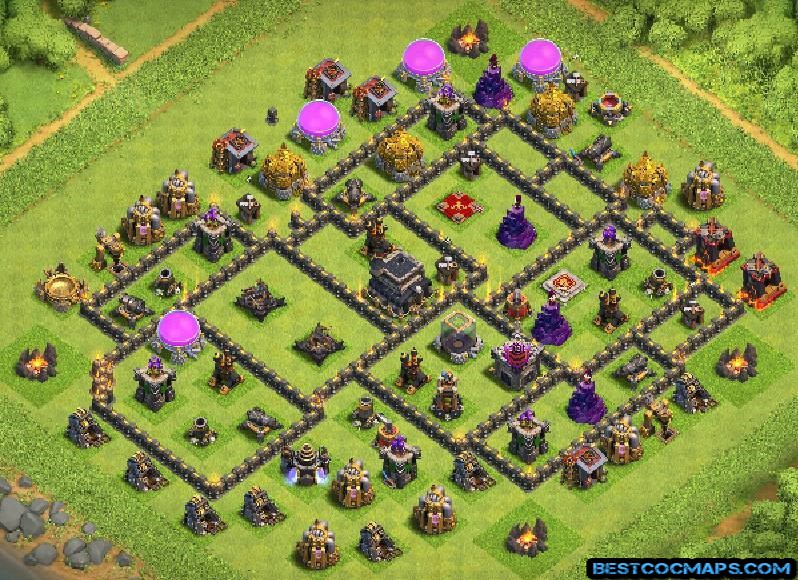 Two layers of buildings are placed after that. Four wizard towers, four mortars, two archer towers, four air defenses, an air sweeper, four cannons, a bomb tower, a double cannon are placed at the first layer. Four army camps, four gold mines, seven elixir collectors, a barbarian king, and a builder’s hut, are in the second layer. So we can say that this is definitely an unbeatable th9 base. 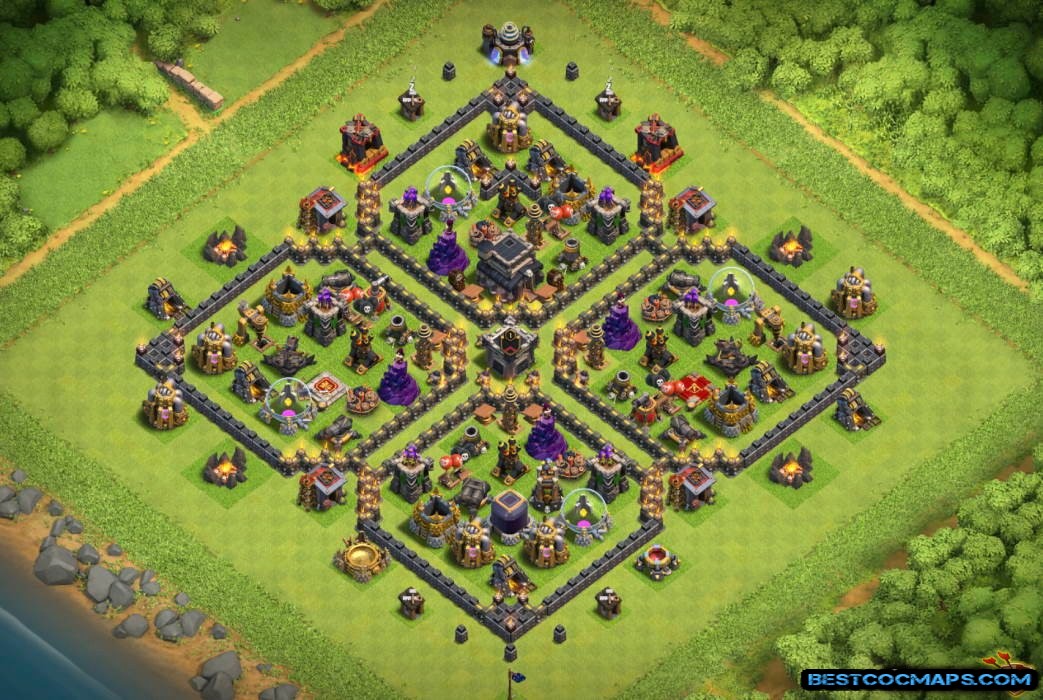 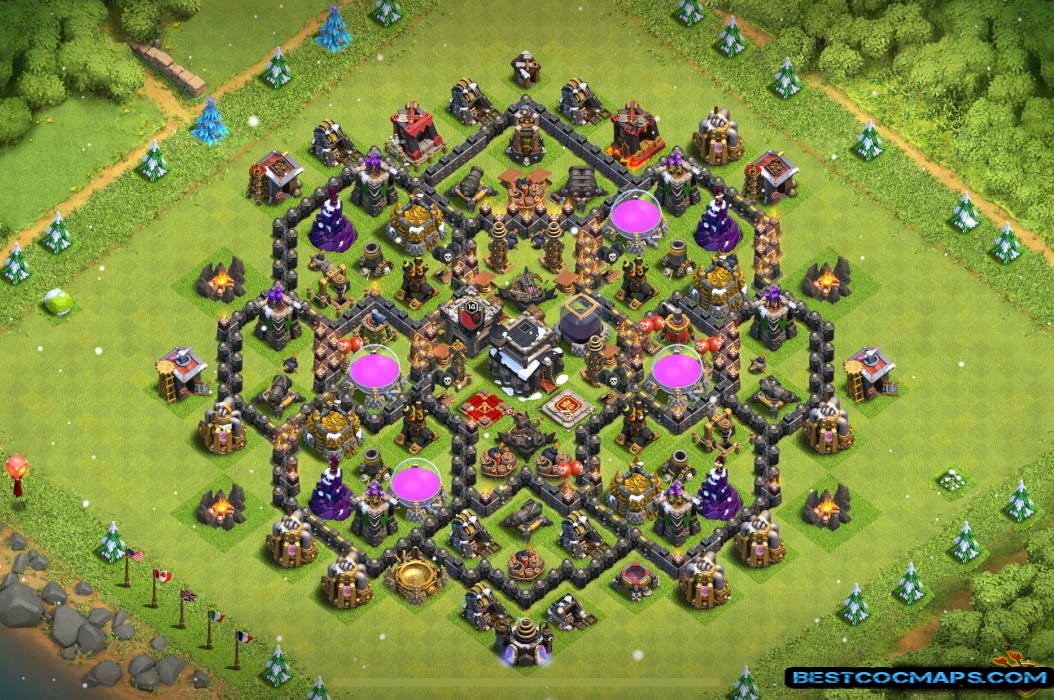 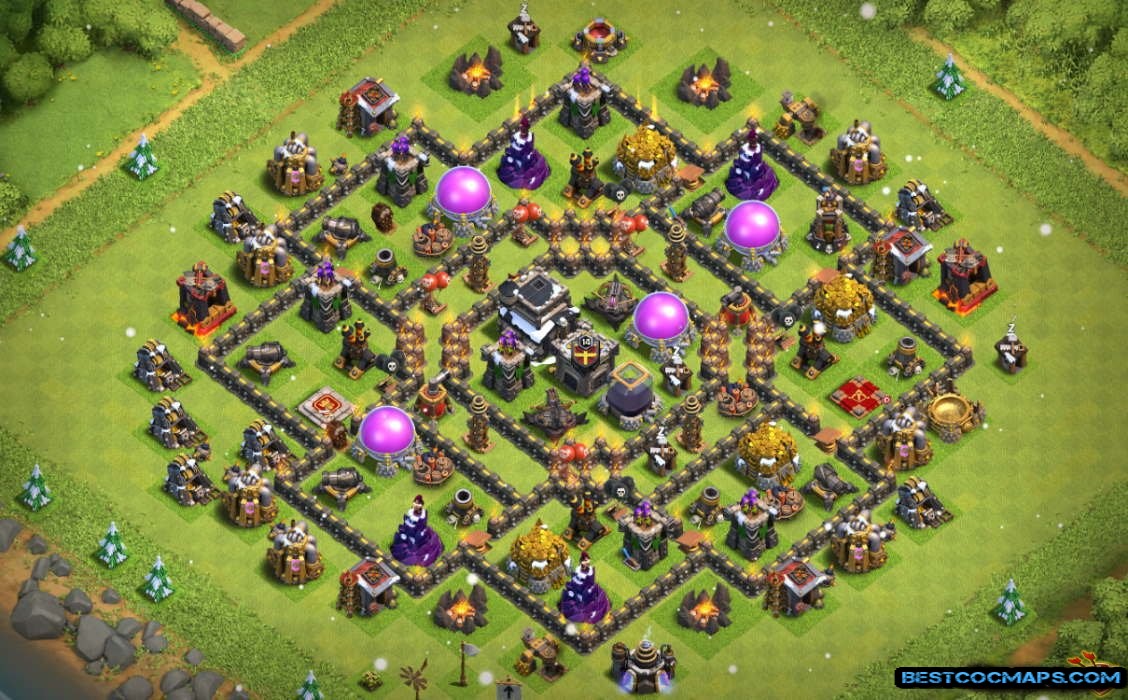 TH 9 Trophy Base Without xbows

This base is there in the top class Th 9 Trophy bases. Clan castle, dark elixir storage, a bomb tower, and air defense are at the center. Above the center, we have an air sweeper, a barbarian king, an archer, and a wizard tower, an air sweeper, and a mortar. Right after that, we have a wizard tower, an archer queen, and a builder’s hut. The townhall, hidden tesla, and a builders hut are at the center’s left. Two X-bows are below this compartment. Elixir storage, an archer tower, an air defense, a mortar, and a cannon are in the next compartment. 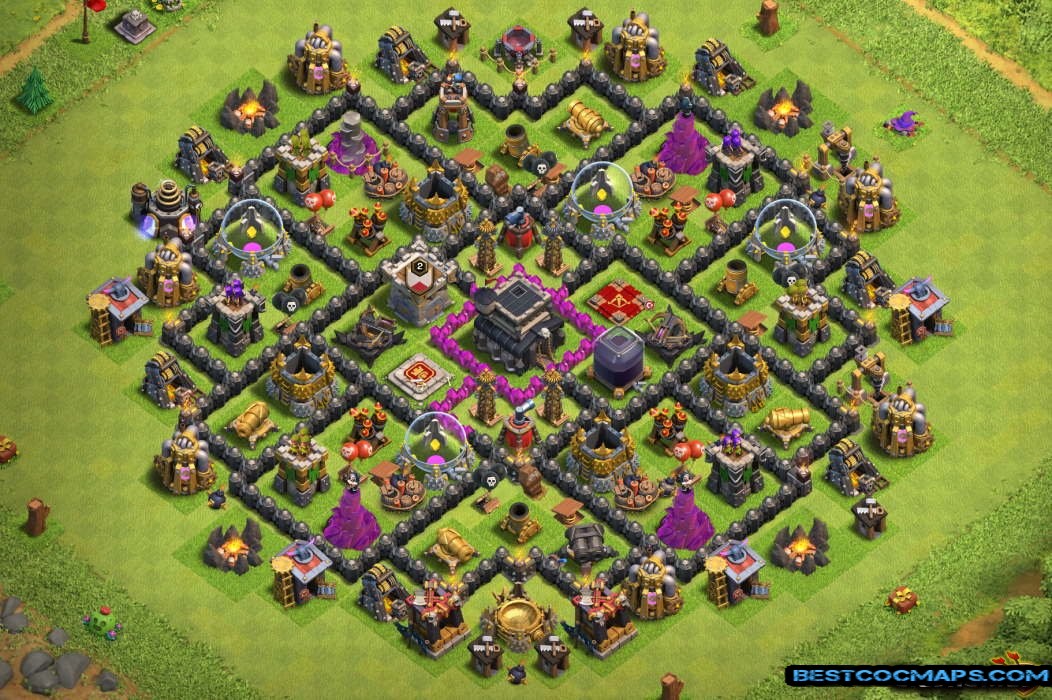 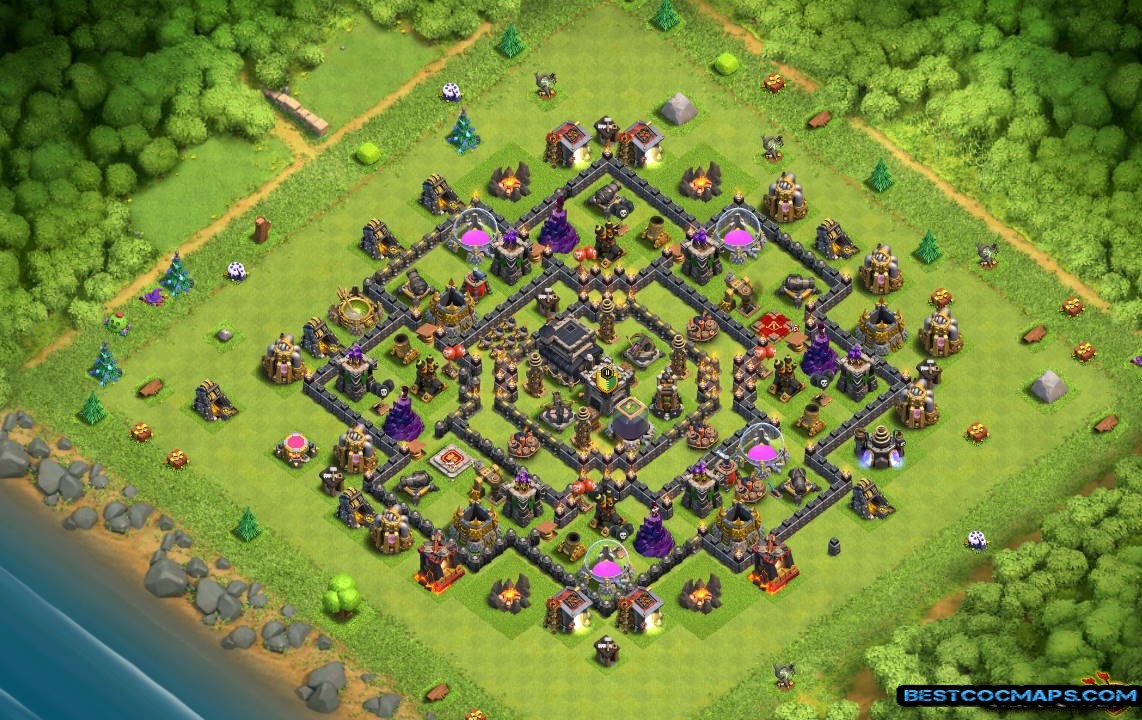