Having a good defense system on your base is important but the more important thing is how you design the layout of your base. The layout is a crucial element in your success in clash of clan regardless of the objective. A poorly designed base will always fall prey to your enemy no matter how much resources you have invested in the defense. On the other hand, a well-designed base will be able to protect itself even with the weaker defense. We will be devising the strategies for the TH12 base layout.

The layout for any base depends upon the goal of the user. The objective of the user decides the layout. There are different layout strategies for every type of base. For example, the trophy base will be having a different layout than the farming base.

We will be discussing the layout of a typical war base as shown in the picture above. The objective of a war base is to defend the trophy. For that purpose, it is very essential to protect the Townhall. Losing Townhall will cost you a star. Other than that you also need to protect your resources. If the enemy succeeds in destroying your fifty percent of resources, it will cost you another star. 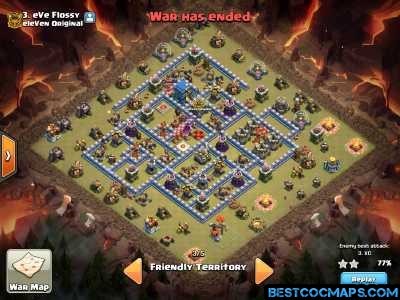 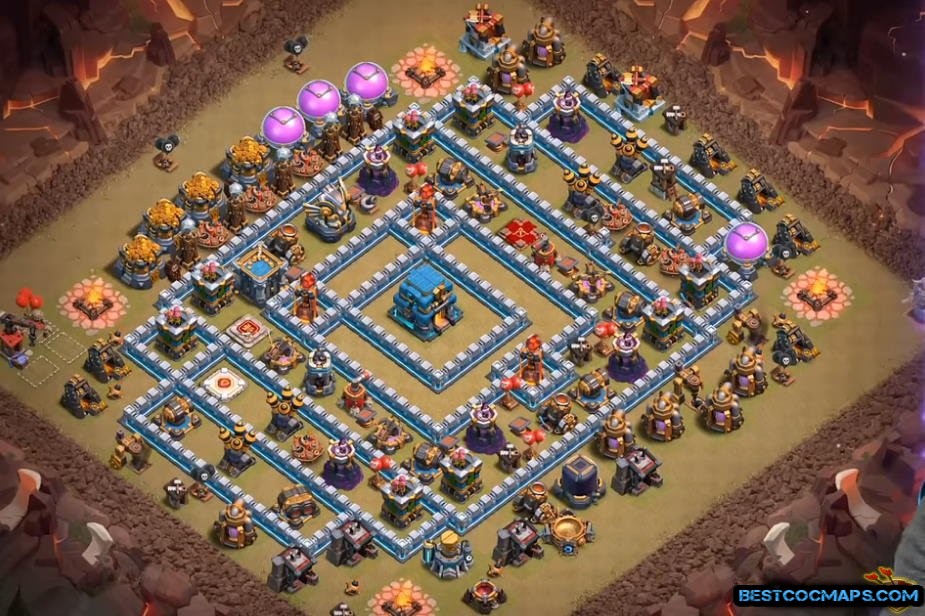 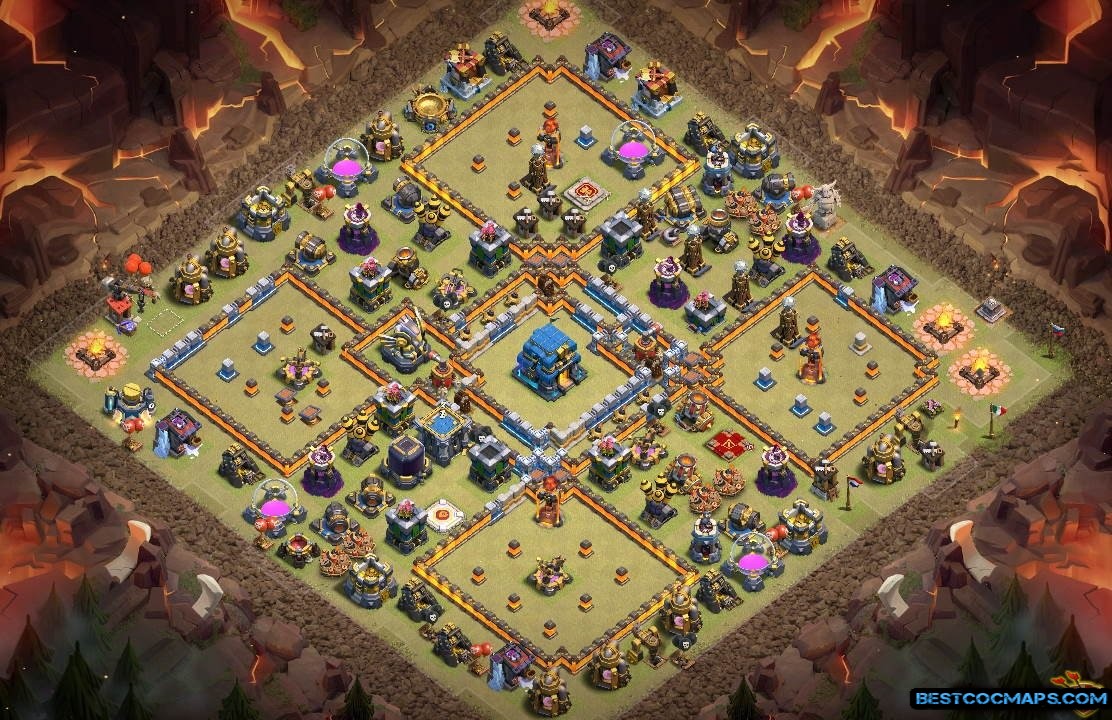 Townhall is at the edge of the base which gives the opportunity to the player to stop the attack before letting the enemy reach the Town hall. Other compartments near the Townhall have a defensive system which includes inferno tower, eagle artillery, and x-bows. Clan castle is also near the town hall so that it can be protected well. Clan castle holds half of the player’s gold. The walls are made strong to act as a strong defense in war.

Outside the walls, you can see the army camps which proves to be useful in the times of war. TH13 war base is a little bit upgraded in terms of defense. But if you design your base properly the chances of losing stars get low. 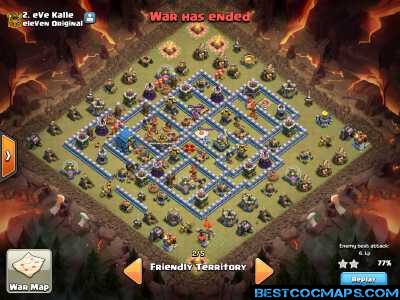 The best TH 12 layout for a war base is the one that has a strong defense. The positioning of the resources matters a lot. You can position the resources according to your own strategy and understanding.

In this particular base, the Townhall is place at the front right corner. Is heavily secured with giant bombs and hidden tesla. Clan castle is placed in the center section along with eagle artillery for the purpose of defense. You can see the gold and dark elixir storage outside the walls protected with cannons. Army camps are on the backside of the base outside the walls. The layout of the walls is very defensive. There are many compartments which will need more time to invade each compartment. 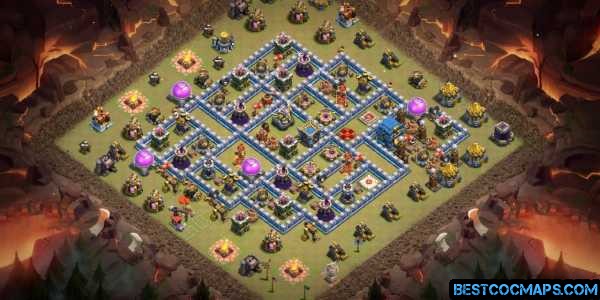 You can download this TH 12 base design from the button below. 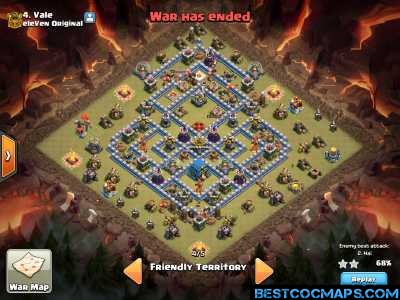 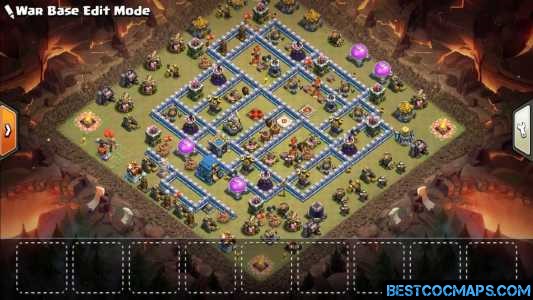 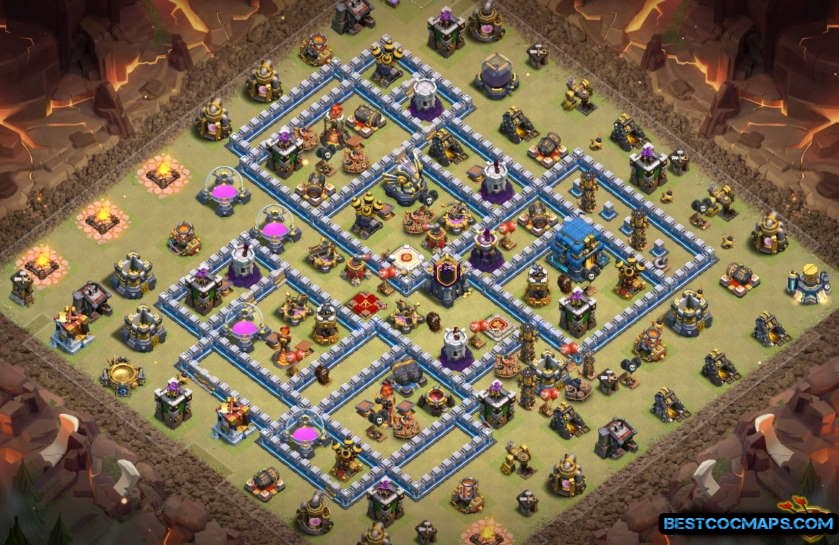 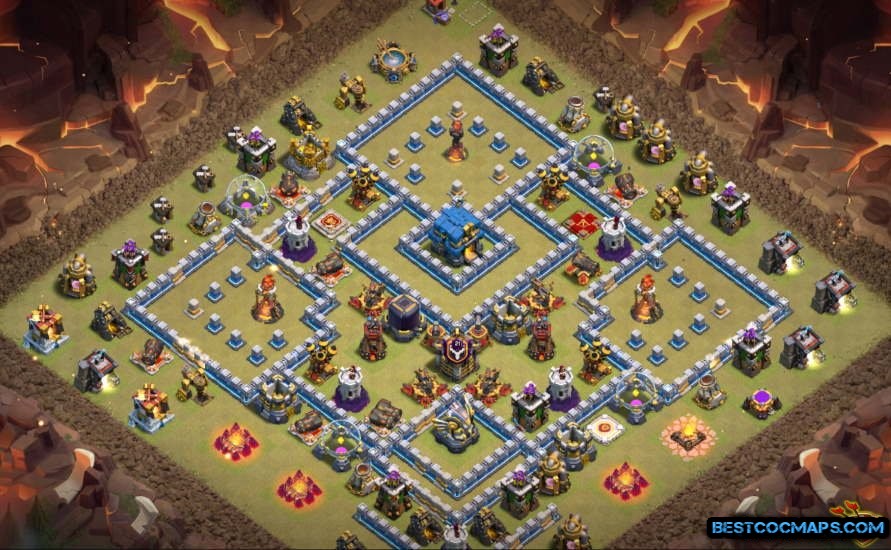 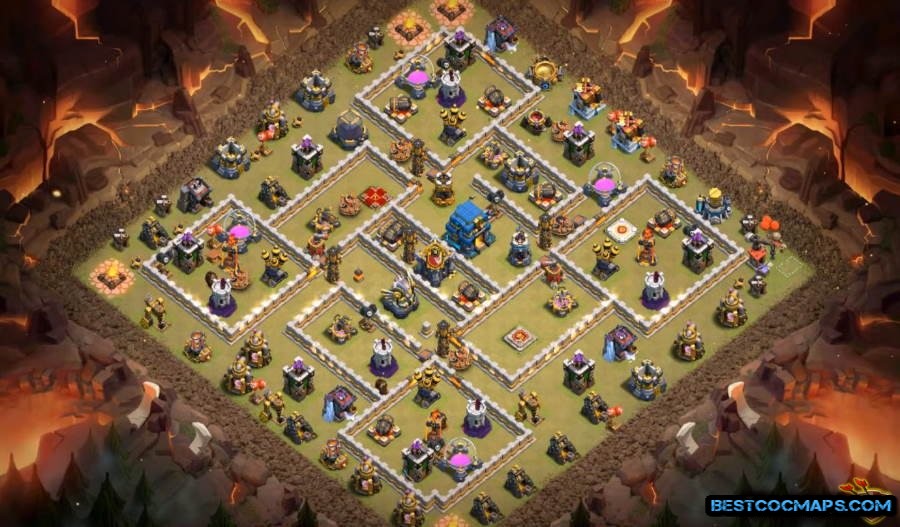