If you are the person who is searching for the top-quality th4 trophy bases, then you are at the right place. You don’t need to worry anymore. Today we are here to talk about the top-class th4 trophy bases.

But before starting the discussion, we need to know that what trophy base is? Trophy bases are designed in a way so that you can defend better, most of the time, the loot army can’t get one star. Only the war army is the one who can get two-star on these bases. The primary purpose of this base is not to get three stared by protecting your base so that you can save trophies. So without wasting any time, let’s talk about the best th4 trophy bases. 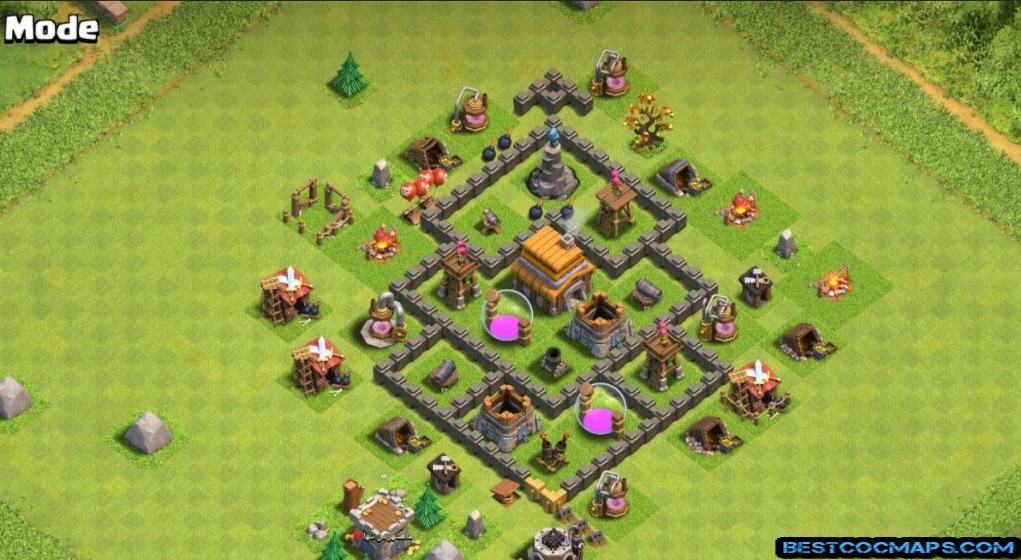 At the bottom right, we have elixir storage, air defense, and gold storage. Right after that, a cannon is in the next compartment. The clan castle, two builder’s hut, laboratory, spring trap, four gold mines, three army camps, two air bombs along with the other buildings are outside the walls to defend the base from the attackers. 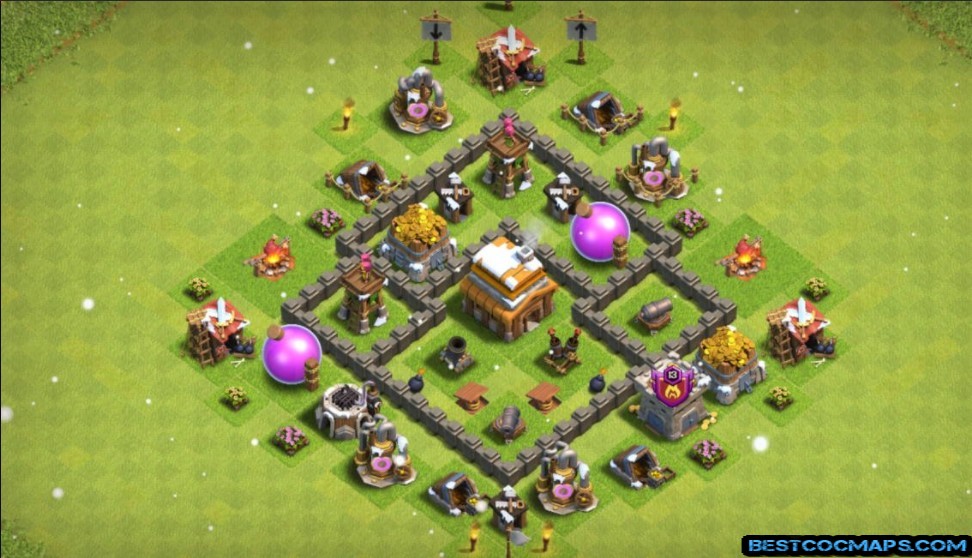 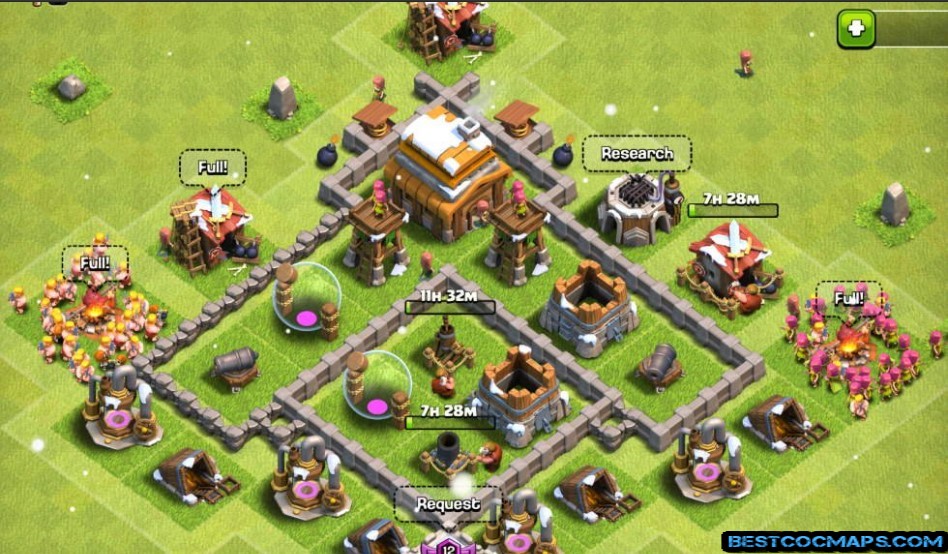 The clan castle, gold storage, four gold mines, four elixir collectors, laboratory, elixir storage, two army camps and builder barrack along with the other buildings are outside the walls to protect the base from the attackers. So after analyzing this base, we can indeed say that this best deserves to be in the best th4 trophy bases list 2021. 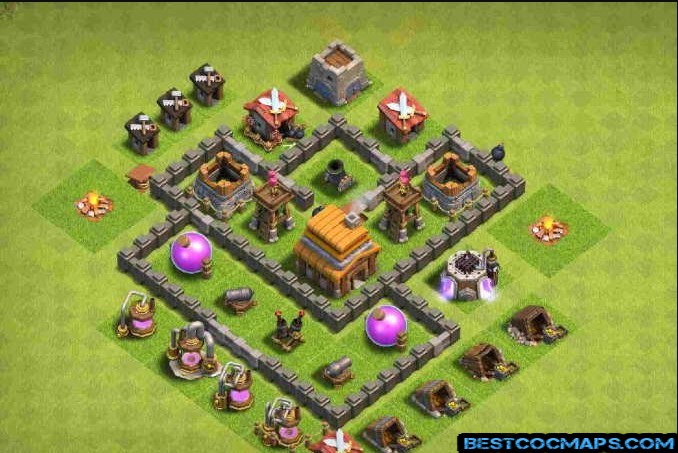 Th4 Trophy Base Anti Everything

The clan castle, four gold mines, four elixir collectors, two army camps, laboratory, two spring traps along with the other buildings are placed to defend the base from the attackers. 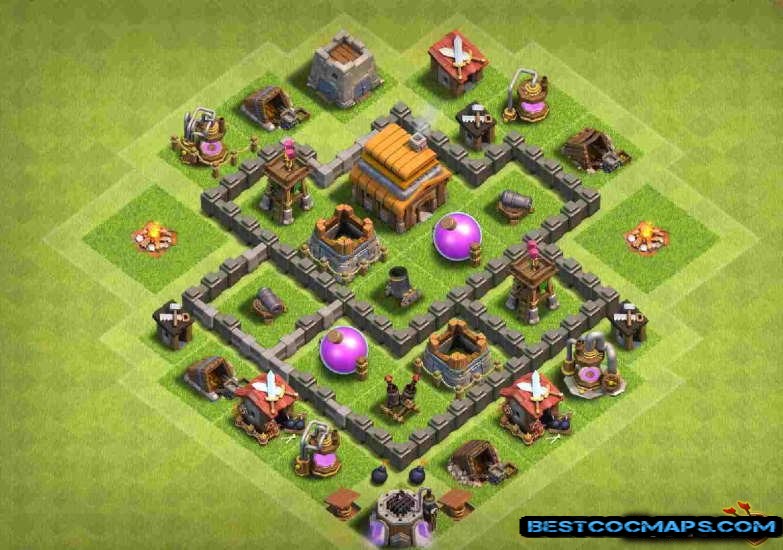 Before discussing this base, let me tell you that this base is added recently in this th4 trophy bases list. There are two compartments in this design as well. At the top left compartment, we have the town hall, two archer towers, a mortar and two gold storages. Two elixir storages, two cannons and air defense are below this compartment. 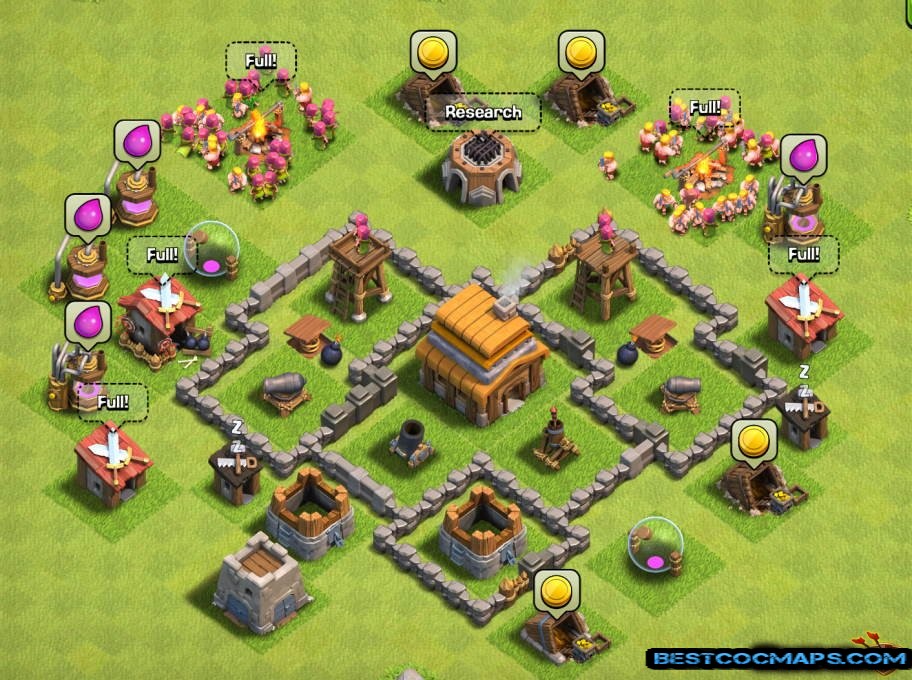 Four gold mines, elixir collector, three builder’s hut, a spring trap, two army camps, the clan castle and builder barrack together with the other buildings are outside the walls to protect the base from the opponents. 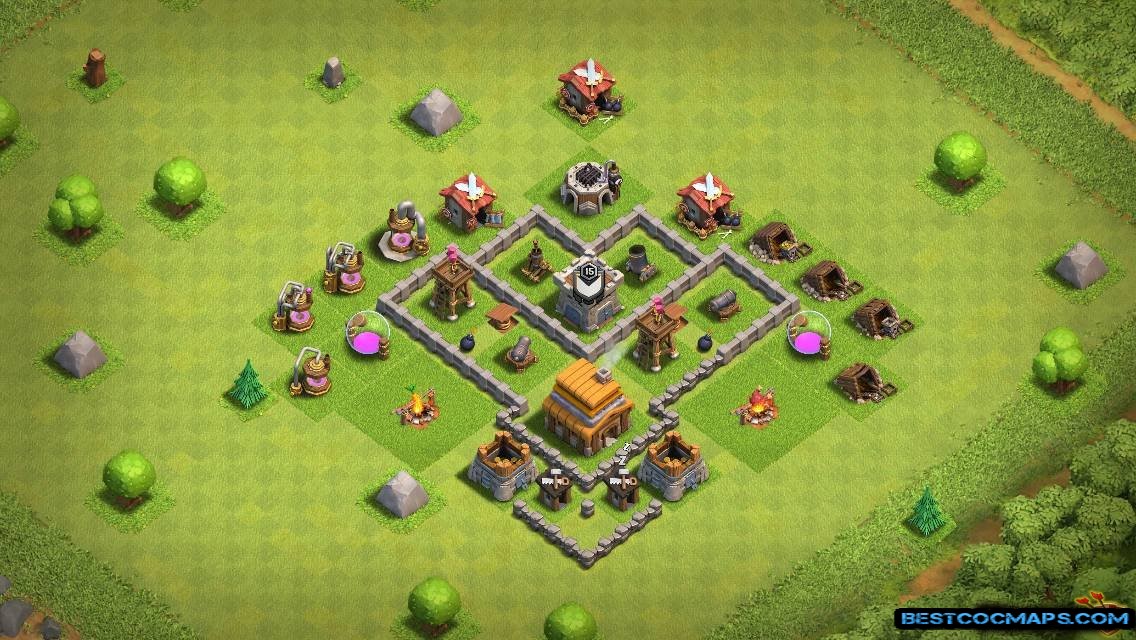 This base is divided into four compartments. At the center, the town hall, air defense and a mortar. At the bottom left, we have a cannon, spring trap and an archer tower. Identical buildings are also placed at the top right. The clan castle is at the bottom right. 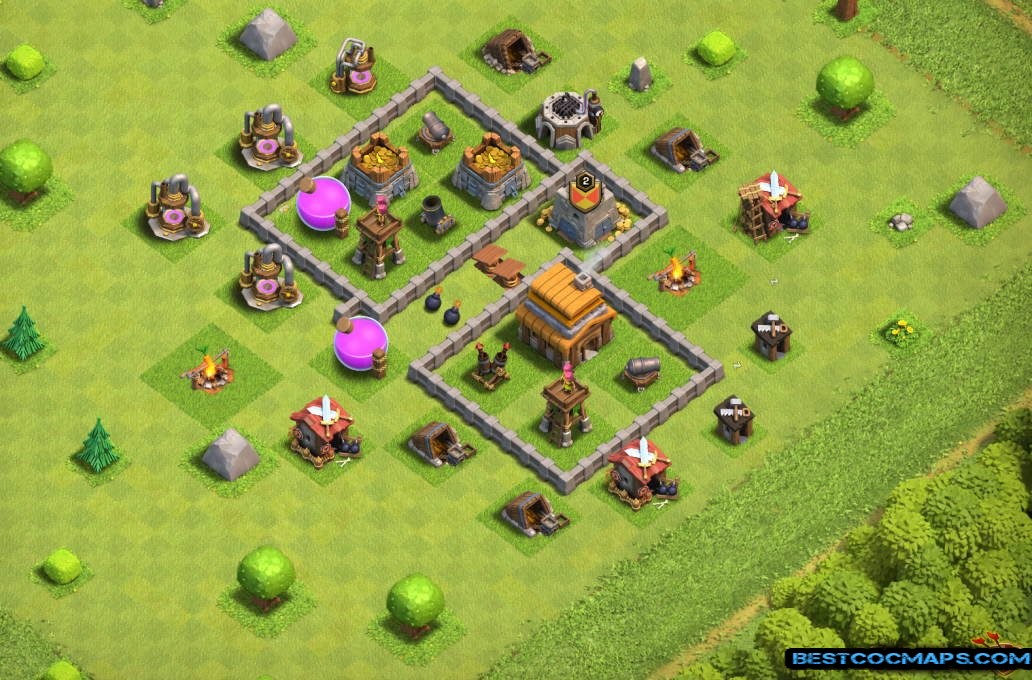 Four gold mines, two elixir storages, two builder’s hut, four elixir collectors, gold storage, two army camps, a laboratory and builder barrack along with the other buildings are outside the walls to defend the base from the attackers. 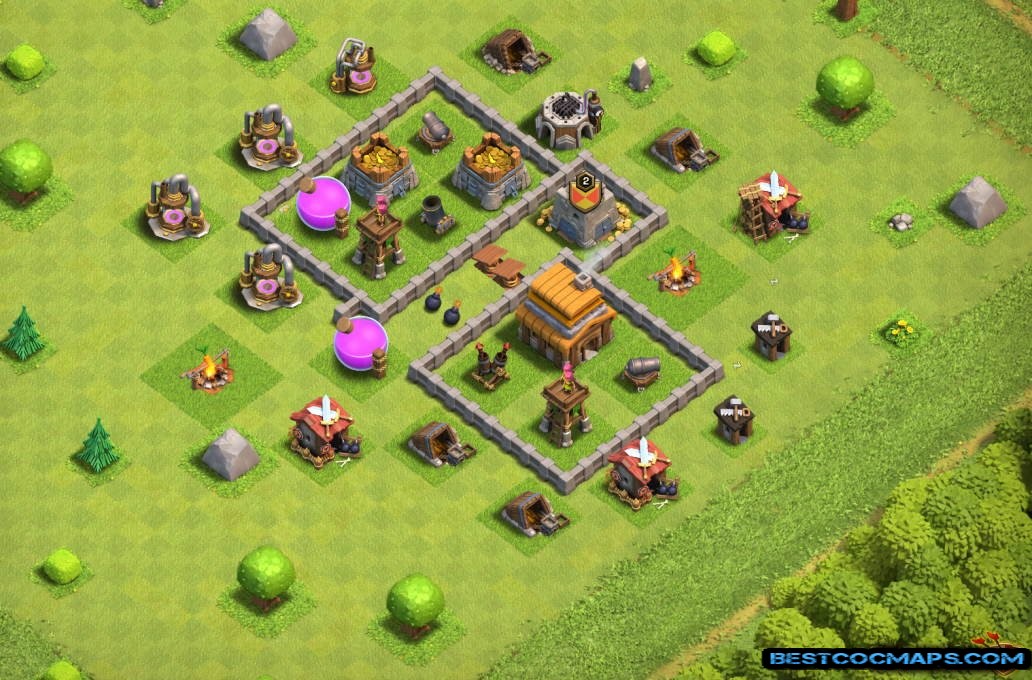 So, these are the top-class th4 trophy bases. Download these bases by clicking on the download button and start using these bases without any worry.