Whenever we design a base in the clash of clans, we look out to achieve certain objectives. Designs can be different depending upon the objectives. There are mainly four types of bases in COC, farming, hybrid, war, and trophy. A hybrid base serves the objective to protect the trophies and resources at the same time. Check out the TH12 hybrid base links 2022 below.

We need to protect the trophies and resources at the same time. If you look at the layout of the base above, you will find a strong defensive system. There are many compartments in this design. The center compartment is well protected. Townhall is situated in the middle section. There is an inferno tower along with two hidden teslas. There is dark elixir storage near the Townhall as well.

The wall is made strong to protect the base. You can see the eagle arterially placed near the gold storage. Air defense is situated with the elixir storage to protect the resources. A base with this much strong defense and design will lose a maximum 1-star against the opponent. 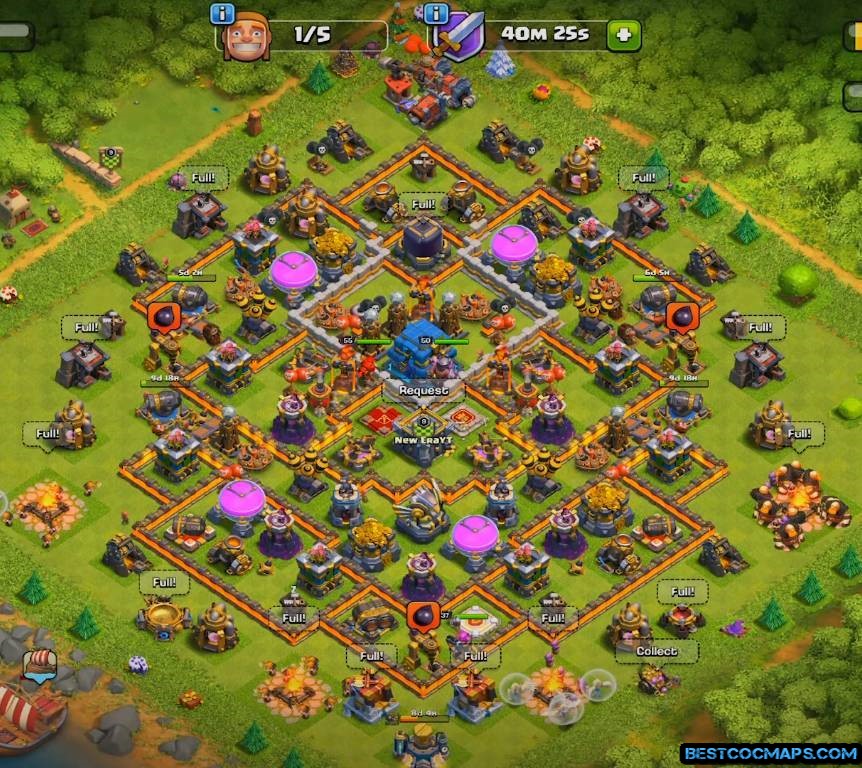 You can achieve the required objectives with different base designs. This base also serves to protect the trophies and resources but the layout for this base is different than the base shown in the first picture.

Air defense and eagle arterially are placed on different places on the base to protect the resources as well as the Townhall. You can see that the army camps are outside the walls as they need to provide troops in case of an attack. The walls are made strong to act as a barricade during the attack.

clash of clans th10 hybrid base 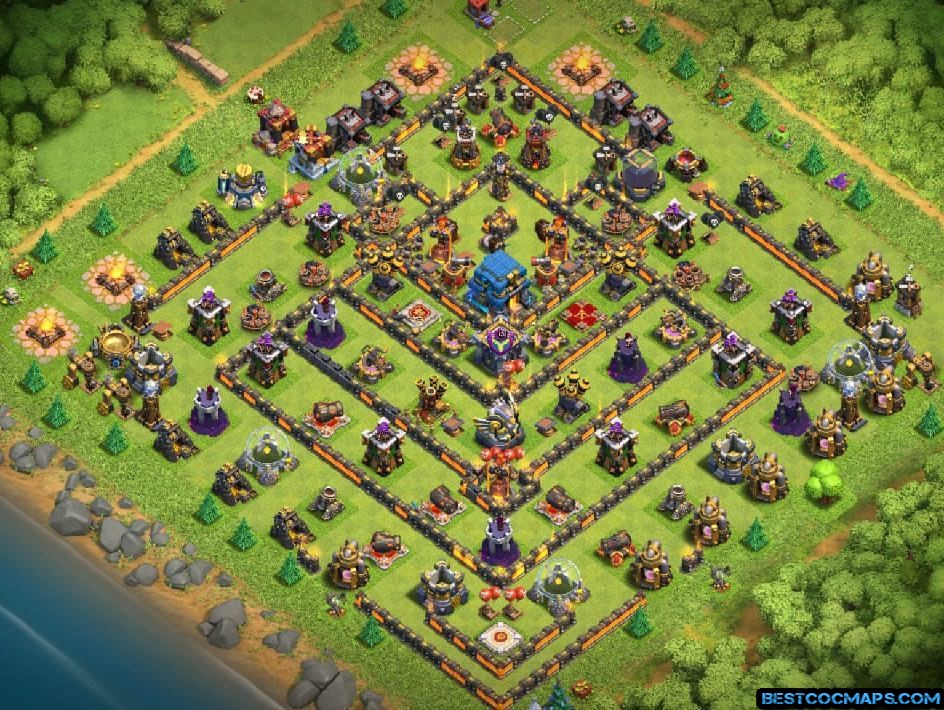 A well-protected base with an optimized layout is considered to be an ideal base in the clash of clans. Every base is different in regards to design even though it serves the same objective.

Walls are made super strong to repel the attack. Townhall is located in the center section. There is an extra defensive layer of the wall around the Town hall the dark elixir storage. There is an eagle arterially beside the clan castle. Clan castle serves as the treasury. It has most of the gold.

There are hidden tesla, air sweepers, giant bombs, and canons spread around the base for defensive measures.

clash of clans th12 war base 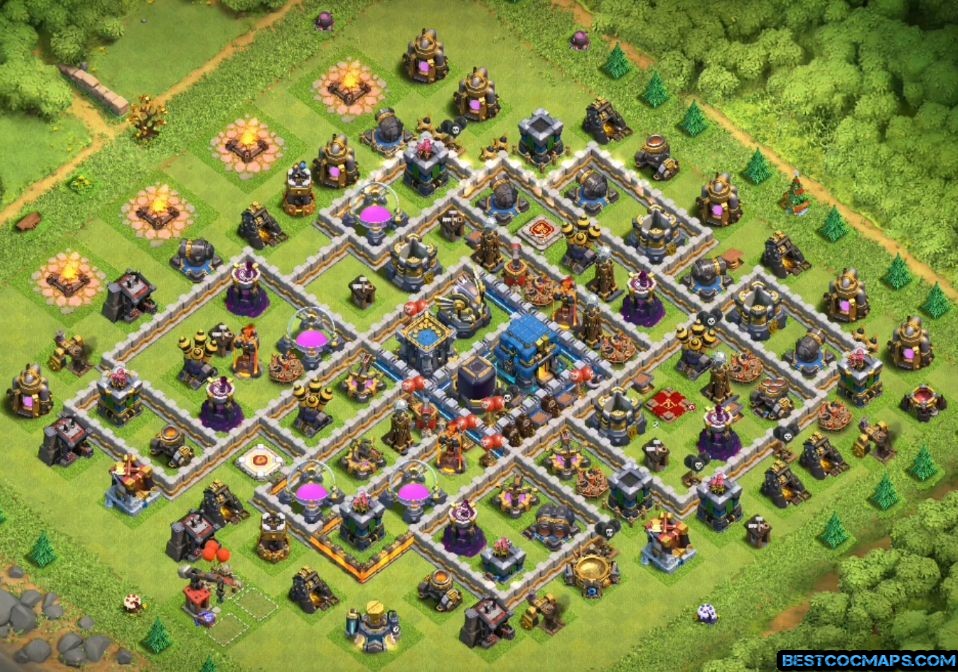 Army camps are outside the walls to provide the troops at the time of the attack. Strong walls act as a barrier to the enemy and help us protect resources and trophies. Resources and defensive elements are scattered in a way that they prove to be an effective combination in case of attack. 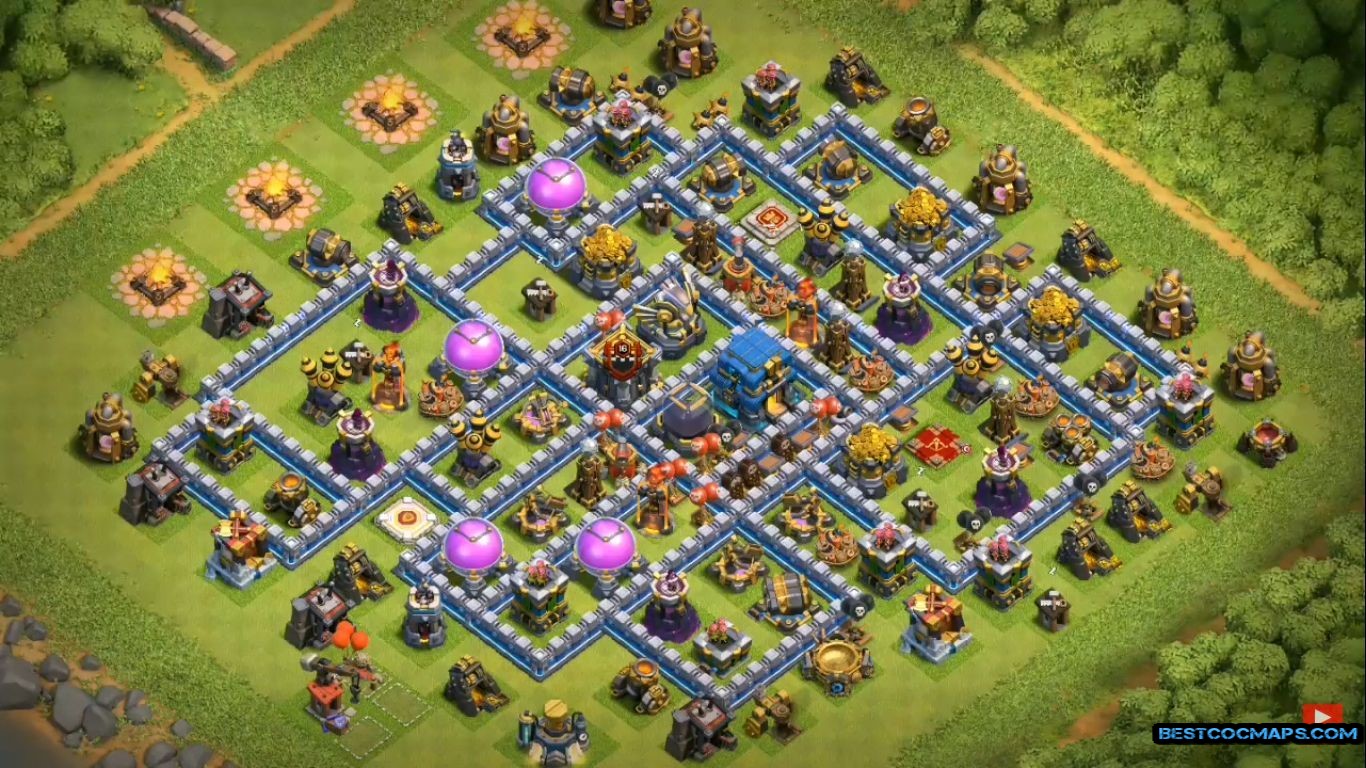 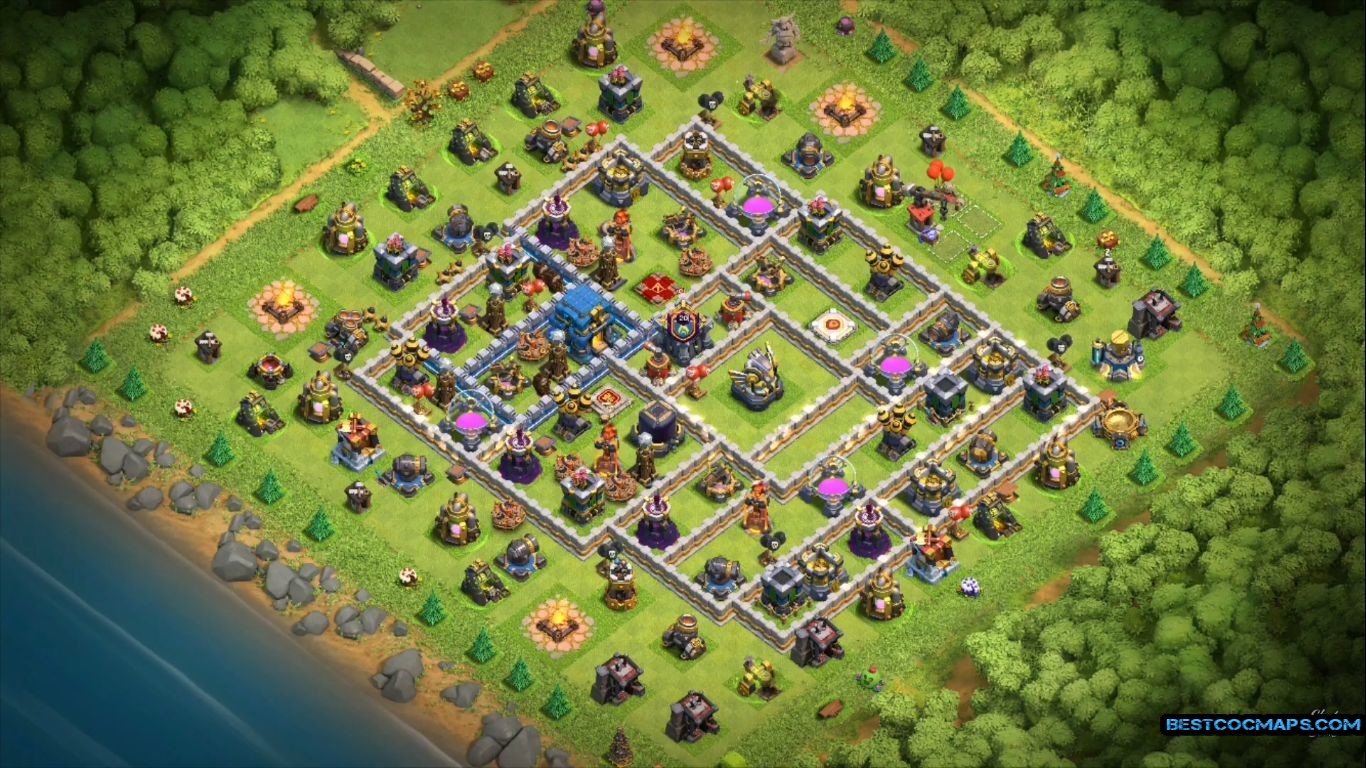 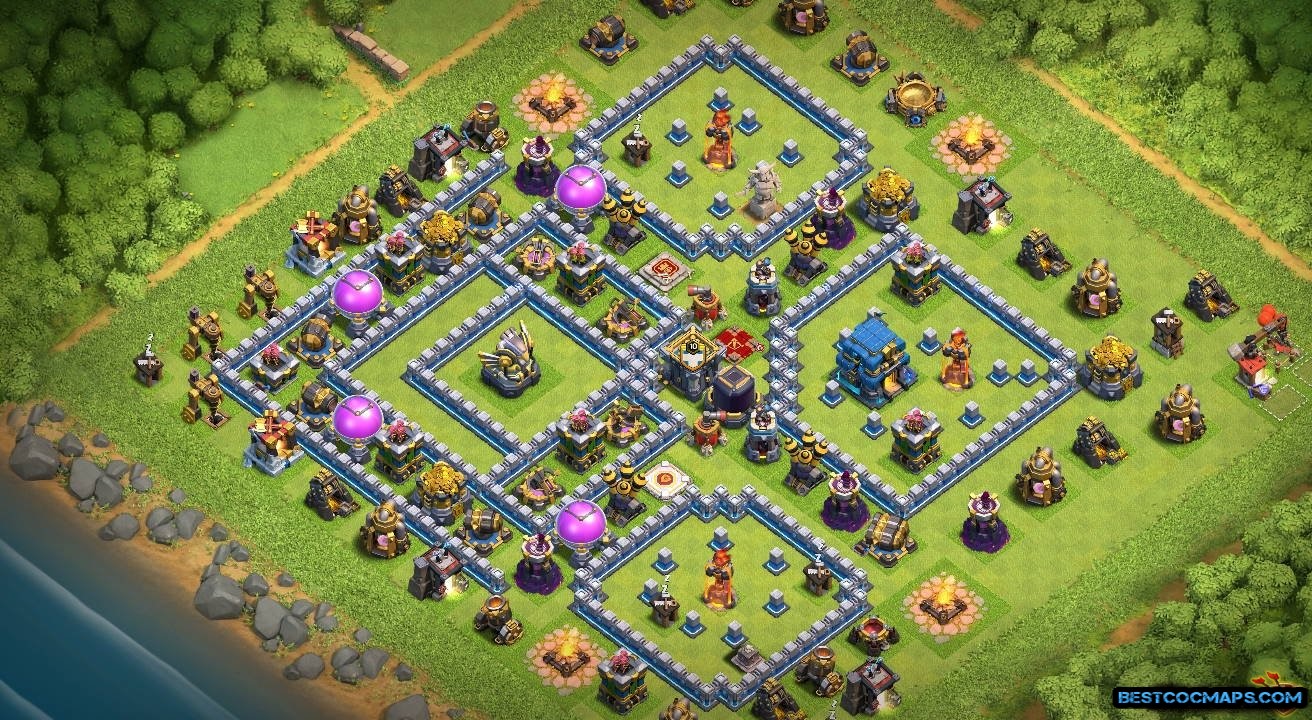 Town Hall 12 Hybrid Base Anti Everything 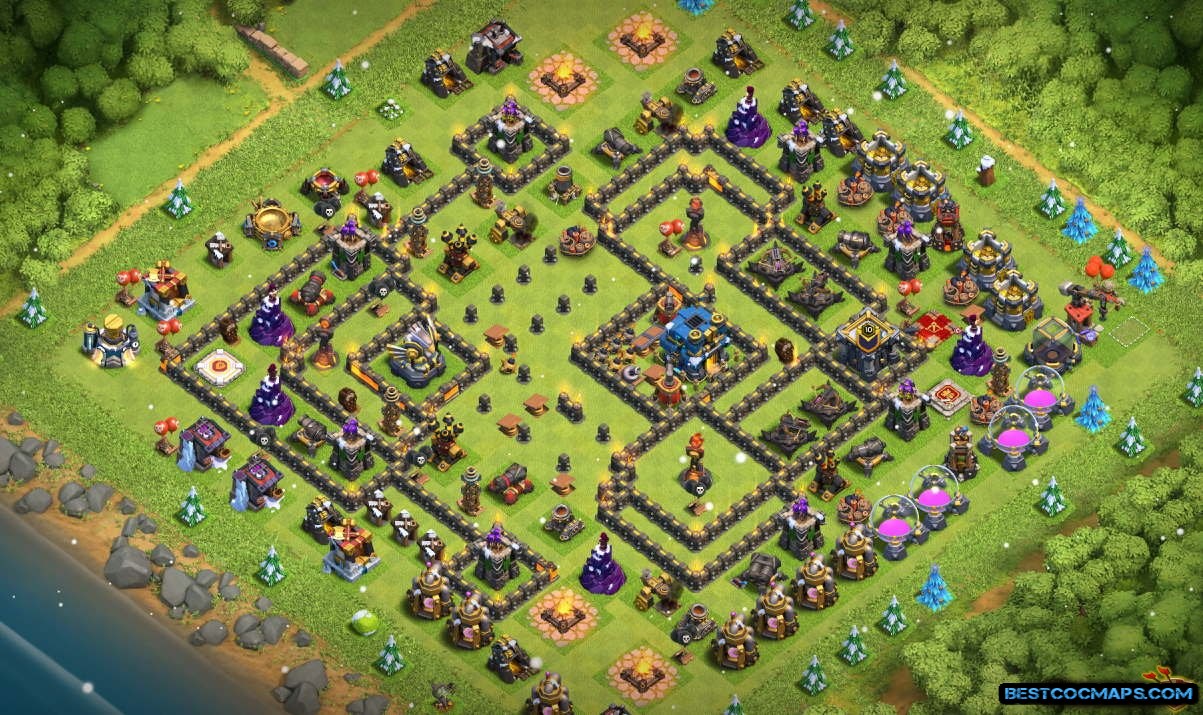 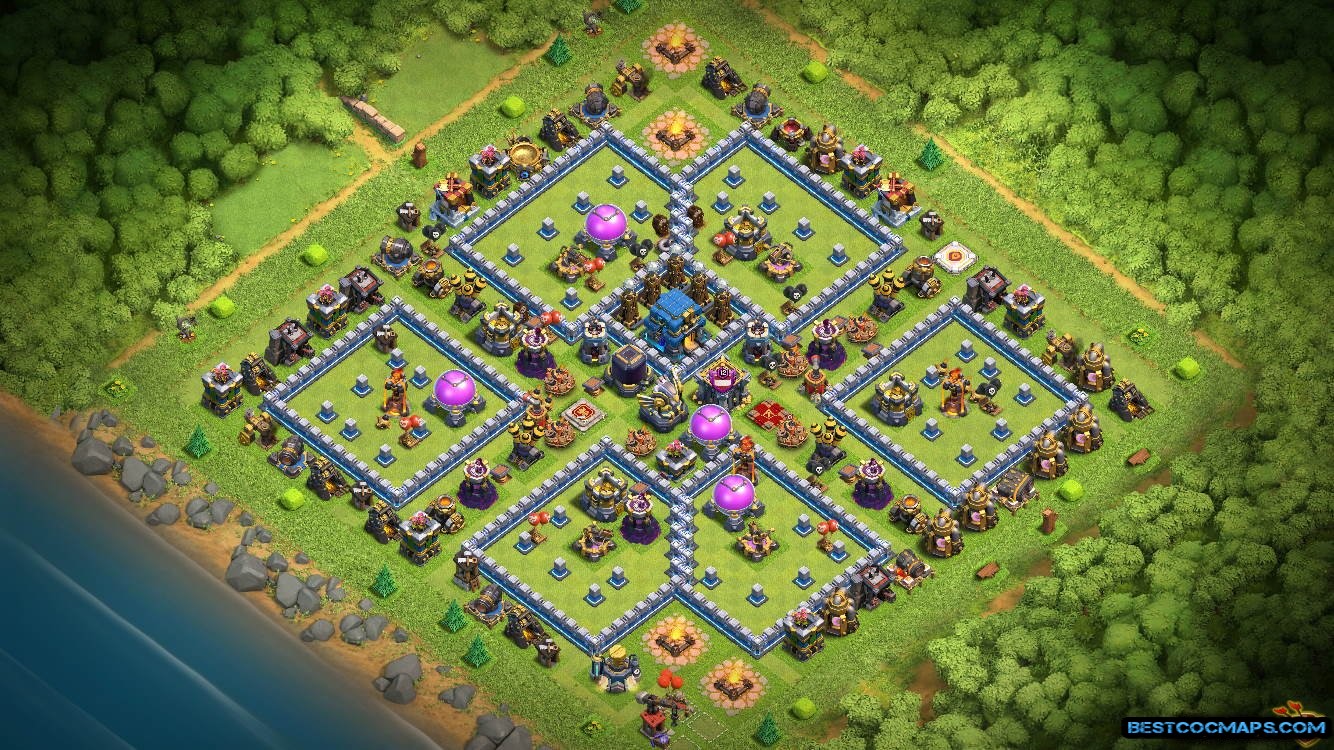 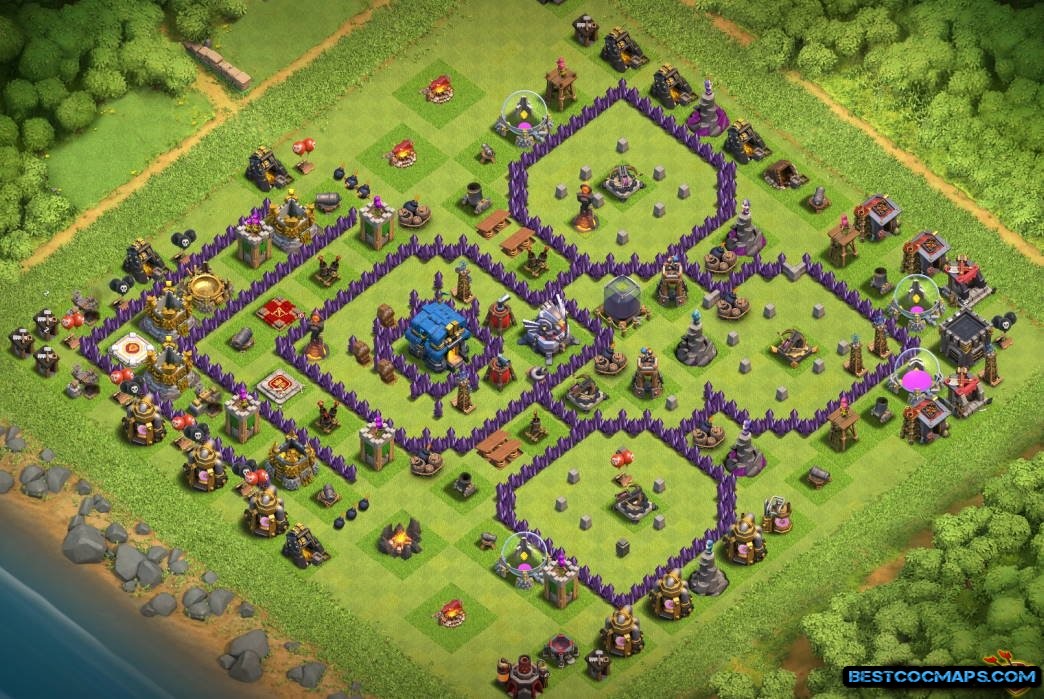 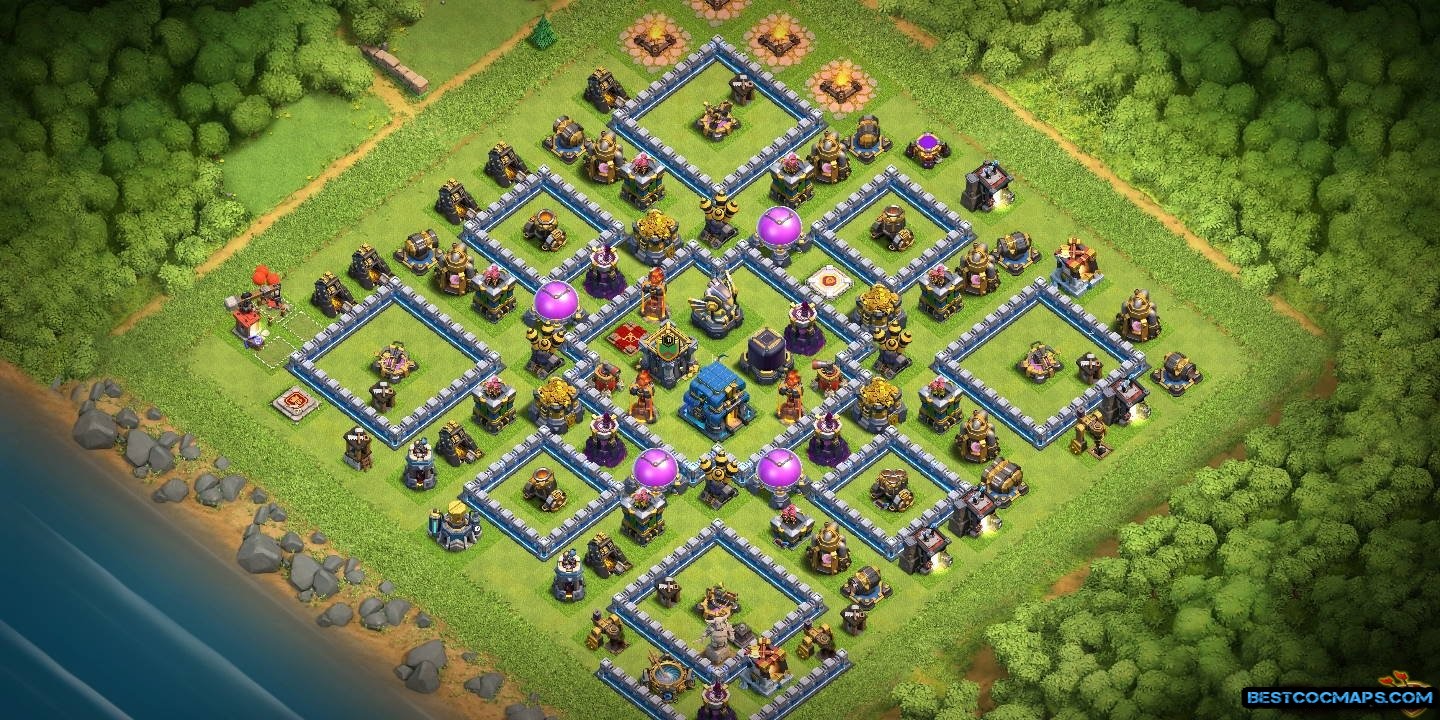