TH13 War Base: The design of a COC base depends upon the main goal of the player. For example, the user wants to play multiplayer he will be choosing the base as laid out a TH13 farming base. You need to be clear about your objective to lay out the best base.

In this article, we will be discussing the best strategies for making an unbeatable TH13 war base. We will have a good understanding of a war base and its different strategies.

A typical war base is designed to prevent your enemies from gaining stars mostly two or three stars. Successful war bases are capable of preventing the enemy from achieving their objectives and force them to initiate multiple attacks against your base.

The layout of a war base is somewhat similar to the trophy base with little alterations. There are many strong walls as they serve as barricades to the attacks. Clan castle is situated in the middle because it is hard to reach in the center and have you clan castle troops in the war. There is strong air defense at each corner of the base. Eagle artillery is located in near the clan castle. The Townhall is located in the corner. 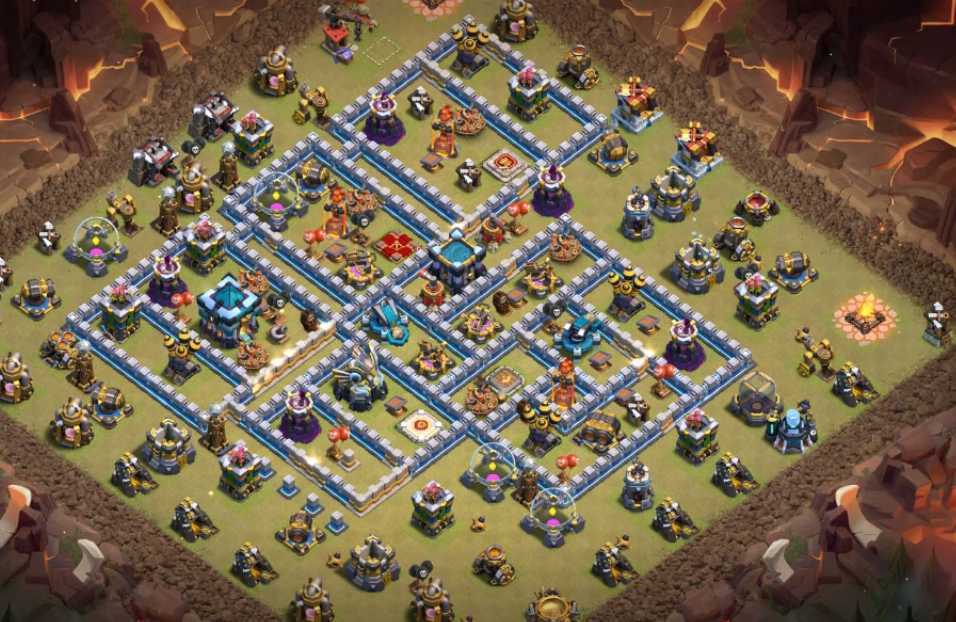 We can call it a double trophy base because of its basic design. It has additional walls that act as a barricade to the attacks. There is a lot more defense in this base in comparison to the trophy base.

We can clearly see that the town hall is in the center with a heavy defense which includes air defense and other elements including cannons that are effective in defense. There is a clan castle in the other compartment adjacent to the town hall. We have placed the eagle arterially in the compartments and we have giant bombs outside the walls for extra protection. We build many compartments in a war base because it is difficult to invade every compartment as it has walls as a barricade. 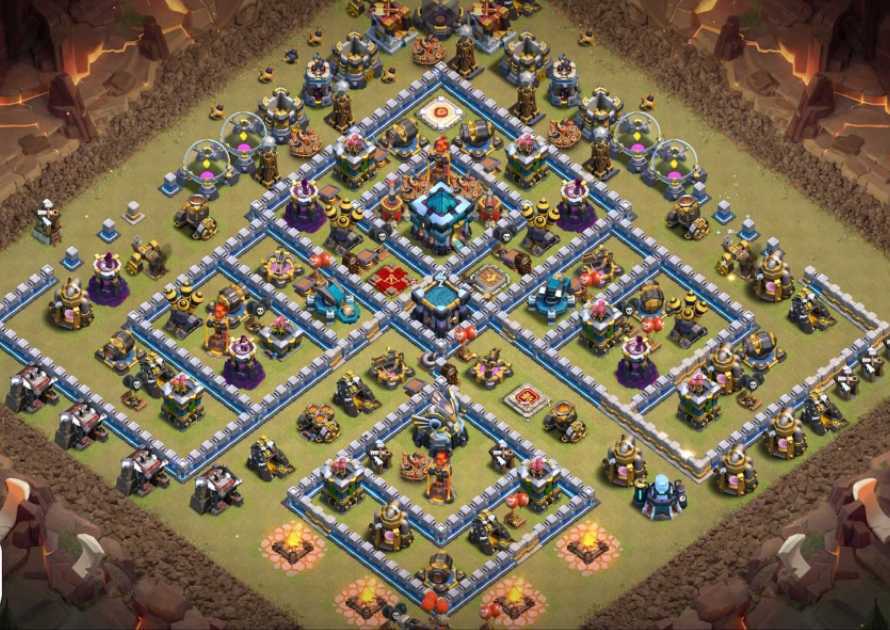 The main design and layout of this war base is similar to the base discussed above. Some elements are placed in different places. You can see giant bombs are on the other side and the position of air defense is also changed in this layout. But the overall design which includes walls and architecture is the same. This is the best TH 13 war base 2022 with link to download. 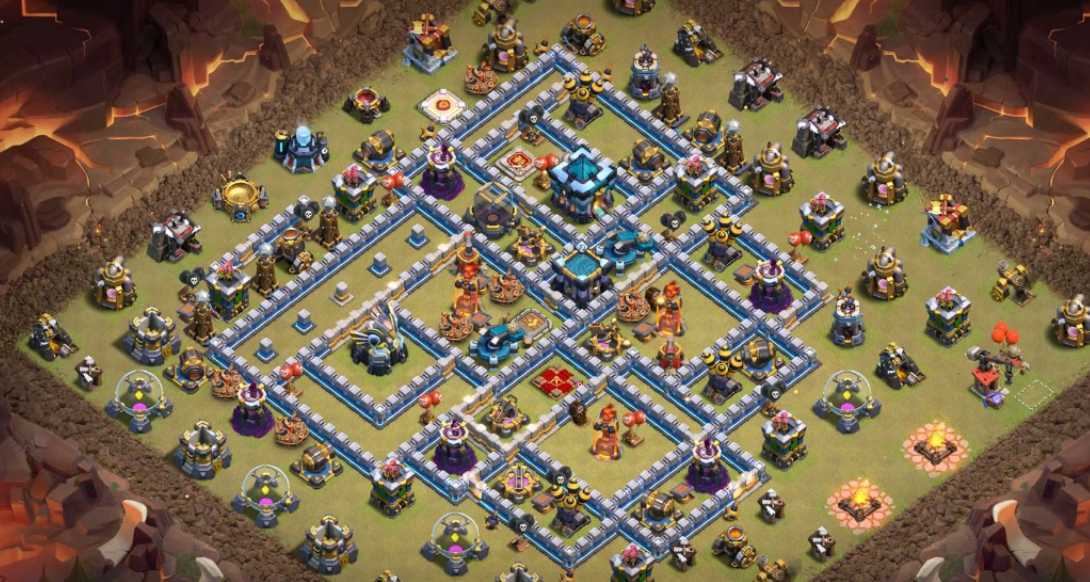 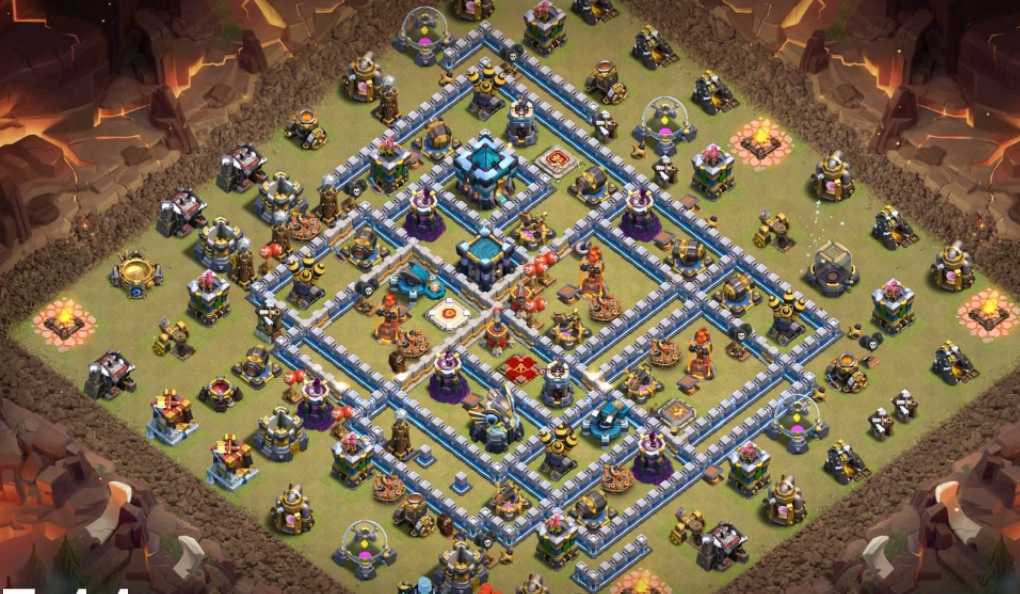 You can see the picture of a war base designed to obtain the best results. You can download it from the given link.

clash of clans town hall 8 base 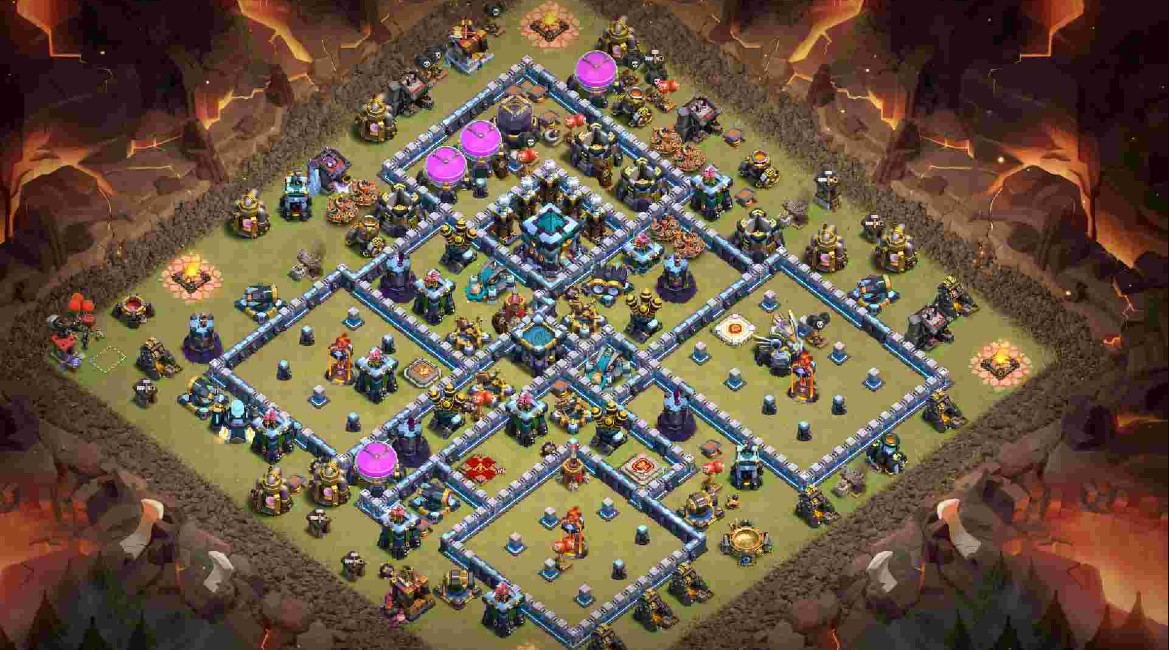 This is a highly optimized war base designed to secure and protect stars. You can observe the defensive strategies used for making this base. The Townhall is at the end of the main base. Behind it, there are giant bombs. There is one air defense in this base at the side corner. There are lots of compartments used as a strategy for defense. Wall serves additional security in case of an attack. 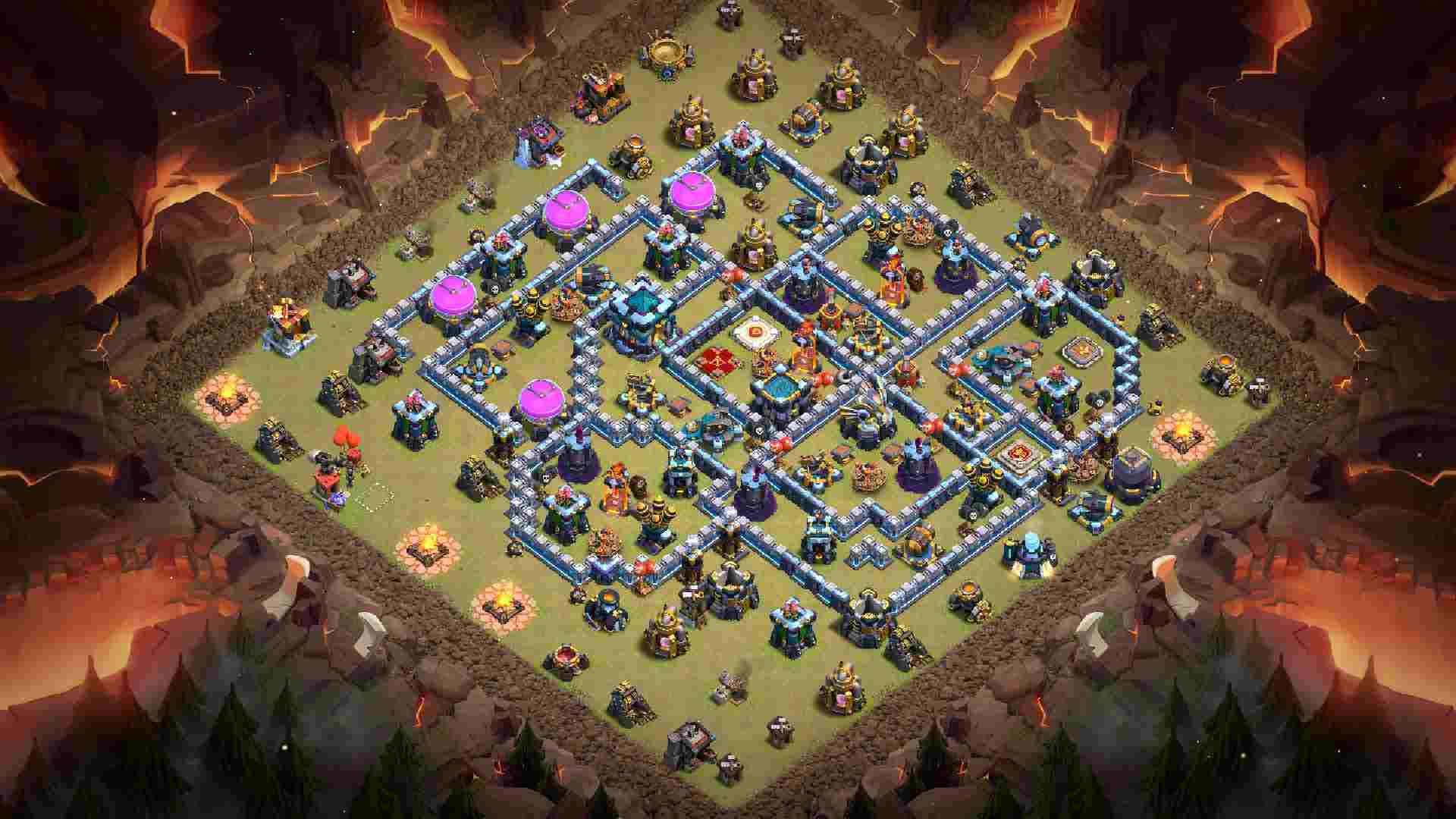 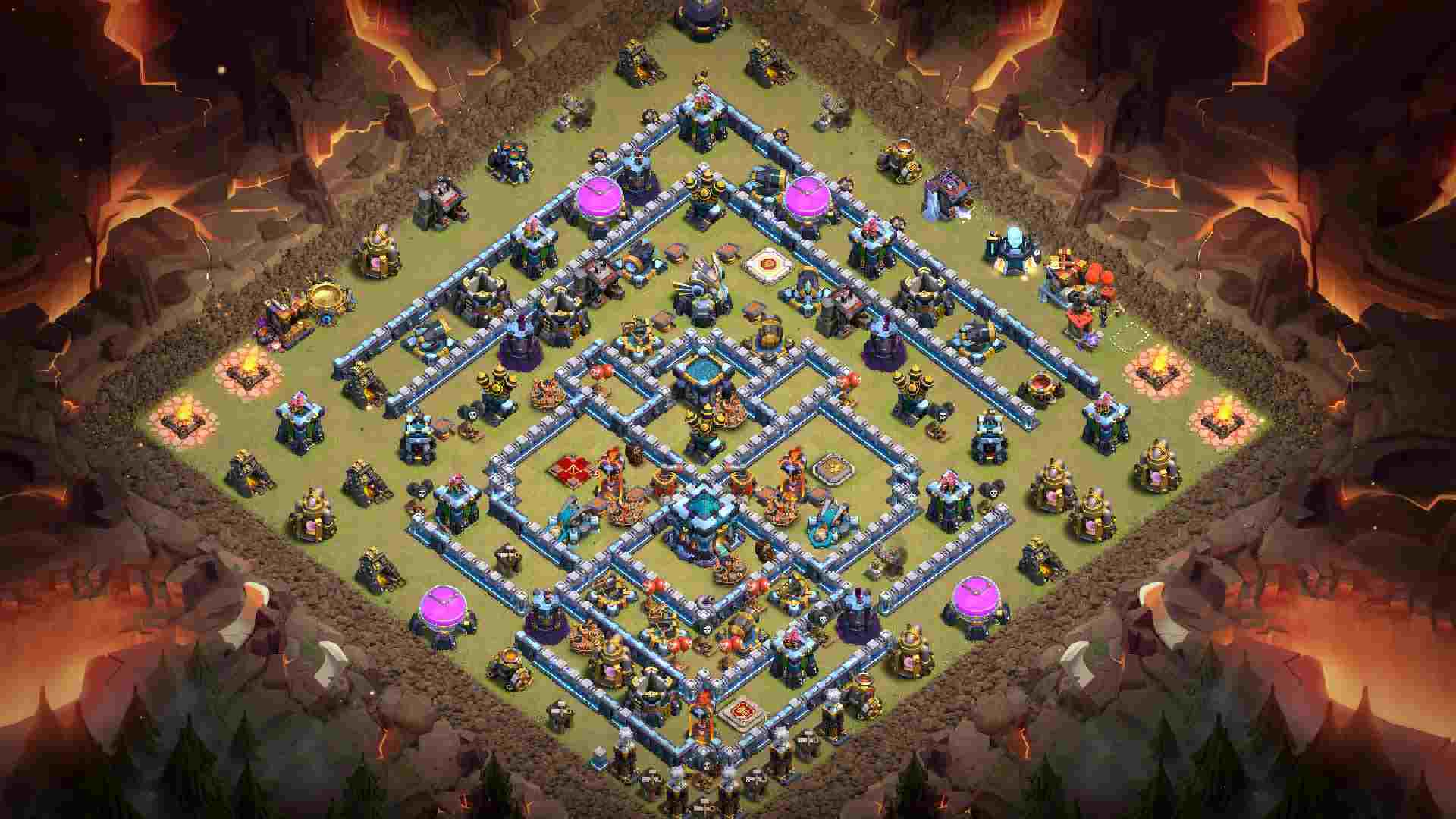 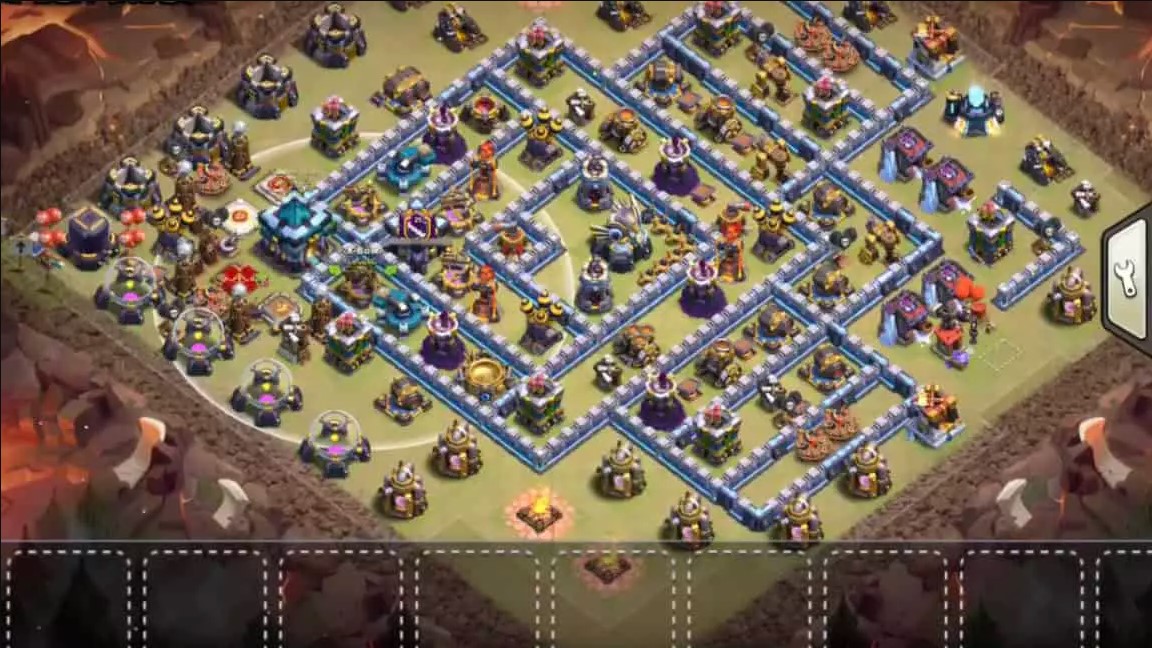 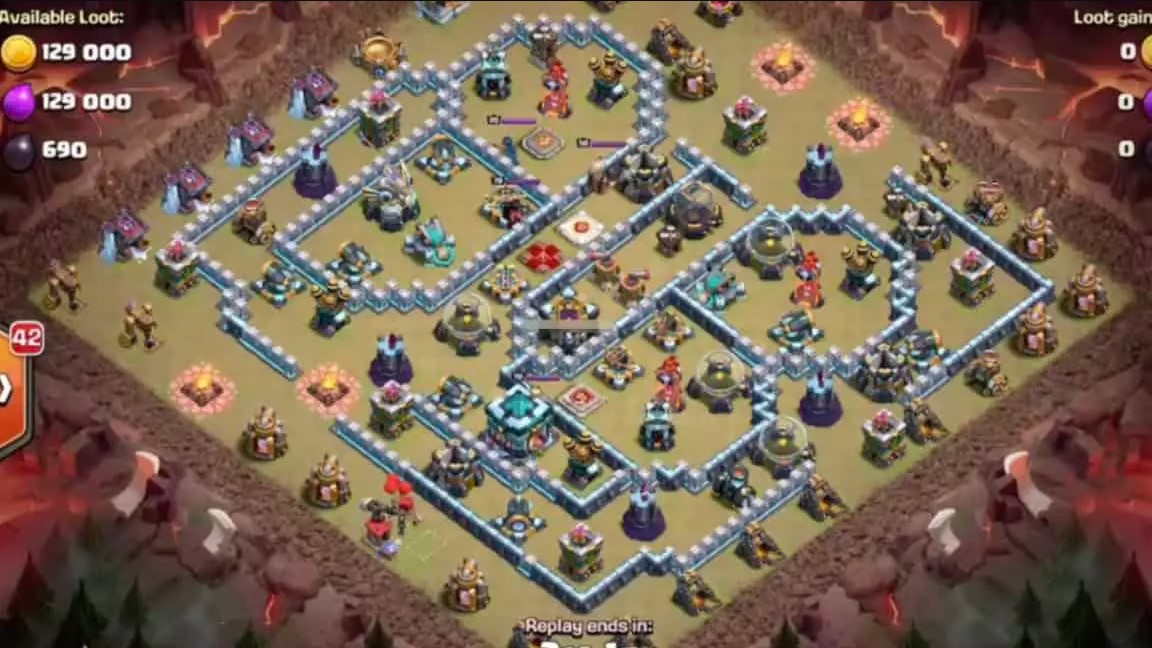