Are you tired of getting two or three-starred every time and looking for other designs? If yes, so you are at the right place. Today we will discuss the Best Th 8 War Bases. So without further ado, let’s discuss the Th8 War Base. 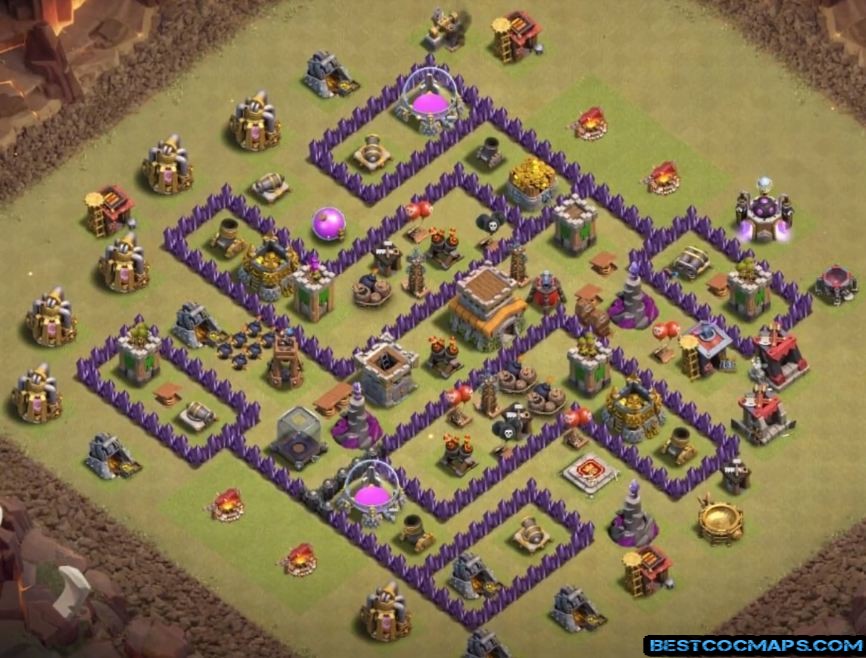 At the bottom right, a cannon and gold mine are placed. Elixir storage and a cannon are at the top left. Other buildings are there around the base to protect the base from enemies. 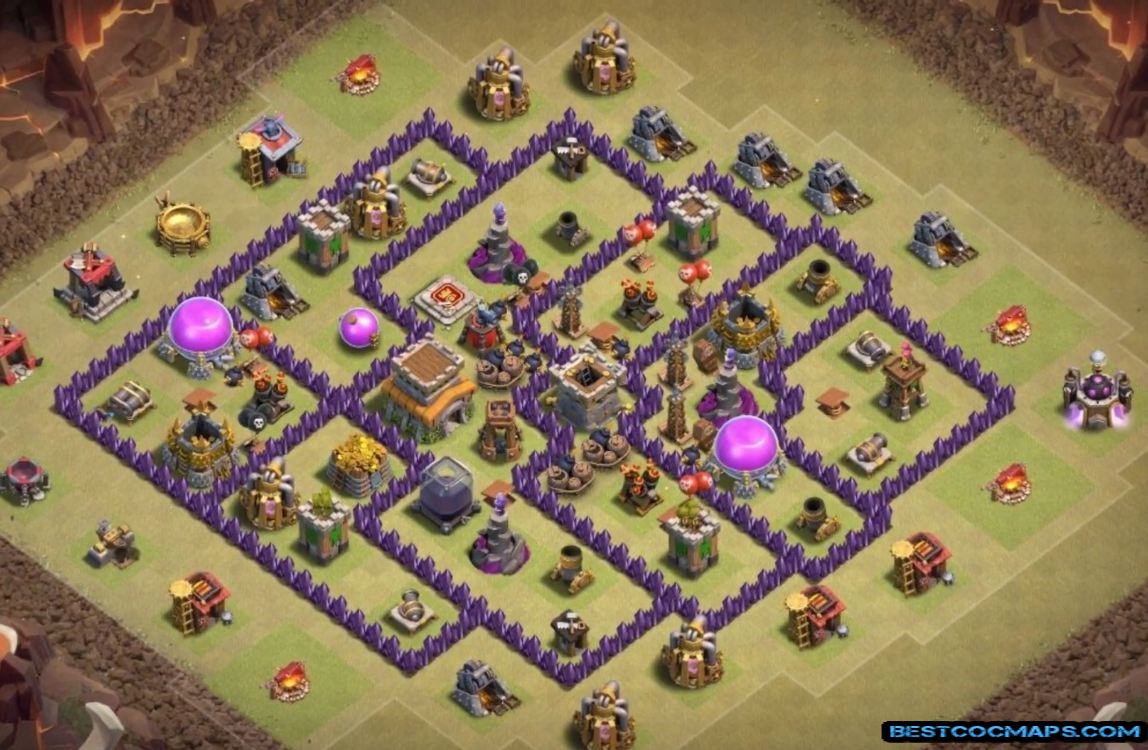 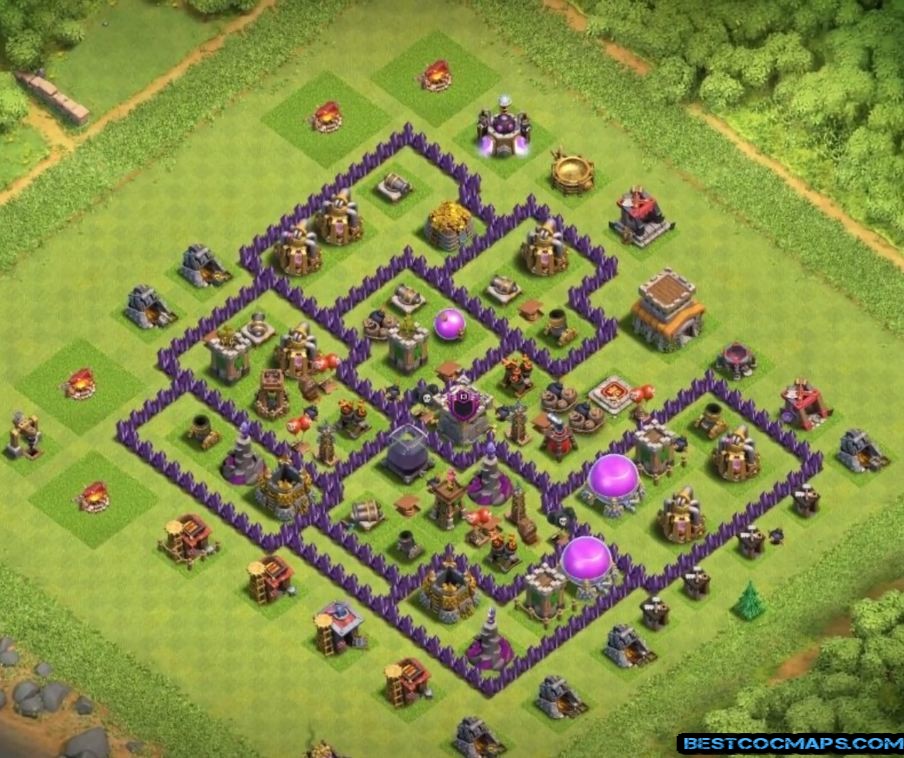 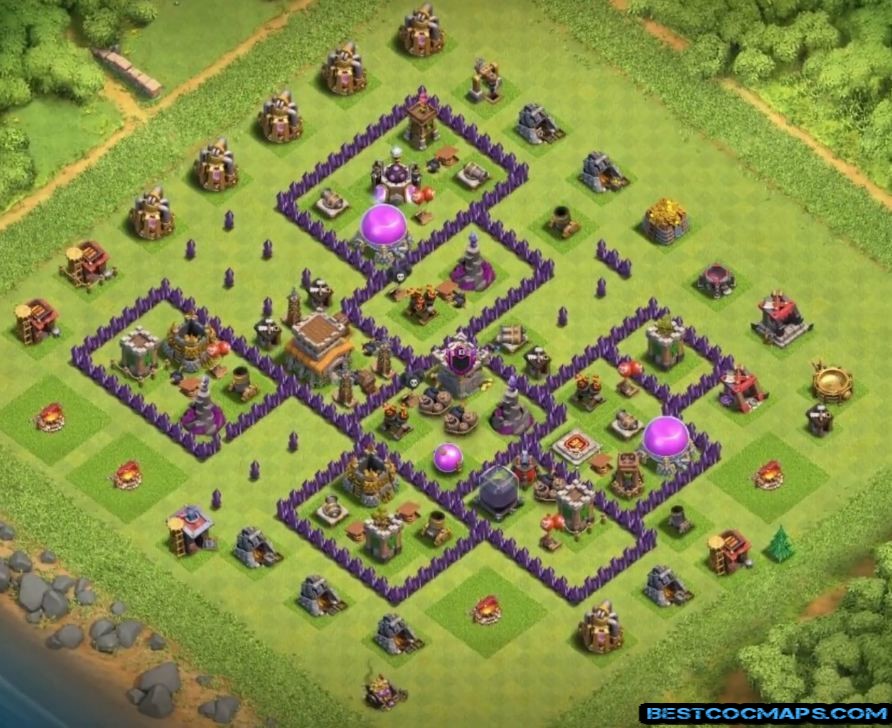 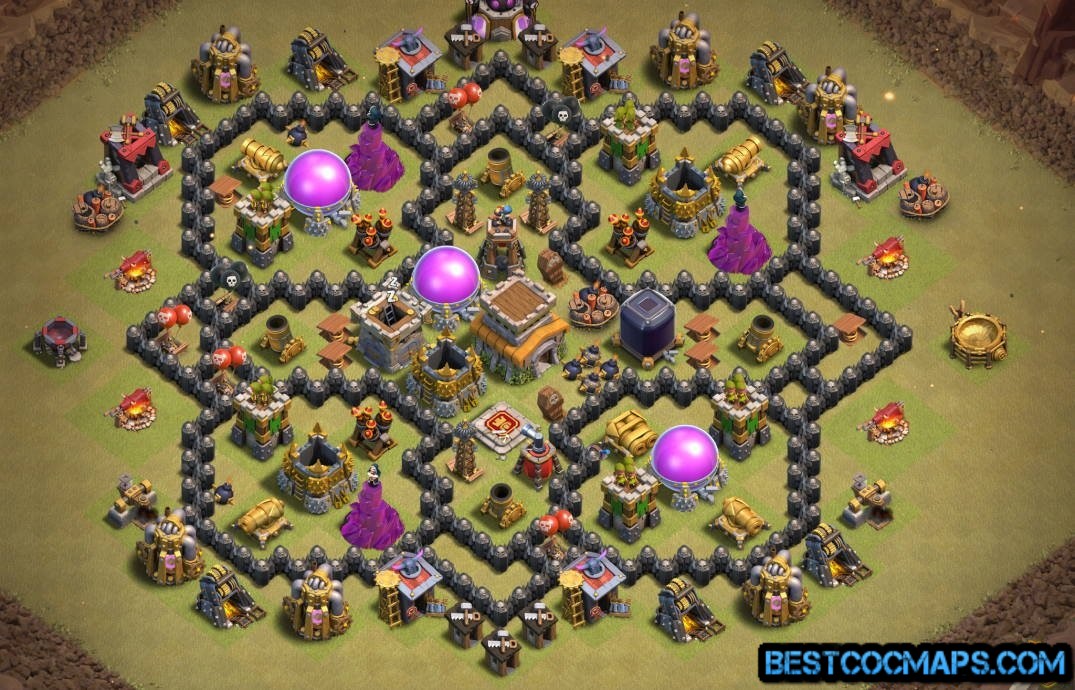 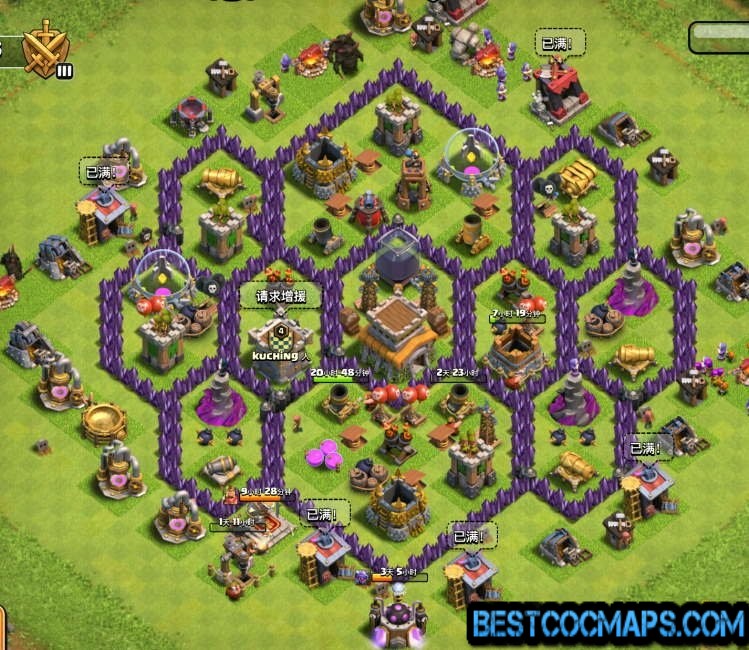 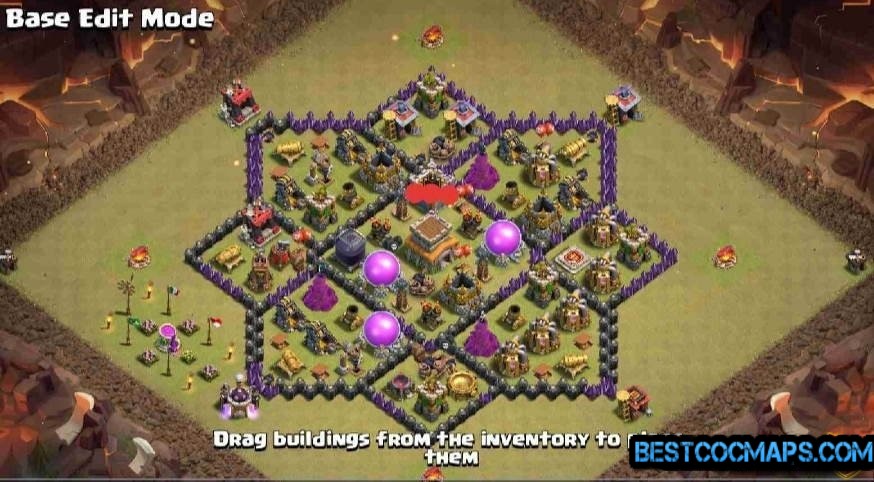 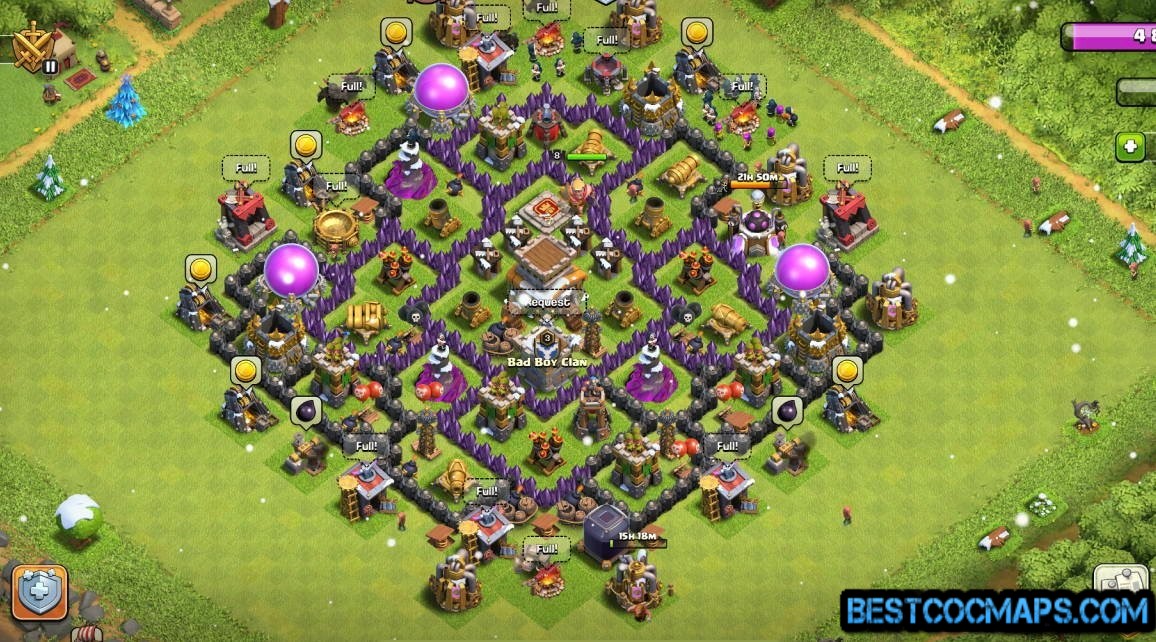 The base which we are discussing now is one of the Best Th8 War Bases. The townhall, clan castle, hidden tesla, bomb tower, mortar, and elixir storage are at the center of the base. At the top right, we have elixir storage, an archer tower, and the dark elixir drill. The cannon, gold mine, and an archer tower are at the right of the base. Then a cannon is in the next compartment. After that, an air defense, wizard tower, and an air bomb are in the next compartment. 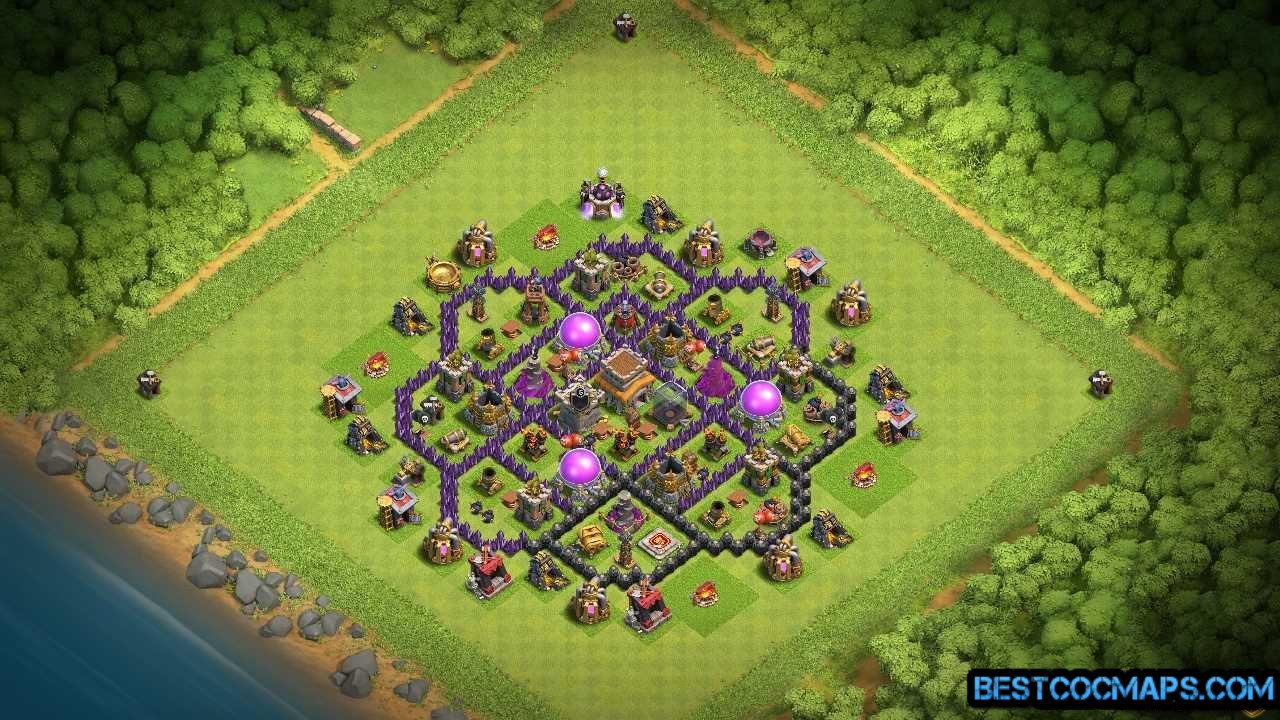 At the bottom left, we have an archer tower, dark elixir drill, and a cannon. An air defense, a bomb tower, an archer tower, and an elixir collector are at the top left. Other buildings are placed in the base and outside the walls for protecting the base against the attackers.

clash of clans best base 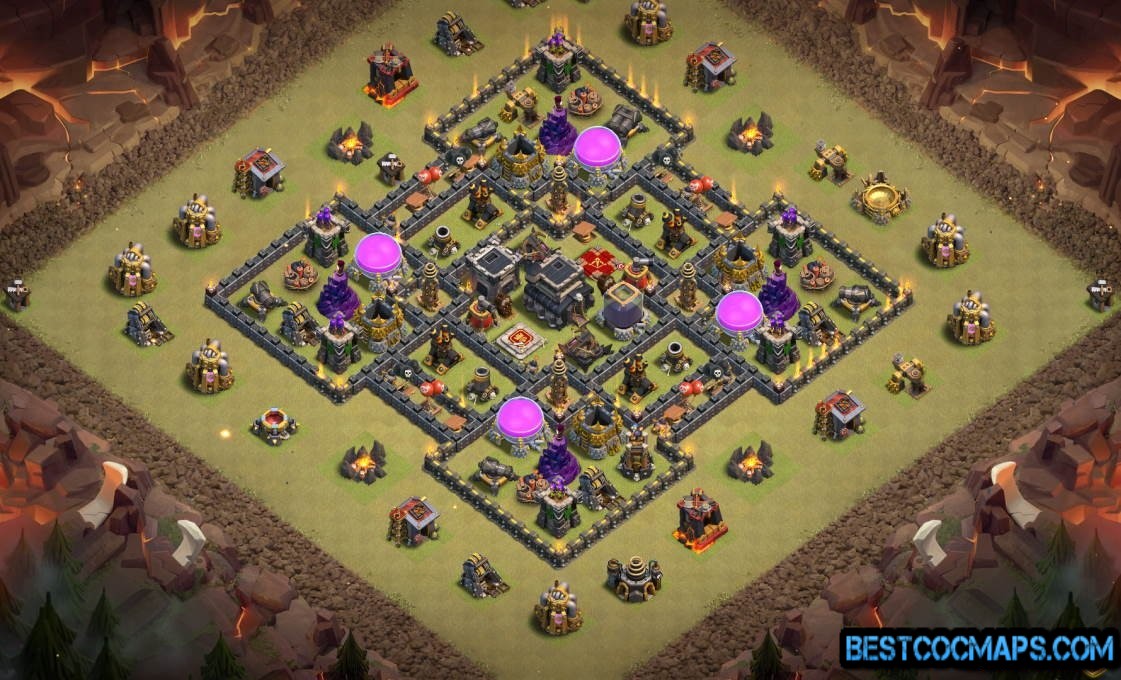