The best strategy for a strong farming base is to place the resources in the middle. As you can see that resources are scattered near the middle compartments with a heavy defense system. The Middle section has a town hall with an archer tower and eagle arterially. It protects the town hall as well as the resources. We have placed the cannons, air defense, and bows for better protection. We have placed the clan castle near the gold, elixir, and dark elixir extractor. We have planted giant bombs all over the base as a defense mechanism. 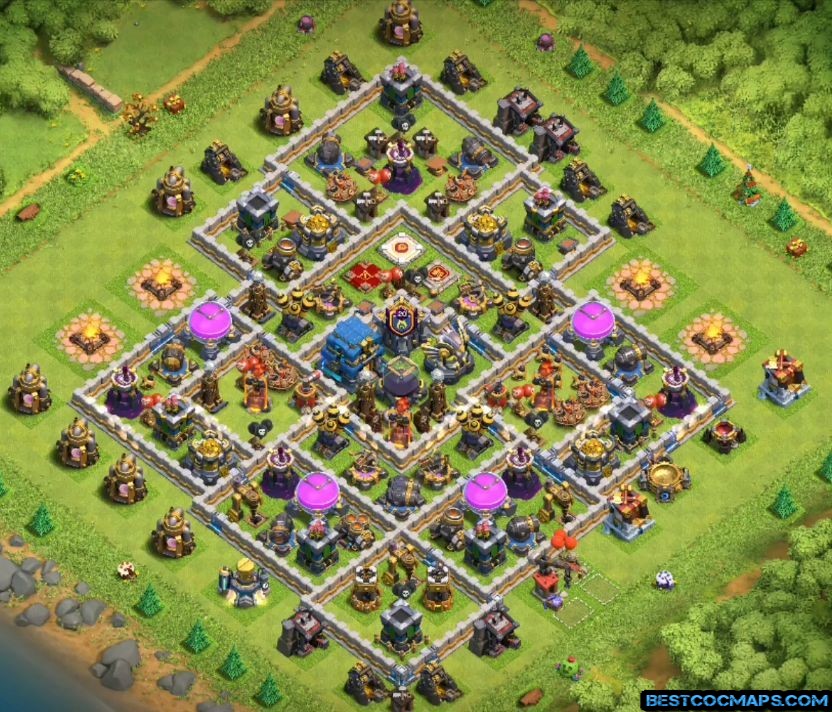 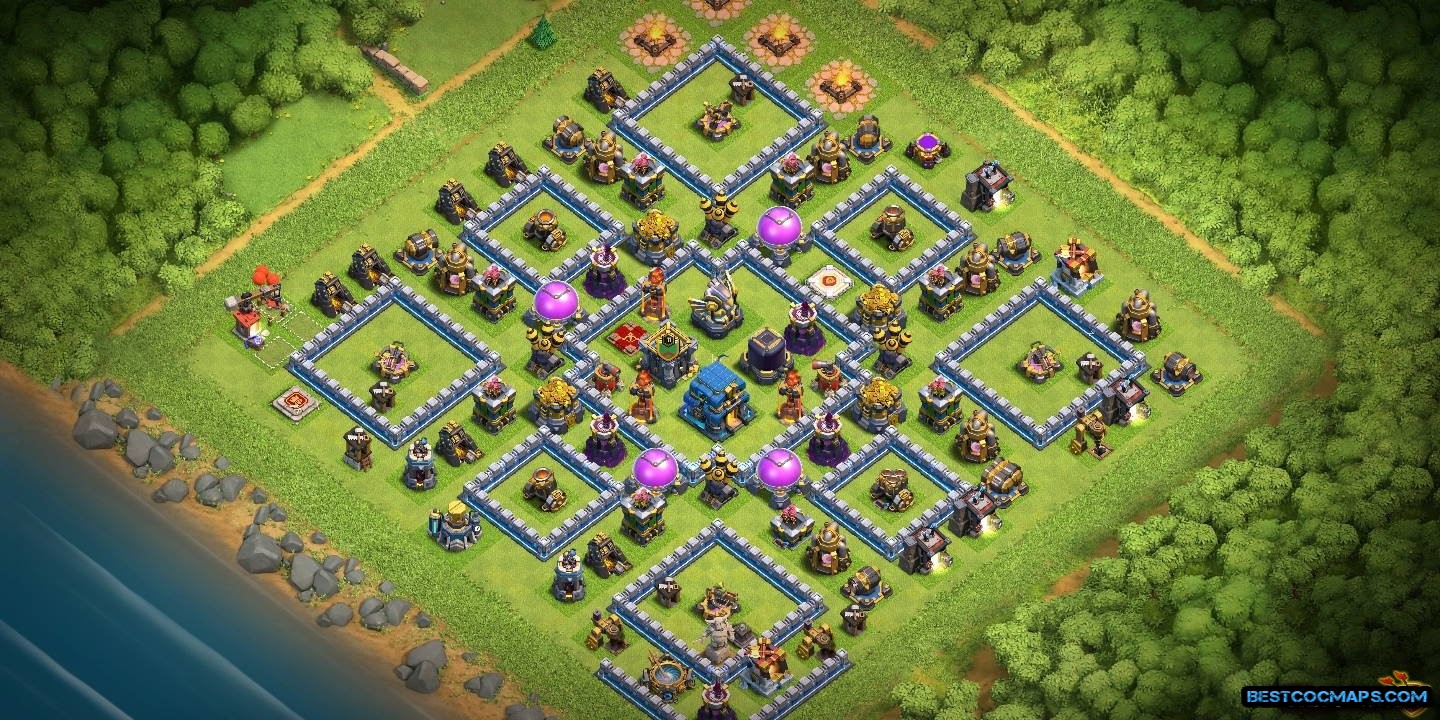 There are many compartments on this base. All the resources and defense is placed in one corner for better protection. You can see that we have placed the town hall in the corner compartment along with the clan castle. There is an eagle arterially in the middle of the base. There is air defense placed in the two corners. We have also placed the bows, cannons, and archer towers. We have archer towers located outside the walls. The walls are made strong as they serve as a barricade in case of an attack. 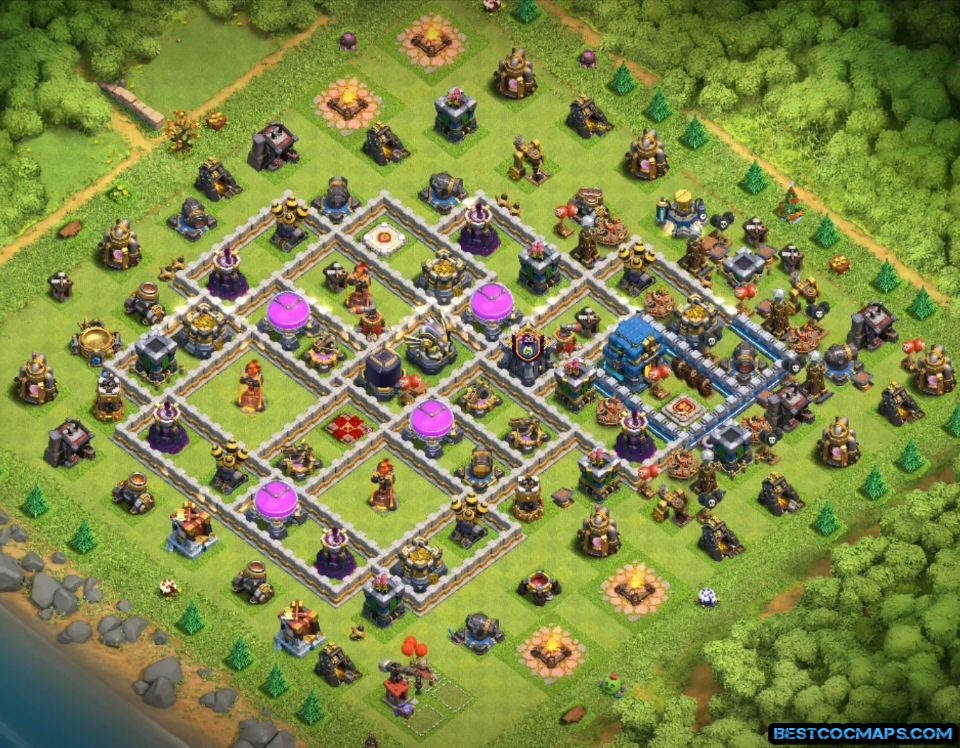 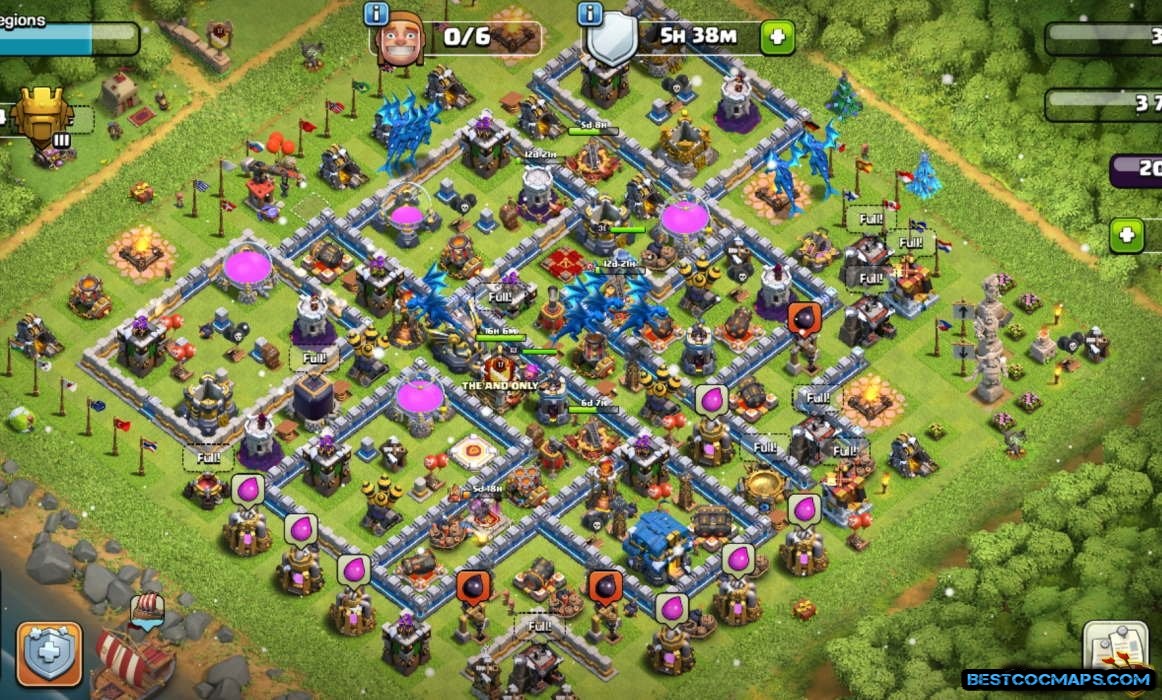 Clash of Clans TH 12 Farming Base

This base is specially designed to protect the resources from being looted by opponents. There are many compartments in this base. Four main compartments and a number of sub-compartments. Townhall is situated in the rear corner compartment along with archer towers for its defense. Behind the town hall, there are dark elixirs.

There are four giant bombs. One is located in the middle and the other three can be seen in each corner. There is air defense and eagle arterially. There is a cannon placed beside each resource like gold. 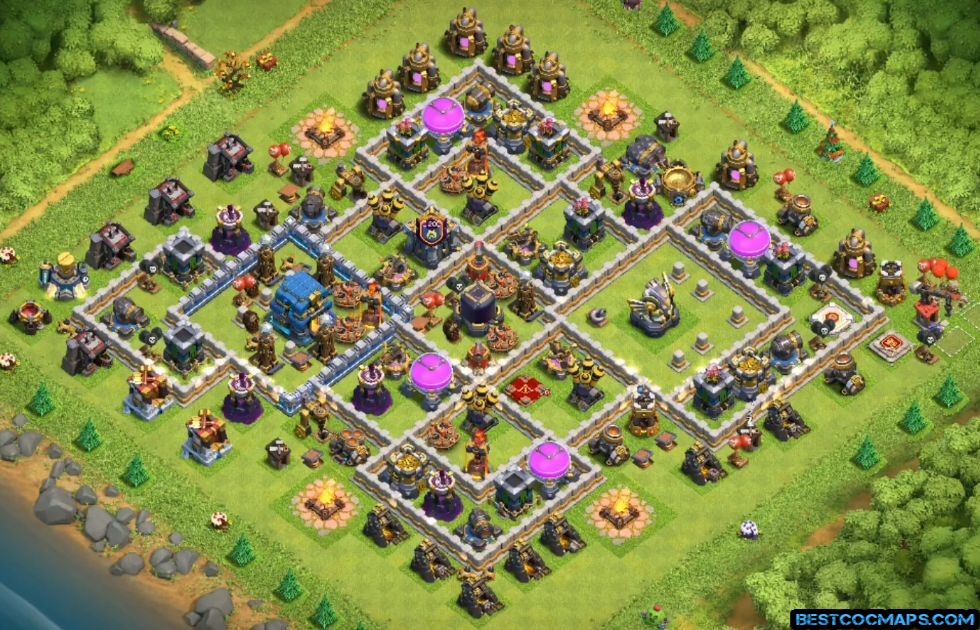 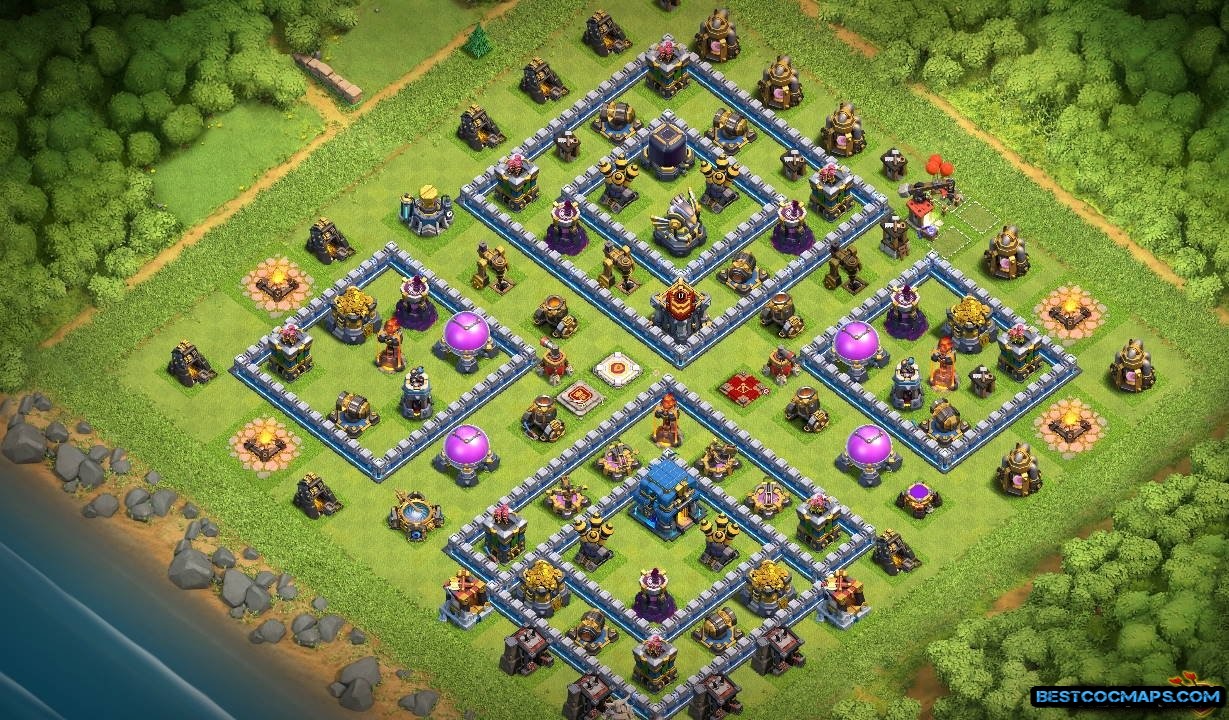 This is another farming base. The main goal is to defend the resources from attackers. You can see that there is a defense placed wherever there are resources. Townhall and some gold are in the middle guarded with giant bombs and cannons. There are eagle arterially and archer towers in the same compartment which is near the other compartments where there are gold and elixirs. We have placed air defense as well for better safety of the base. 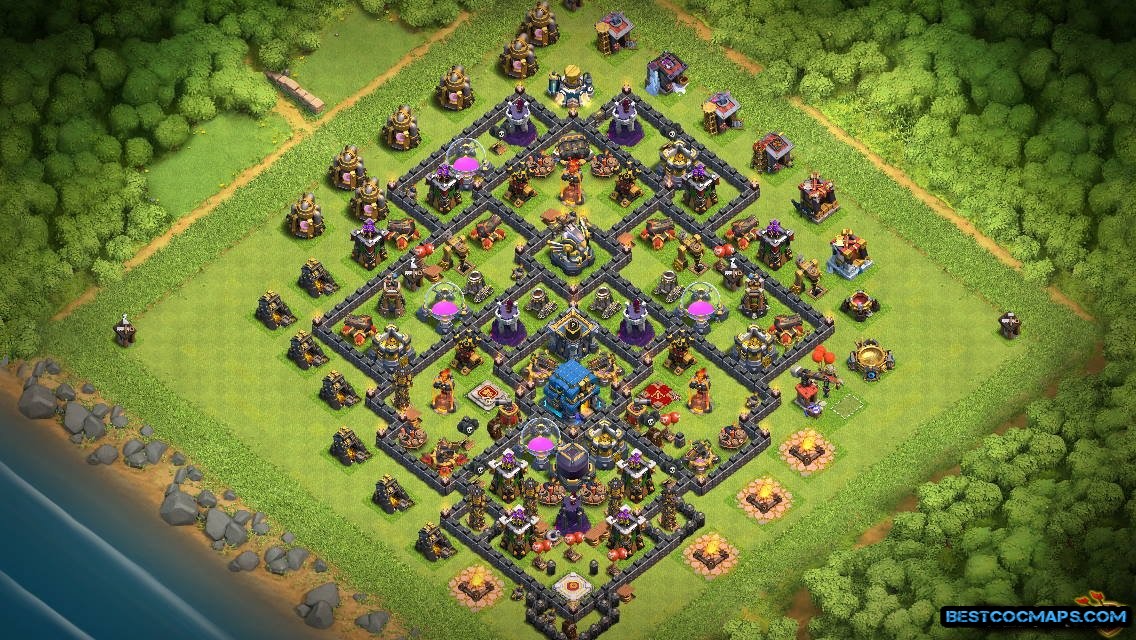 This is a town hall 12 farming base with an extraordinary defense system which makes it anti-everything. If you wish to download this base, click on the button below.

We have discussed the strategies for the best TH12 farming base. We will be discussing the TH12 trophy base in our next article.

clash of clans th10 farming base 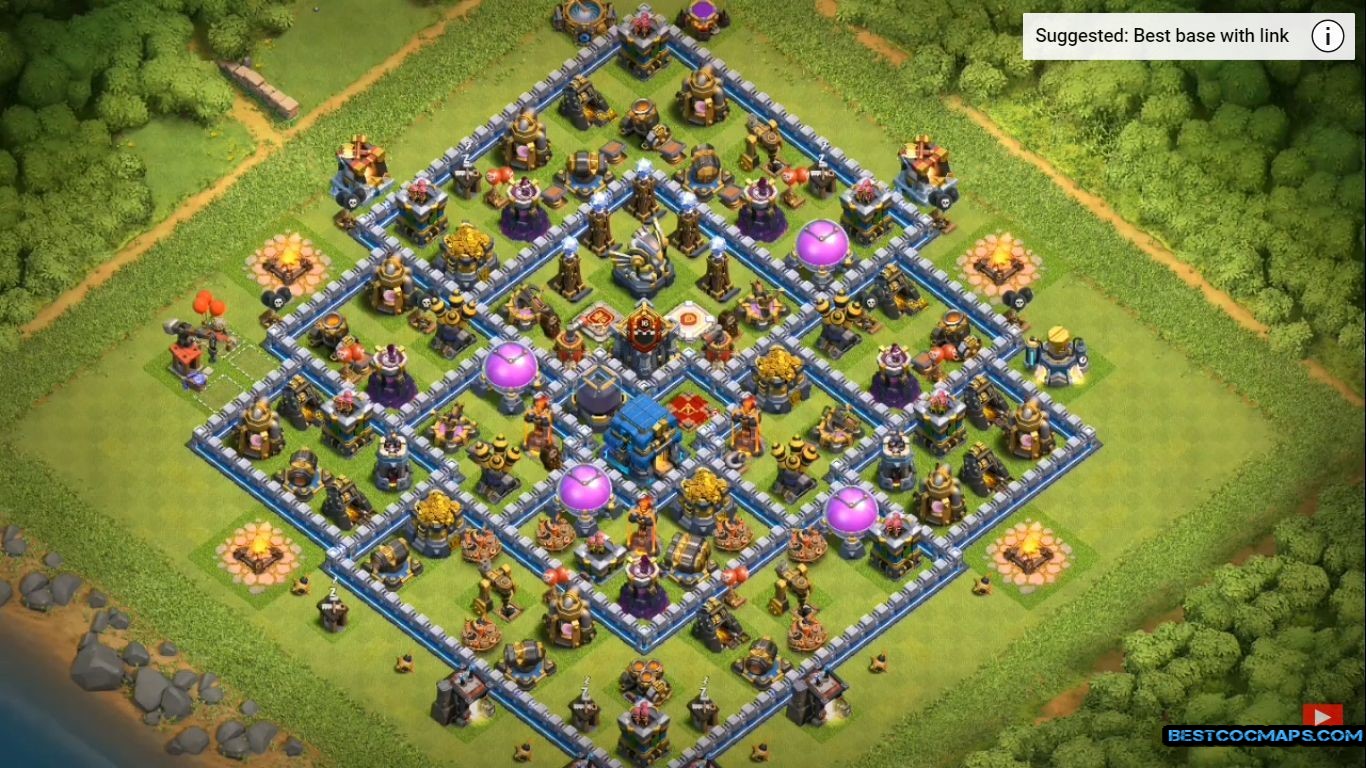 Town Hall 12 Farming Base Anti Everything 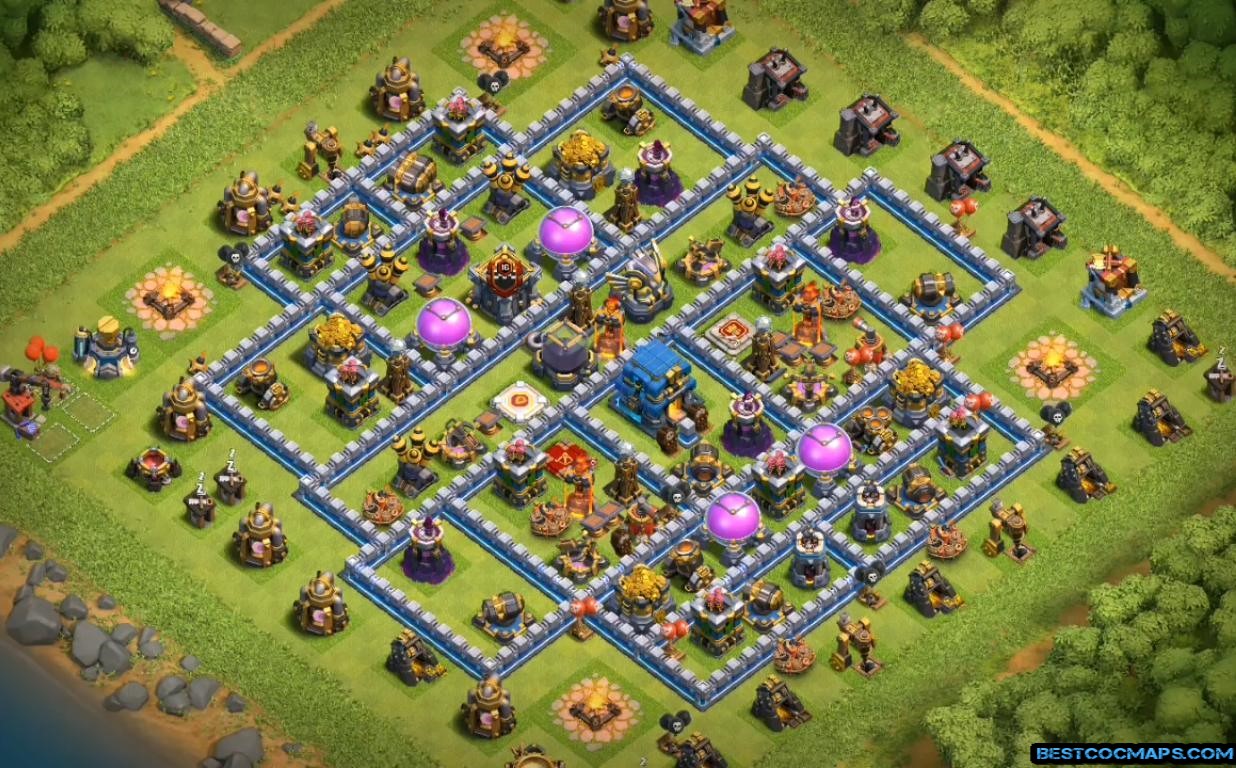 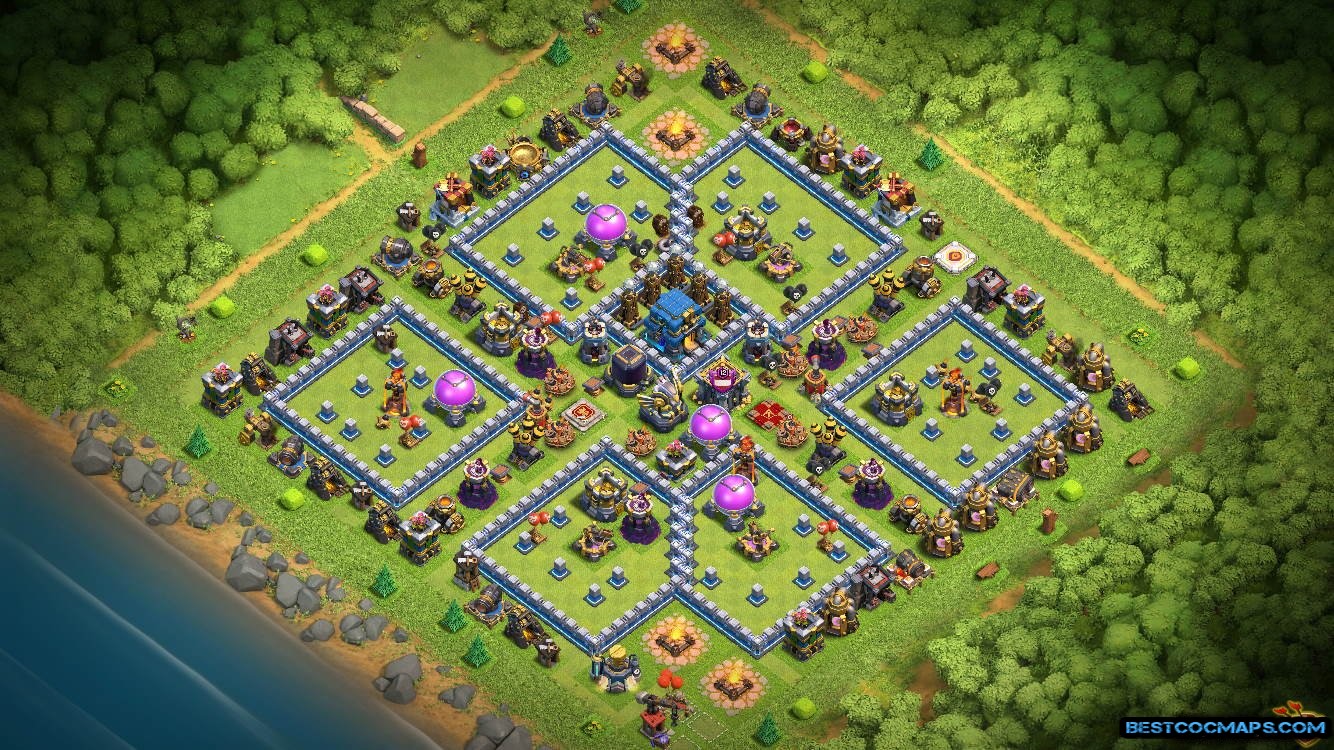