If we talk about this base, only one compartment is present in this base. Three gold mines, two gold storages, elixir storages, three elixir collectors along with the other building are placed inside this compartment.

The town hall, the clan castle, two army camps, laboratory, two barracks, two bombs, two builder’s hut, an archer tower, two cannons and a mortar are outside the walls to protect the base. 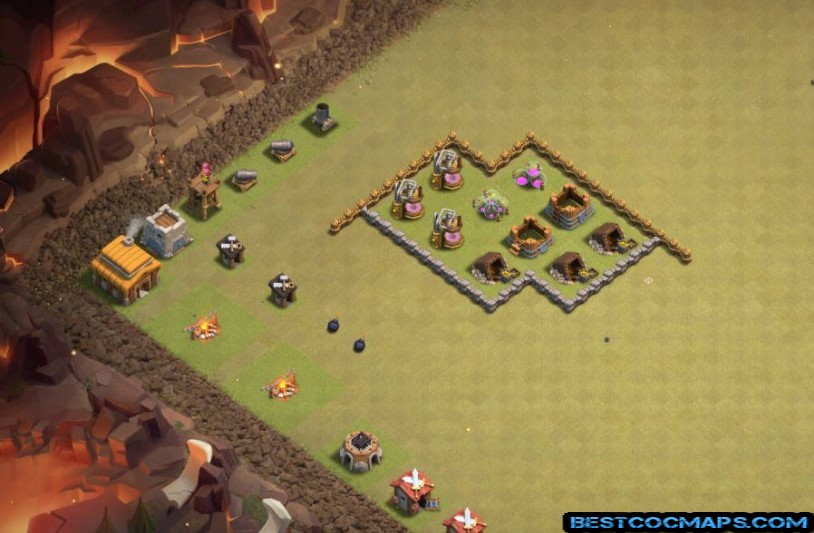 The townhall, two barracks, three gold mines, two gold storages, laboratory, two army camps, three elixir collectors, two elixir storages, the clan castle, walls, and two bombs are outside the walls to defend the base from the attackers. After looking at this layout, we can say undeniably that this design has to be in the list of the best town hall 3 bases 2022 if not the best. 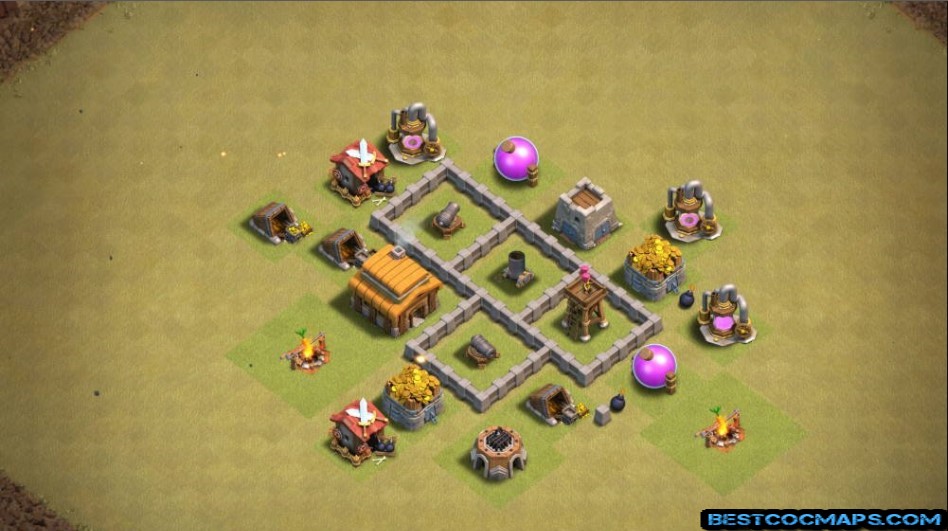 This base also consists of one compartment only. In the center, we have the town hall, two cannons, a bomb, elixir storage, gold storage and an archer tower.

The clan castle, three gold mines, two army camps, two bombs, three elixir collectors, elixir storage, walls and the two builder’s hut are outside the walls to protect the base from the opponents. 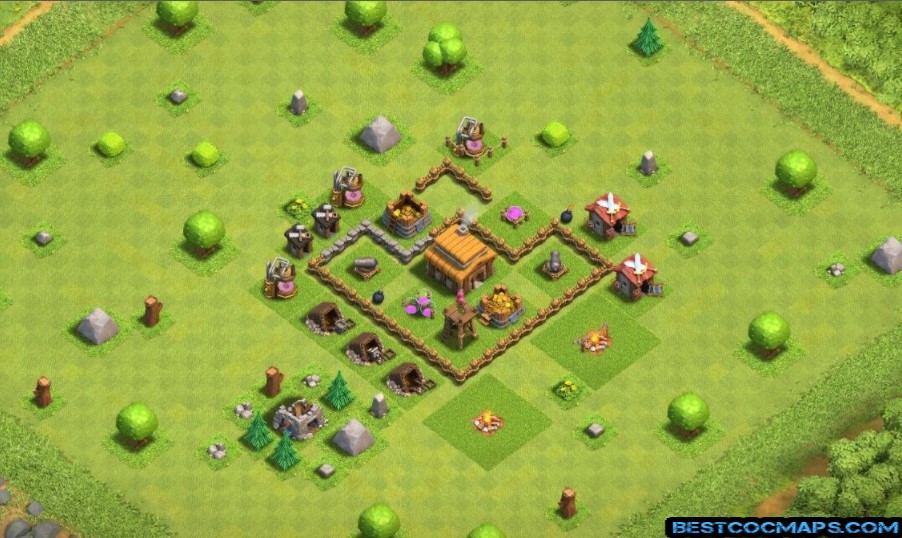 Recently, this layout is put in the best th3 bases. This base is also comprised of one compartment. The town hall, the clan castle, an archer tower, a mortar, two cannons, two bombs and two builder’s hut are in the compartment. 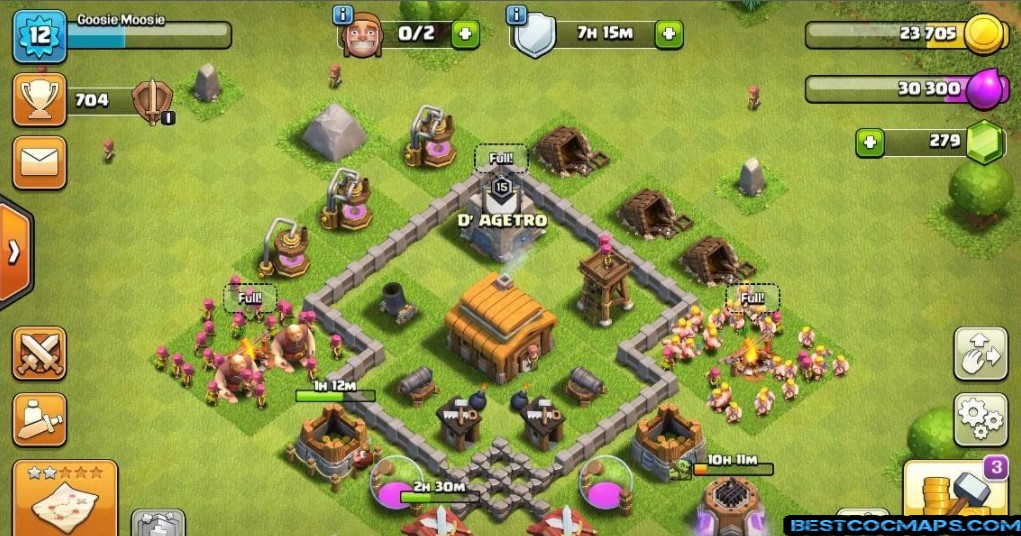 Two barracks, two elixir storages, a laboratory, two gold storages, two army camps, three elixir collectors, two walls together with the other buildings are outside the walls to defend the base. 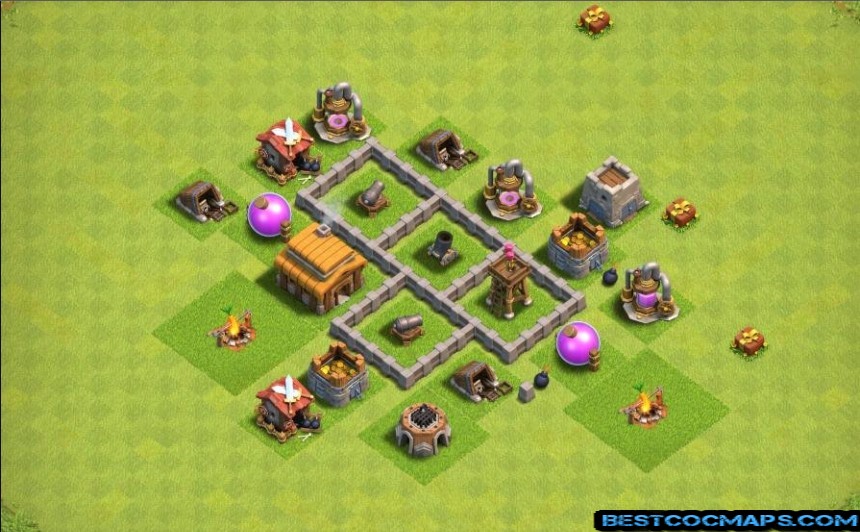 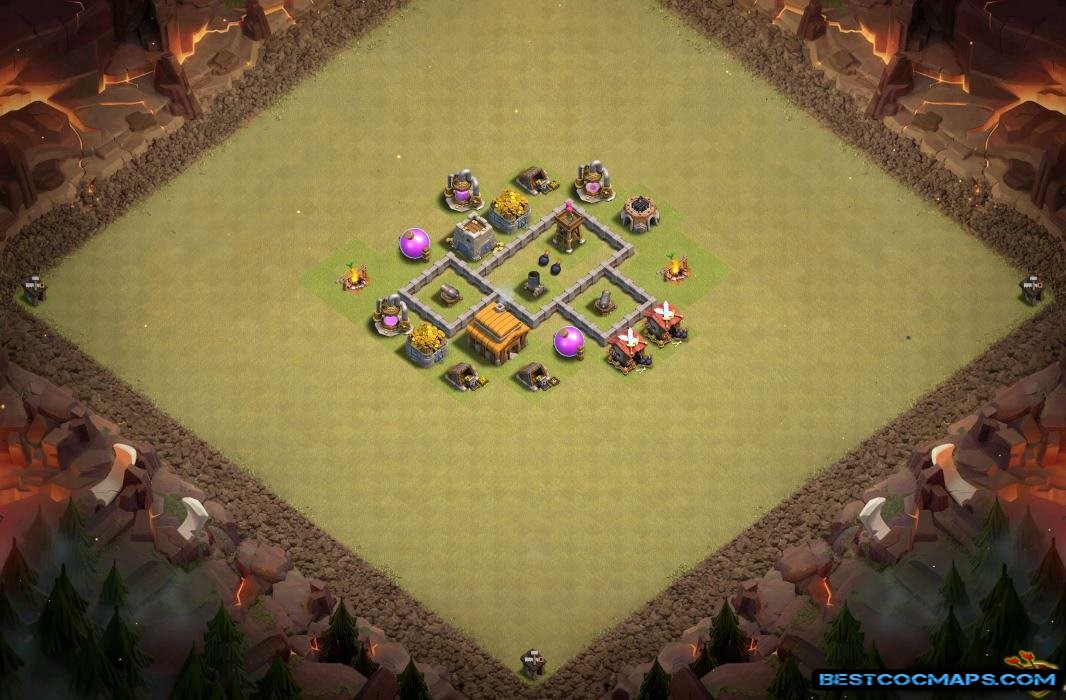 clash of clans town hall 5 base 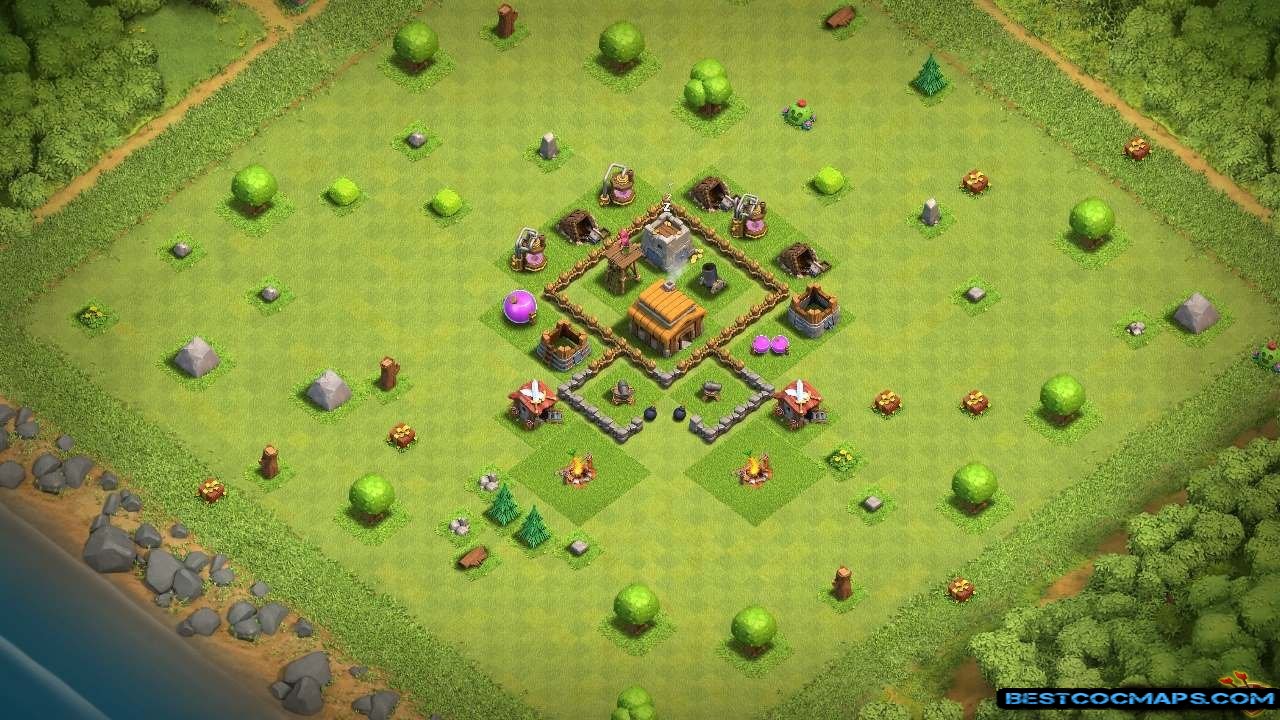 So these are the best th3 bases. Download these bases by pressing the download button and use these base without any worry. Moreover, if you want to ask anything about the game or if you have any confusion. Feel free to contact us. Thanks.