Hello Folks, how are you all? I hope you are performing brilliantly in your clans. Today we have come up with the top-level Th 7 Hybrid Bases. These bases can save your base from looting in the multiplayer. You will not get two or three starred by using these bases. So without further ado, let’s discuss the th7 hybrid base.

Three builders’ hut, two hidden teslas, two giant bombs, four army camps, a laboratory, and the gold mine, are outside the walls for the protection of the base.

Clash of Clans TH 7 Hybrid Base 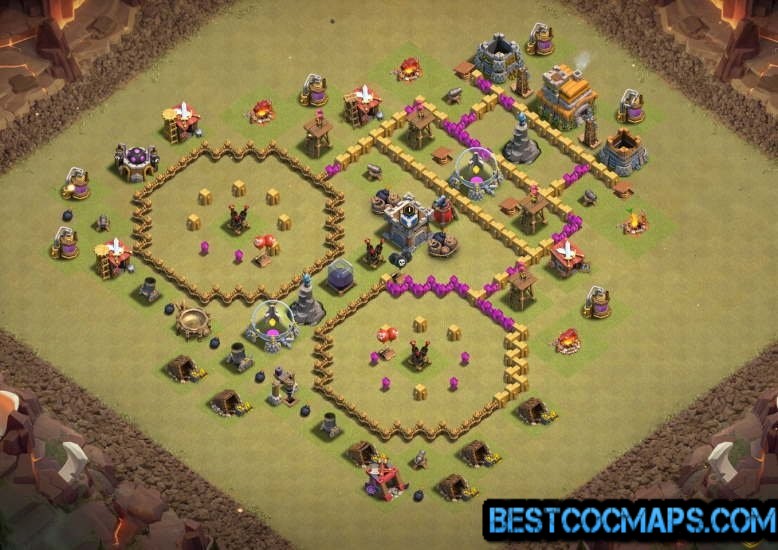 At the top right, we have elixir storage, an archer tower, and a cannon. The gold storage, an archer tower, and a cannon are at the top left. Six gold mines, an air sweeper,  four army camp, two giant bombs, two builders hut, a laboratory, and two hidden teslas are outside the walls. Other buildings are also outside the walls for protecting the base.

clash of clans th7 base 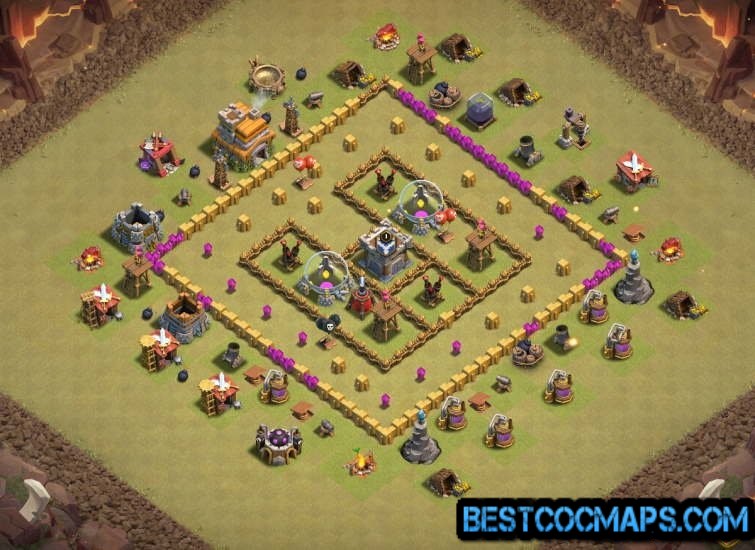 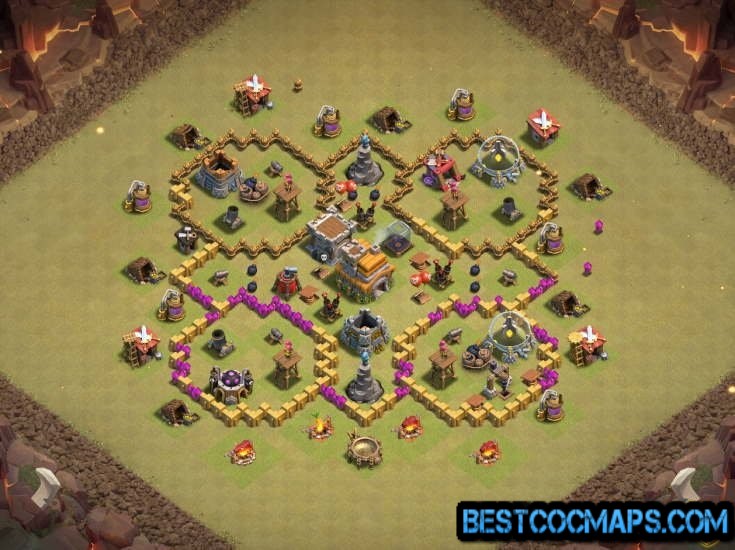 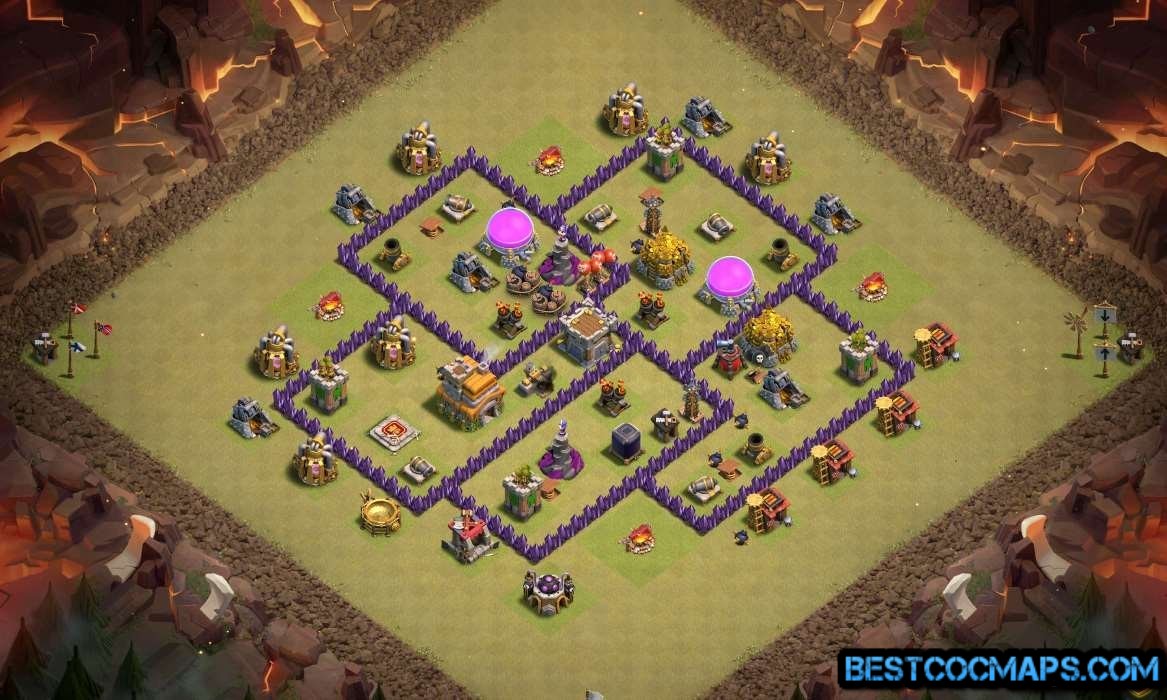 TH 7 Hybrid Base Without Barbarian King

This base is recently included in the best th7 hybrid bases. The clan castle is at the centre. Air defense is placed at the right. Above the center, we have an air defense, elixir storage, an air bomb, and an archer tower. Identical buildings are below the base except for an air sweeper. Two air bombs along with the other buildings are around the centre. 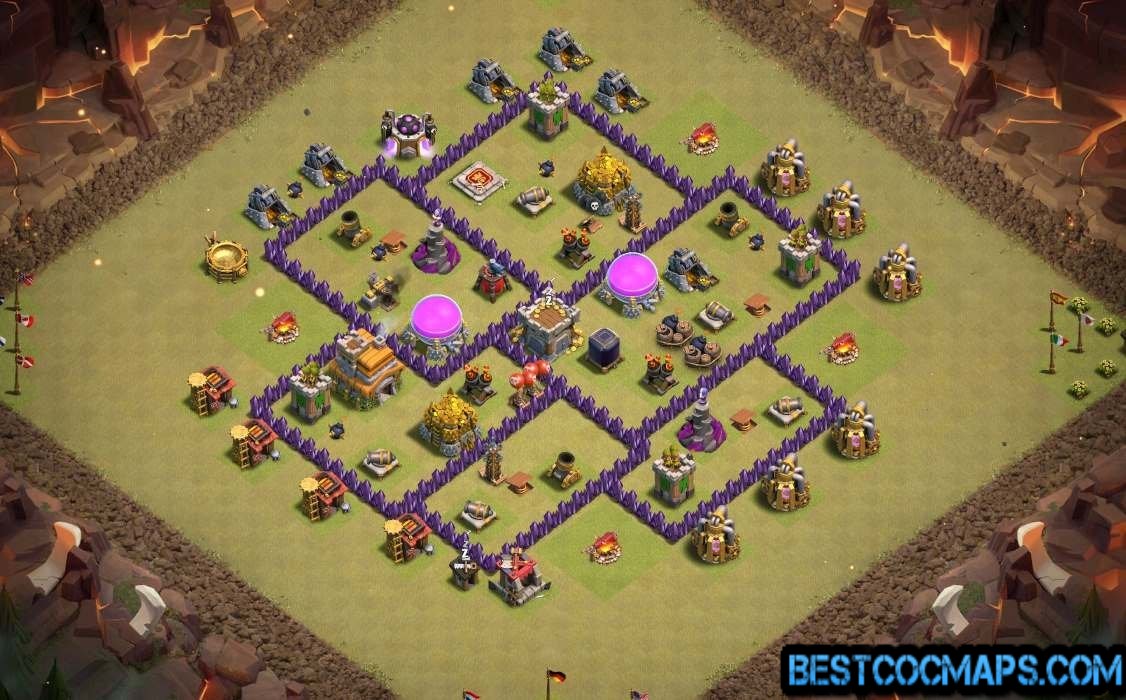 clash of clans base layout 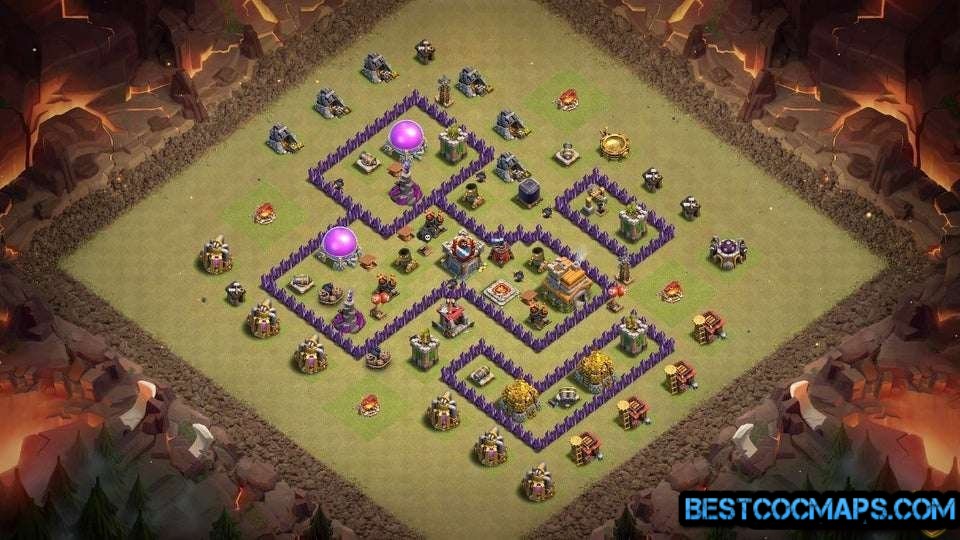 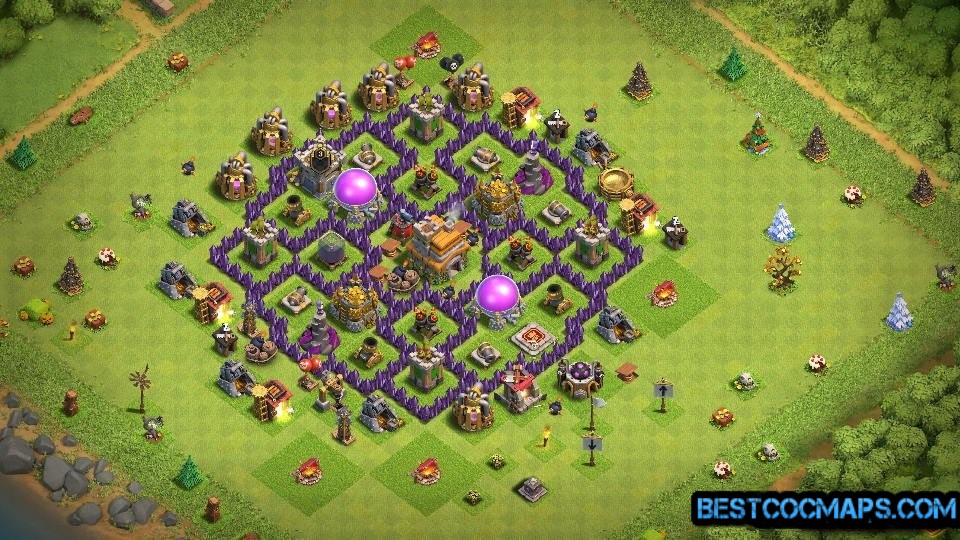 Then, we have an archer tower, a cannon, a giant bomb, gold storage, and a mortar. Six gold mines, three army camps, a builder’s hut, builder barrack along with the other buildings are outside the walls protecting the base. So after seeing this base, we can say that this base is certainly;y among the best th7 hybrid bases.