Are you searching for the Th11 War base links 2022? So if you are searching that so your searching ends here. Here, we have gathered the top 10 th11 war layout designs that are anti 2 and 3 stars.

At the base’s top right, we have two hidden teslas, two cannons, two giant bombs, mortar, and a spring trap. Below that compartment, we have a bomb, archer and wizard tower, hidden tesla, cannon, and elixir storage. After that, we have gold storage, mortar, dark elixir drill, and an archer tower. Right after that, we have a gold mine, gold storage, wizard and archer tower, X-bow, cannon, and elixir storage.

We have two builder’s hut, a giant bomb, and an archer tower. Then, we have archer and wizard tower, elixir storage, X-bow, elixir collector, cannon, and gold storage. There are other buildings as well outside the walls defending the base. 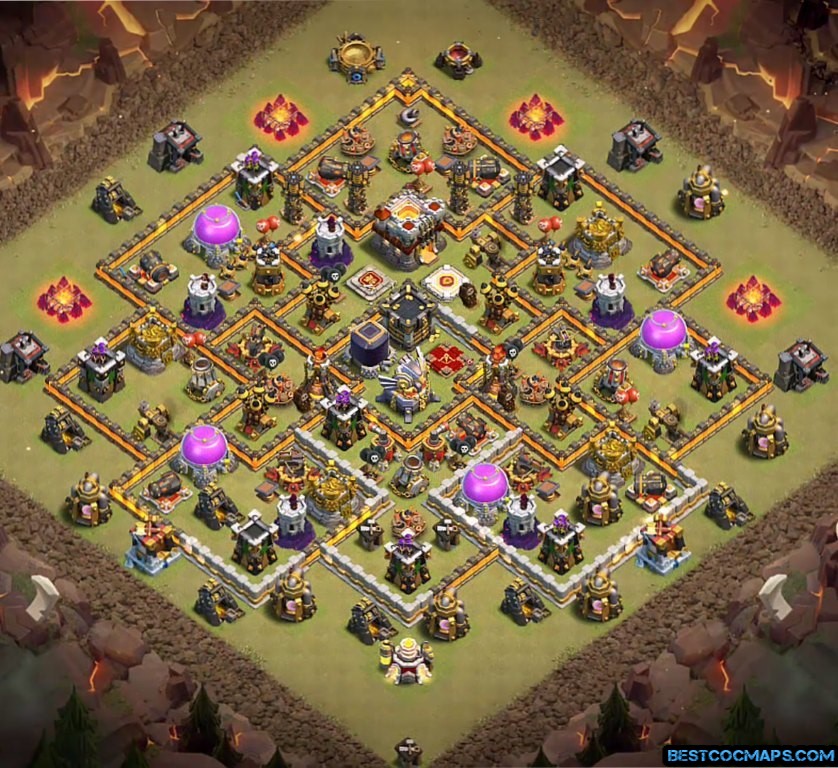 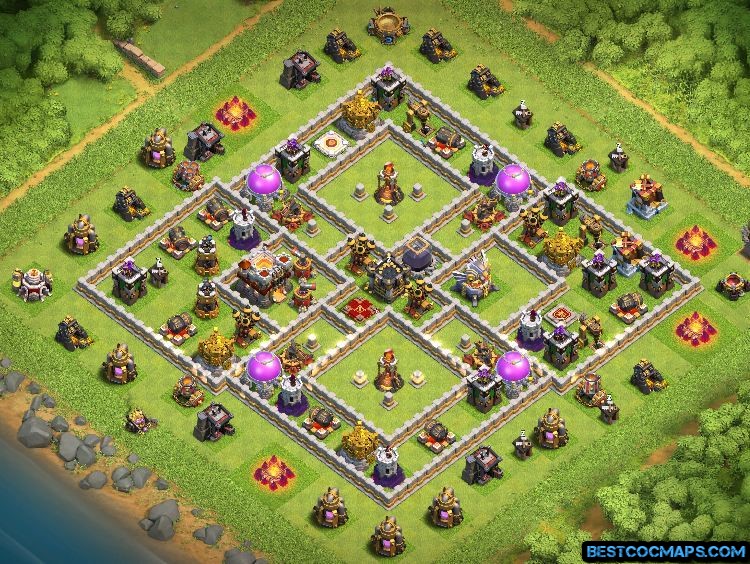 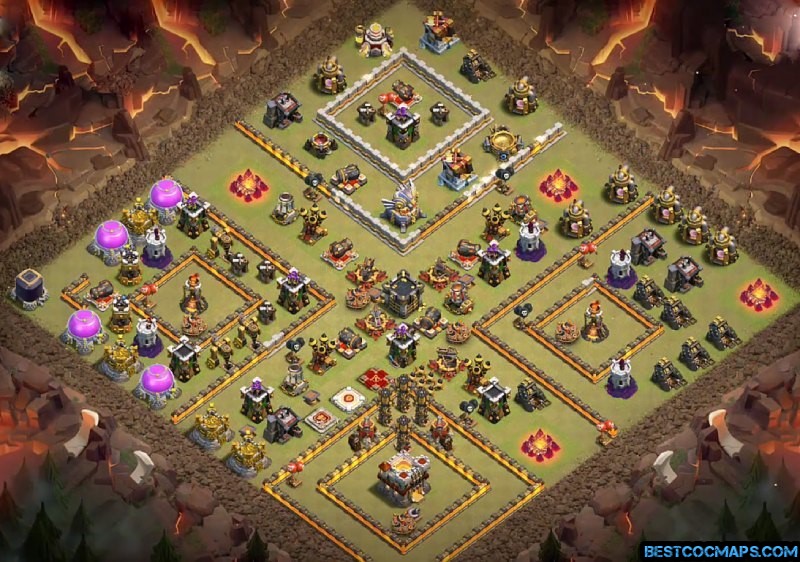 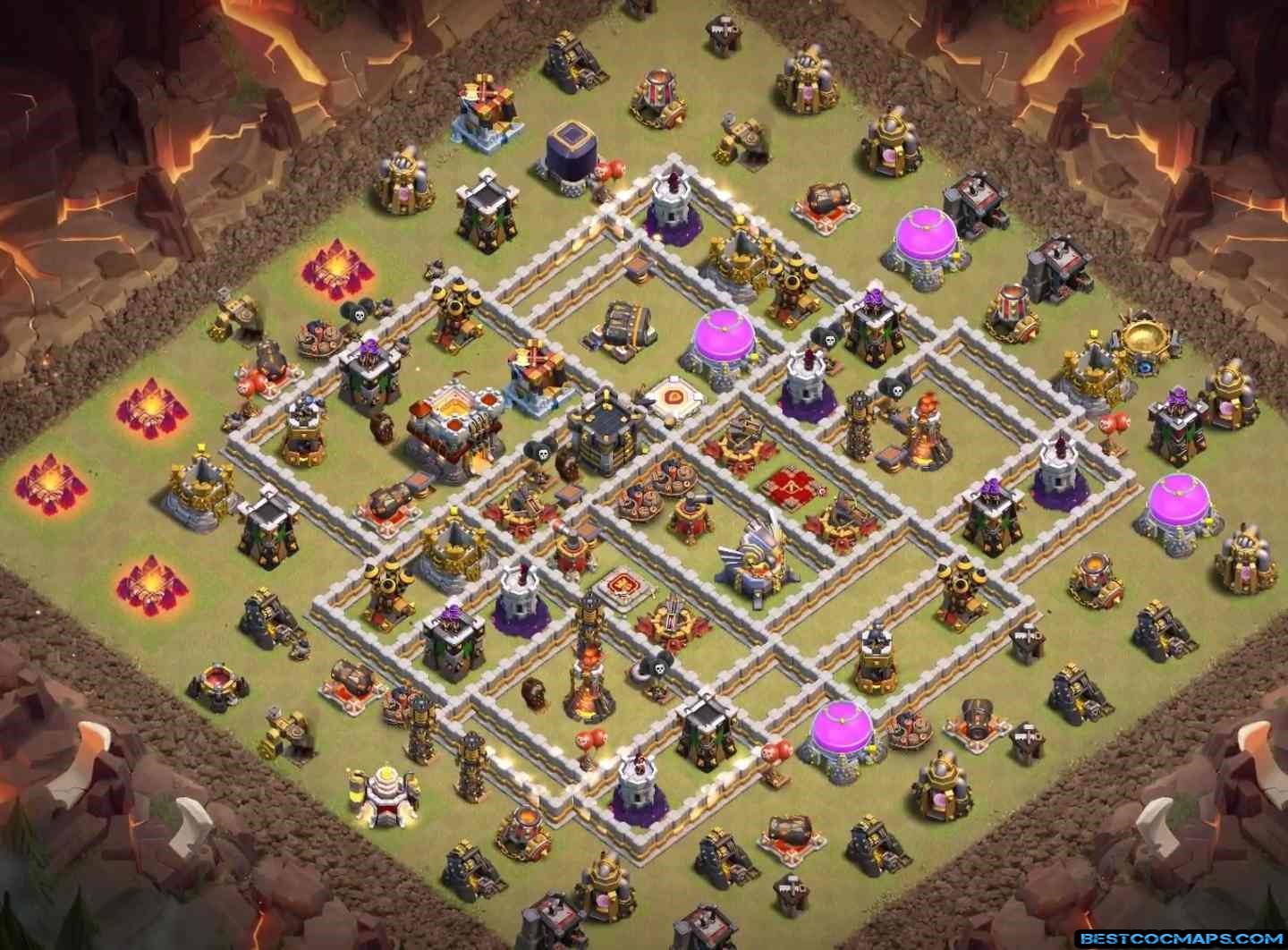 At the left of the center, we have an inferno tower and a spring trap. At the base’s top right, we have three archer towers, two elixir storages, three dark elixir drills, two gold storages, two hidden teslas, and two cannons. After that, we have gold storage and a mortar. Then we have a gold mine, mortar, archer tower, and a wizard tower.

At the center’s right, we have three cannons, a bomb, an archer and a wizard tower, X-bow, an elixir collector, elixir storage, an air sweeper, a barbarian king, a giant bomb, and dark elixir storage. This makes it one of the th11 war base. Some buildings are placed outside the wall for the defense of the base against the attackers. 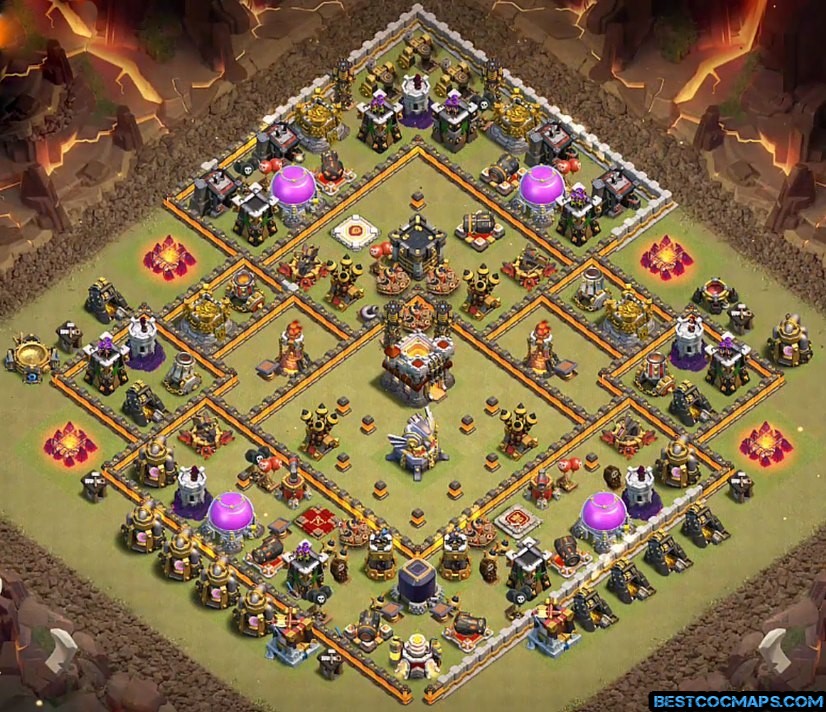 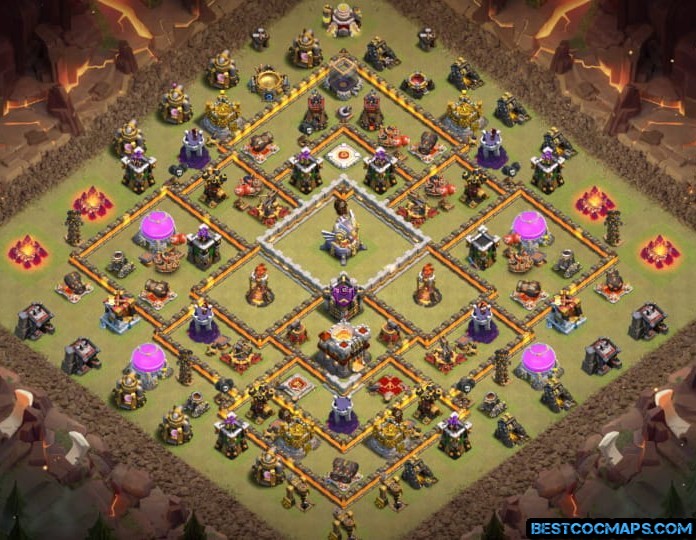 Clash of Clans TH 11 War Base

There are four compartments as well on each corner of the base. At the top right, we have eagle artillery, two air sweepers at the center, and two archer towers, mortar, two cannons, and air bombs at the left of this compartment. The Inferno tower is placed at the bottom right compartment. We have Townhall and two hidden tesla’s at the bottom left, and dark elixir storage is placed around the center.

We have two cannons, double cannons, two archer towers, two giant bombs, a grand warden, and gold storage at the right of this compartment. At the top right, we have an inferno tower and a builder’s hut. So this makes it one of the best th11 war base. There are some buildings around the base protecting the base. 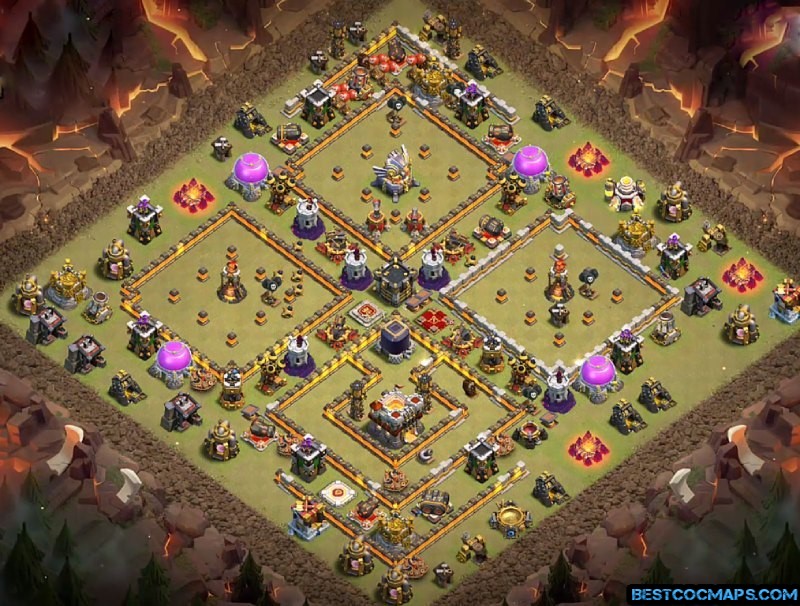 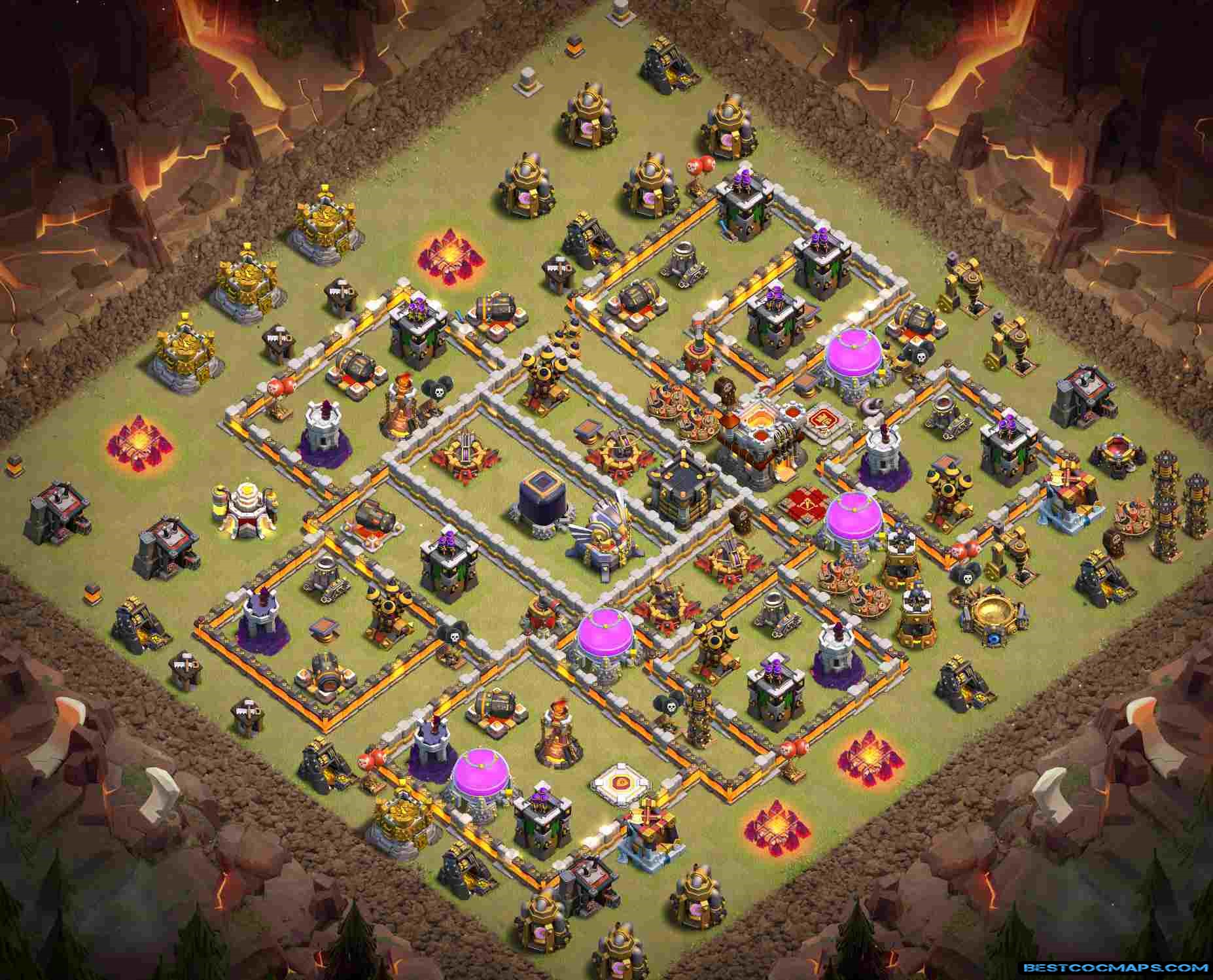 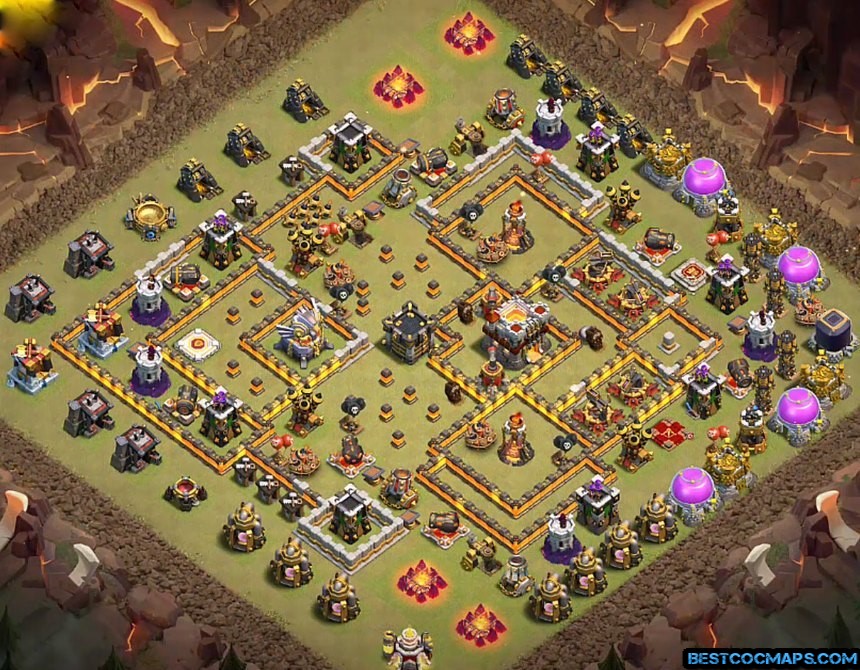 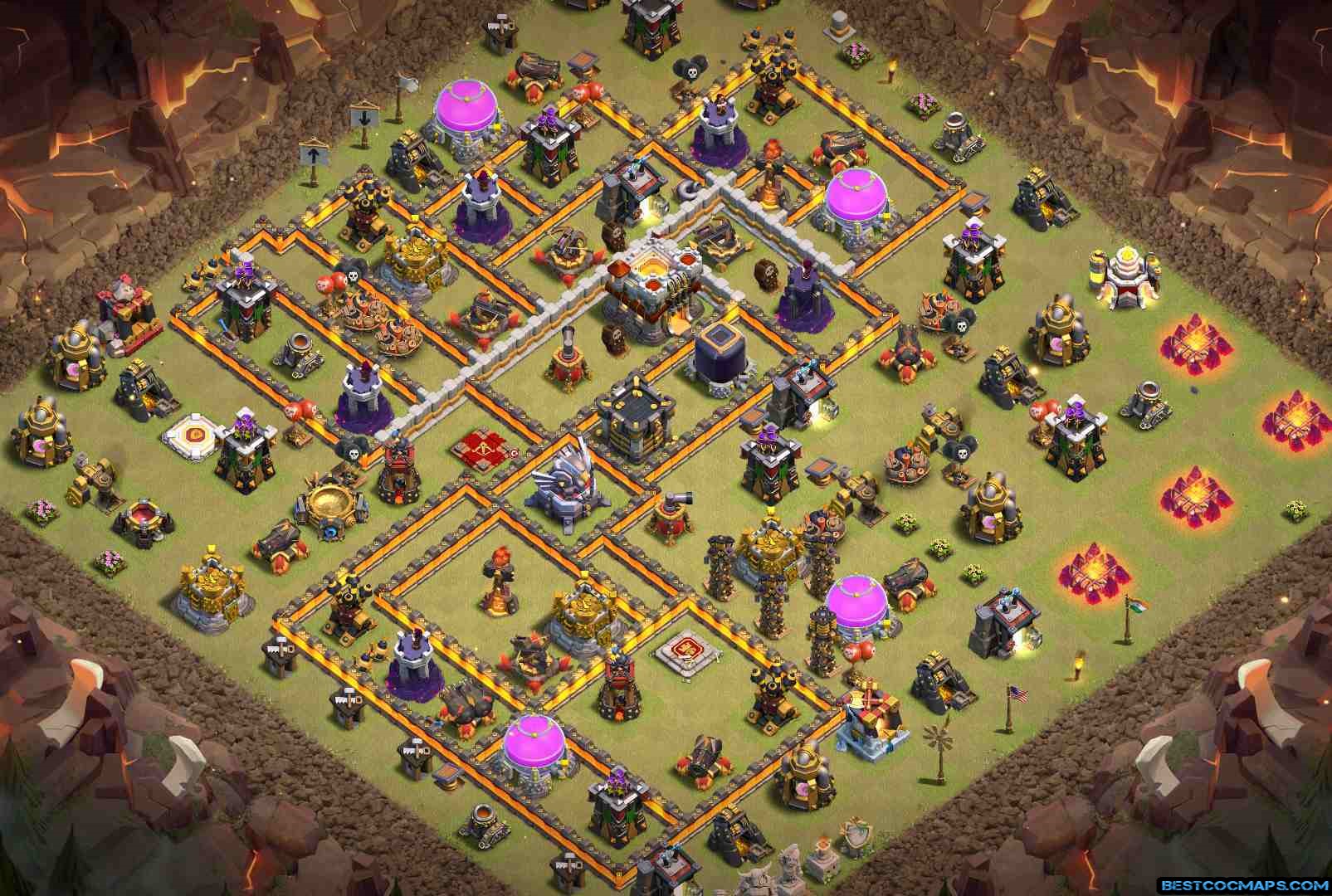