There is a little difference between Townhall 13 and TH12. The theme of Townhall 13 is upgraded otherwise both town halls are somewhat the same. We will be discussing different strategies used for best th12 base.

You can see that there four main compartments. Two of them have sub-compartments as well. Townhall is placed in the center and heavily guarded with archer towers and mines. There are giant bombs placed right near the town hall. You can see the air defense in the compartment next to town hall with other defensive systems. There is an eagle arterially in the other sections accompanied by the air defense and other elements. 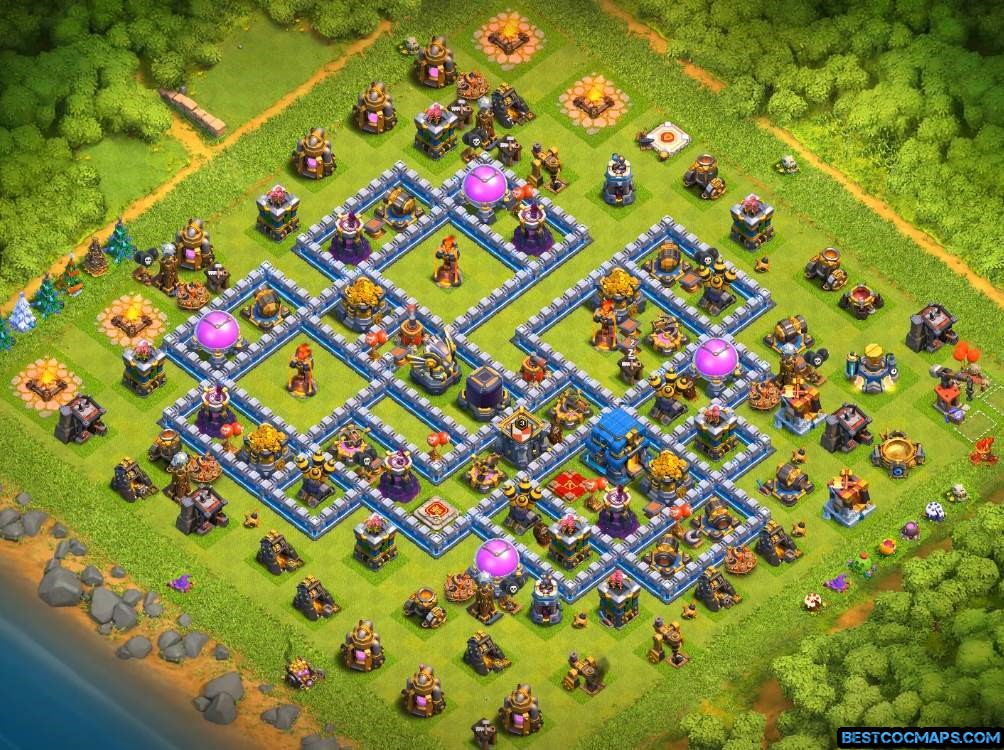 All the resources are placed outside the walls to minimize the damage. You can see a gap between the sections. It is used as a free space for the troops to move in case of attack.

This is one of the best TH12 war base designs created with the objective of waging a war. Townhall is placed in a corner compartment along with air defense and clan castle for better protection. If you wish to download this base, click on the button below.

th12 hybrid base with link 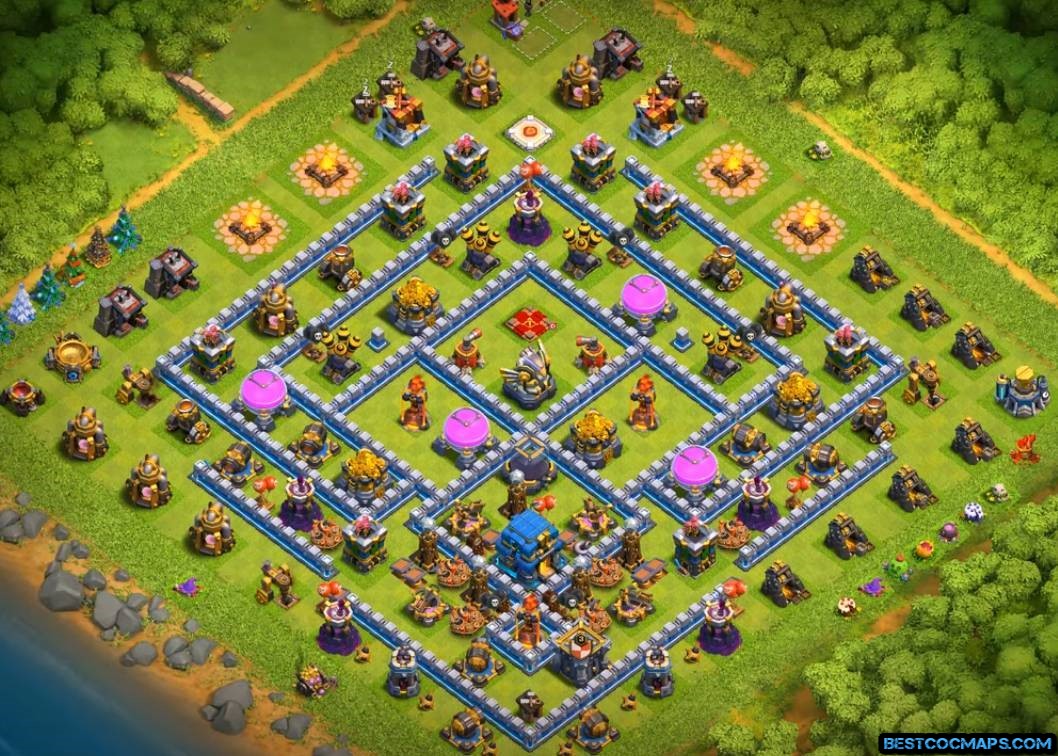 This the best TH 12 war base 2021. You can observe the strategy used in this base. The main idea is to protect stars. By placing town hall in middle accompanied by clash castle, archer bow, eagle artillery and air defense, you can make your town hall strong and defensive. 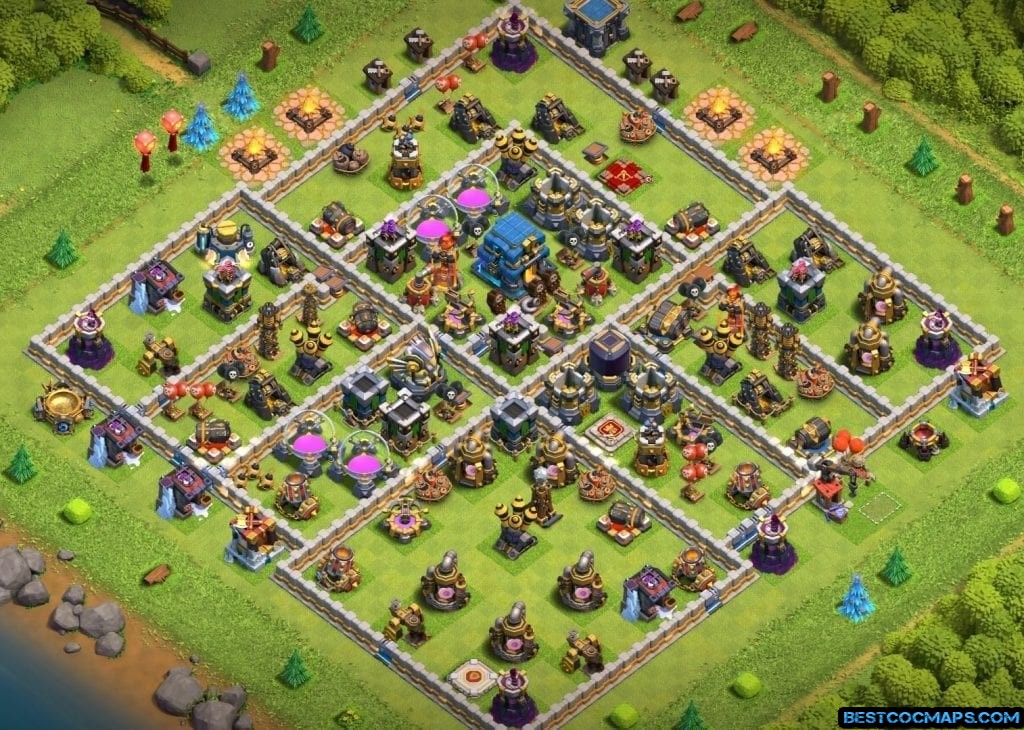 The walls are made strong because it acts as a stoppage if an attack happens. You can see the archer towers outside the middle compartment. It also provides an effective defense. The laboratory is located outside the walls, in the corner. There are main resources placed outside the walls. 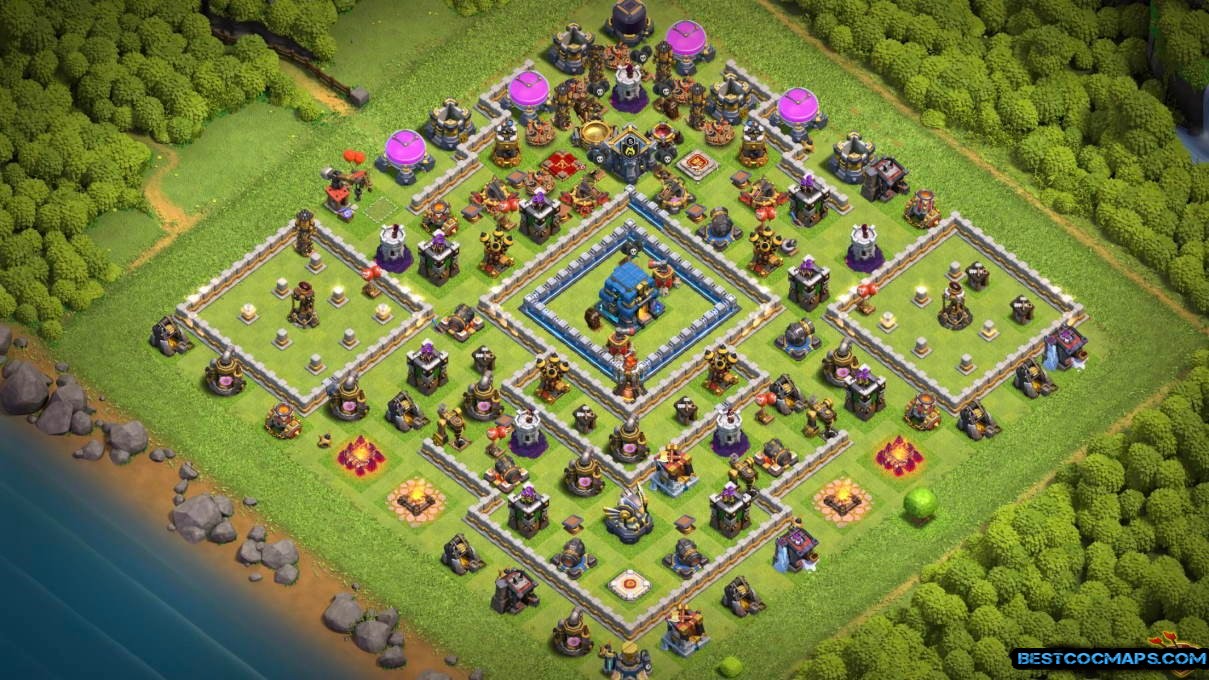 A simple defense system is laid out in this base. You can see that the town hall is in the corner compartment. There is a total of three closed compartments and other have spaces open for the troops to move easily in case of an attack. 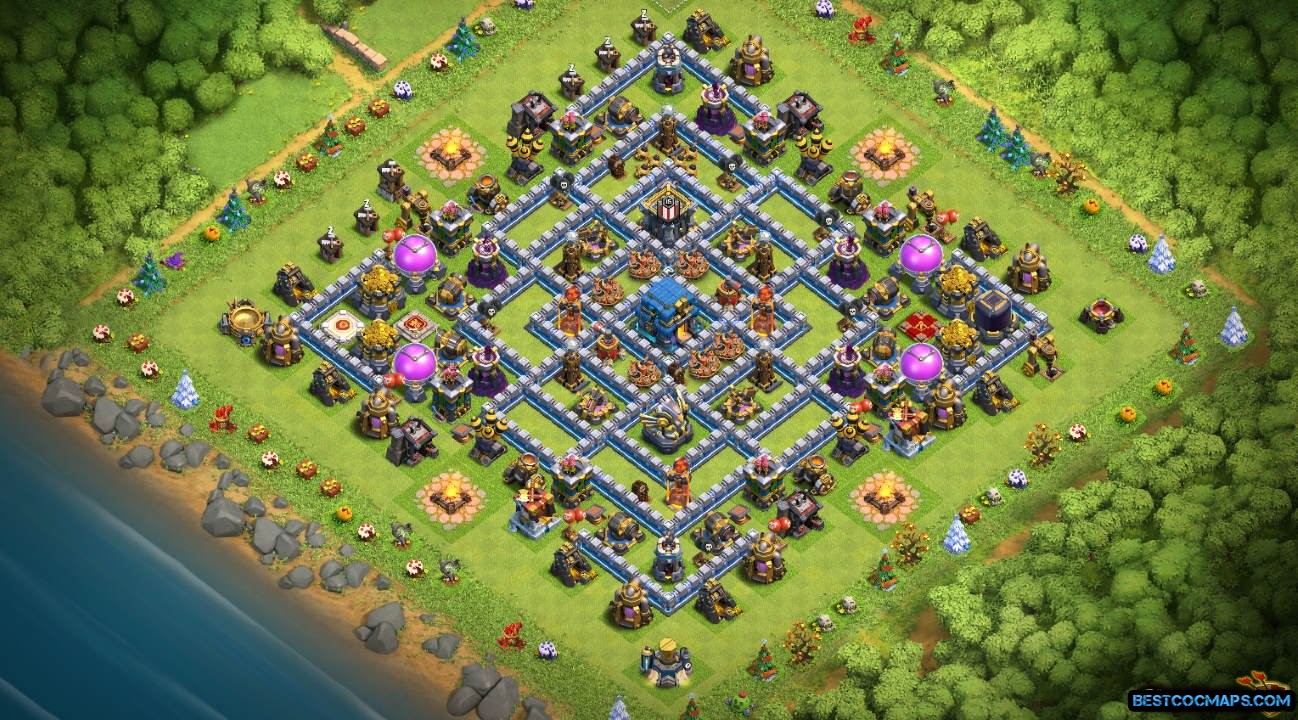 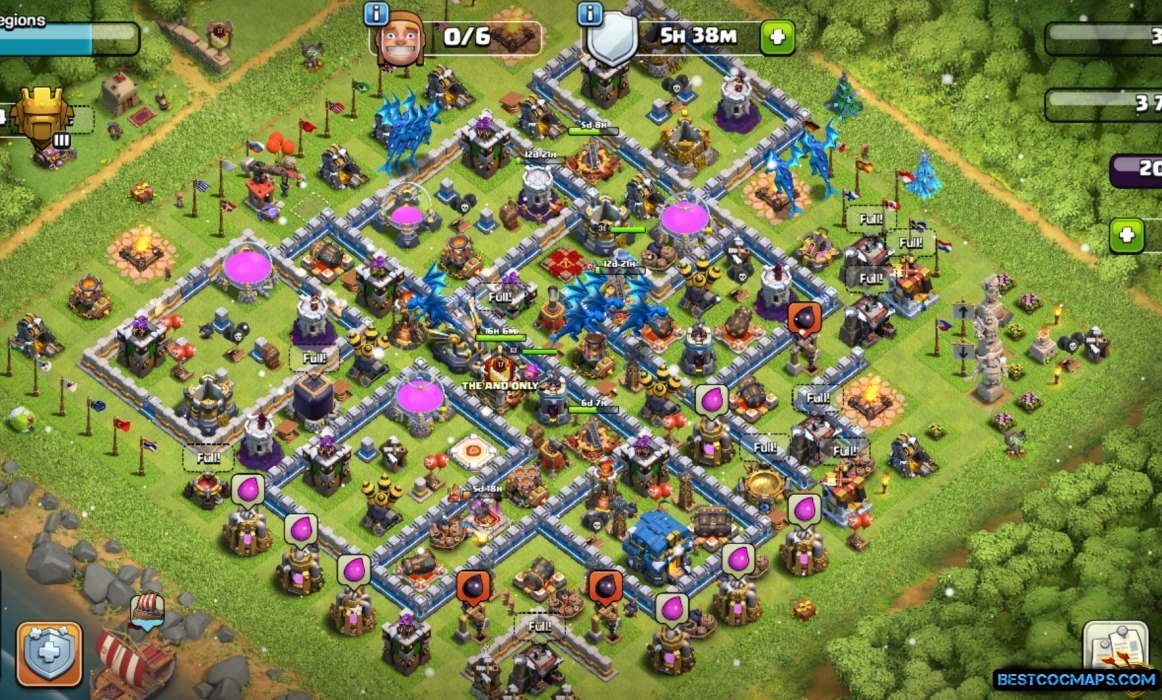 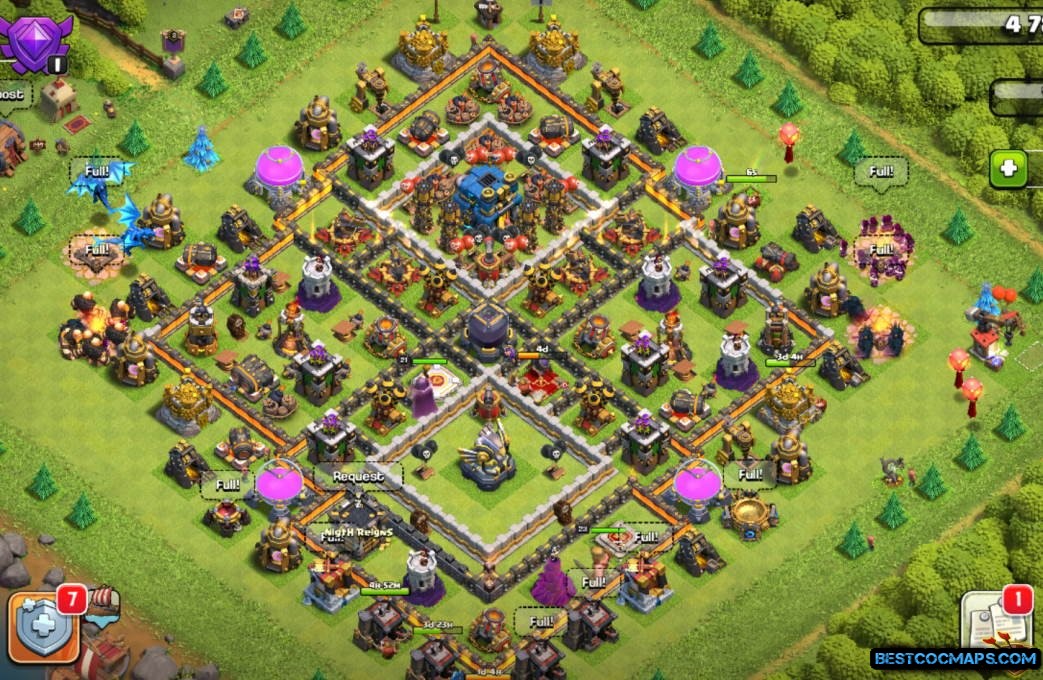 This is a strong anti-2 star TH12 war base 2021. As you can see the solid walls laid out to protect the base from the enemy’s attack and to reduce the destruction. You can download this base by clicking the button below. 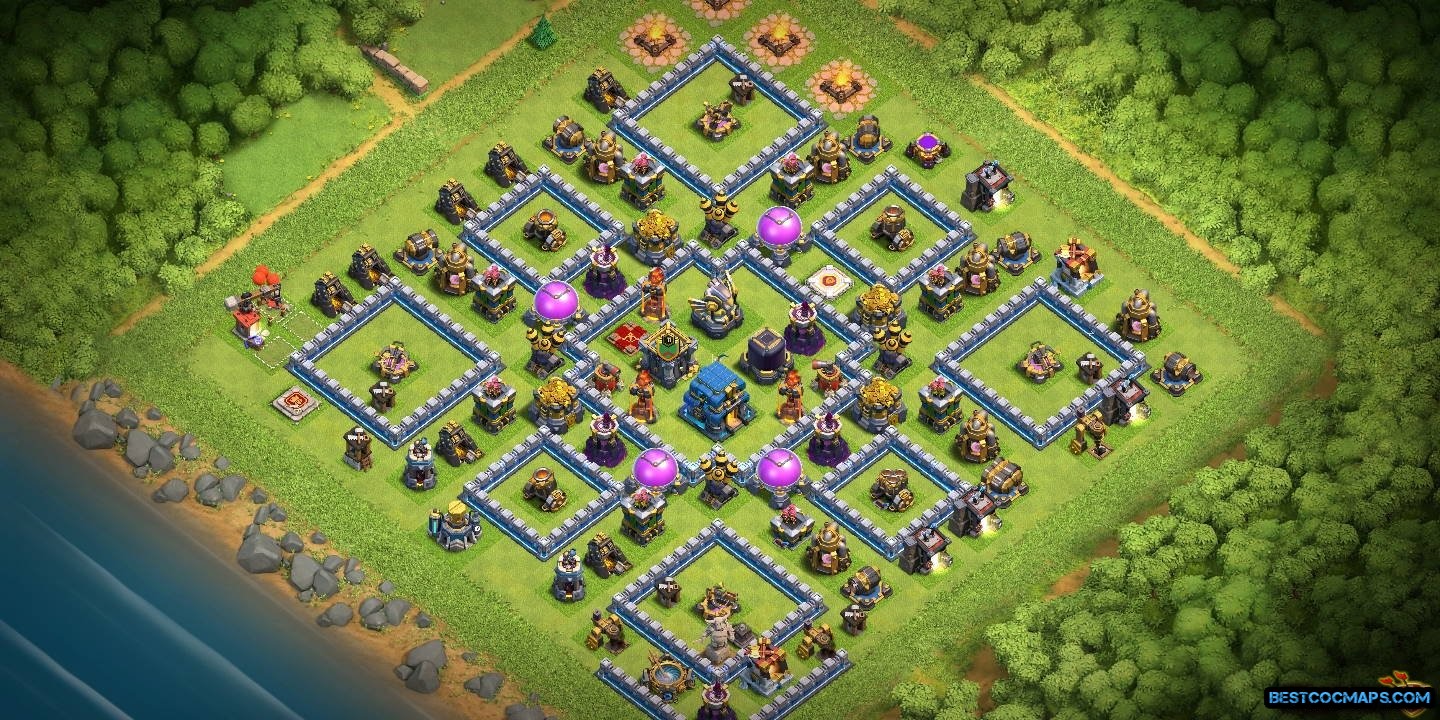