Are you the person who is searching for the best bh 4 bases but has not found any top-class base? If this is the case, then you are in the right place. The bases which we will analyze are the builder hall 4 base that is anti one starred. You can defend your base against the giants, archers, and bombers. But before starting any discussion, we should know what builder hall is?

The function of the builder base is up-gradation which you can use to build more buildings and upgrade other buildings. So what are you waiting for let’s have a look and talk about the best bh4 bases in 2022?

In the center, we have the builders hall, two archer towers, two push traps, two cannons, a double cannon, a guard post, two mines, a mega-mine, a hidden tesla, an air bomb, a crusher, firecrackers, and elixir storage. 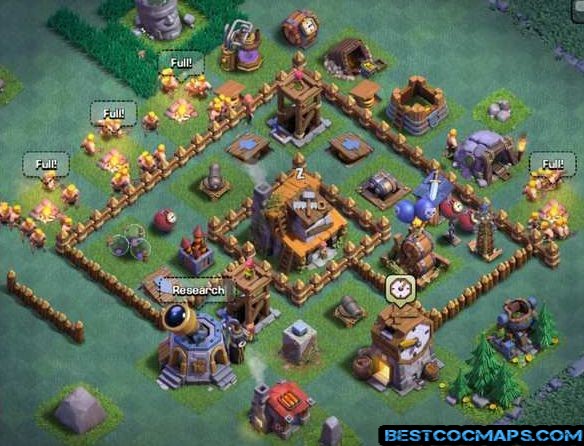 Around this center, we have a clock tower, star laboratory, builder barrack, four army camps, gold mine, gold storage, gem mine along with the other buildings are outside the walls to protect the base. 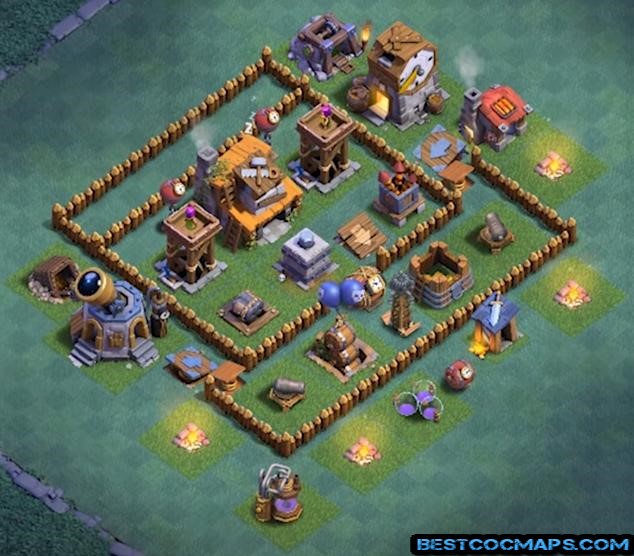 The base which we are about to discuss is added recently a few days before in the best bh4 bases list. We have two compartments in this base. At the left compartment, we have the builders hall, two archer towers, crusher, double cannon, push trap, and a firecracker. Two cannons, two push traps, gold storage, hidden tesla, and an air bomb are in the right compartment. 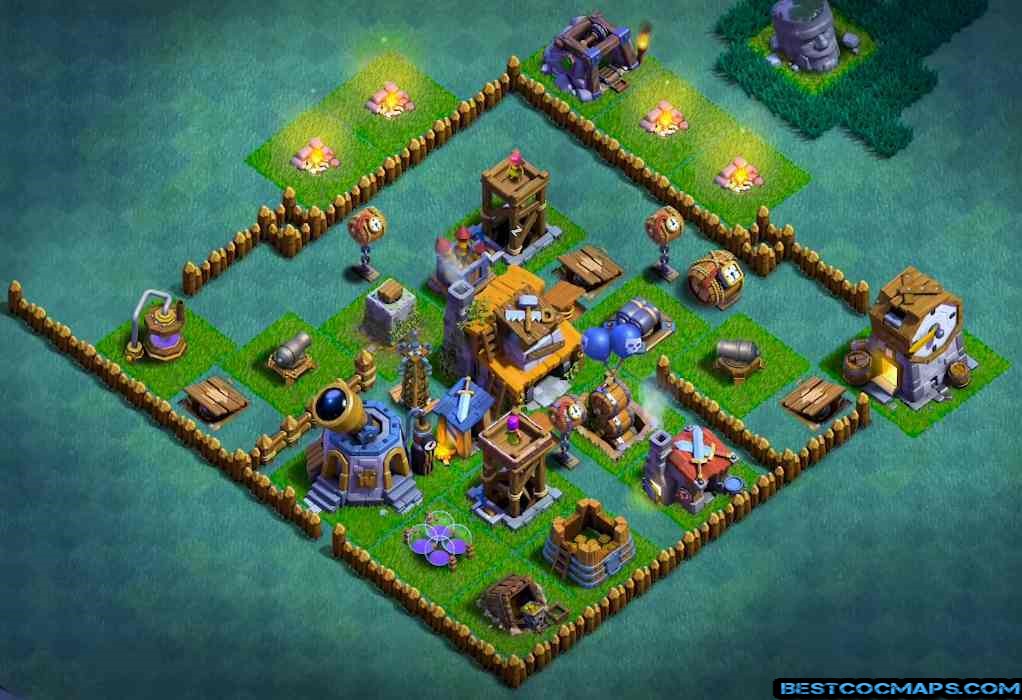 Two push traps, builder barrack, clock tower, four army camps, guard post, mine, elixir storage, star laboratory, gold mines, gem mine along with other buildings are outside the walls to defend the base from the attackers. 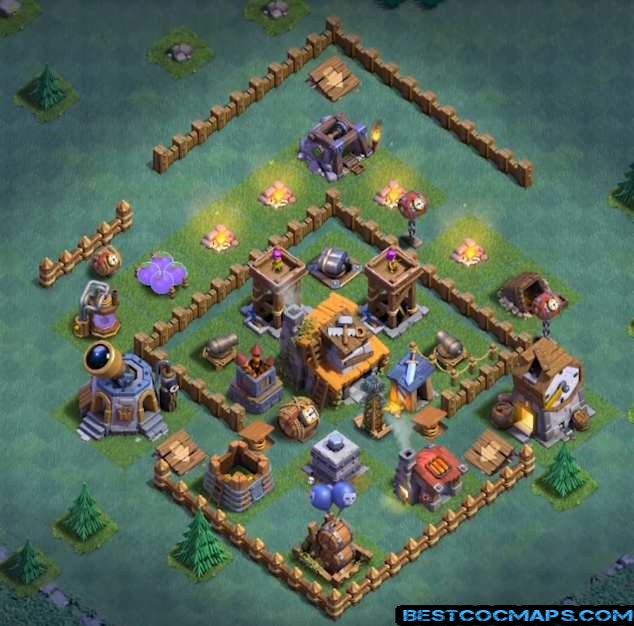 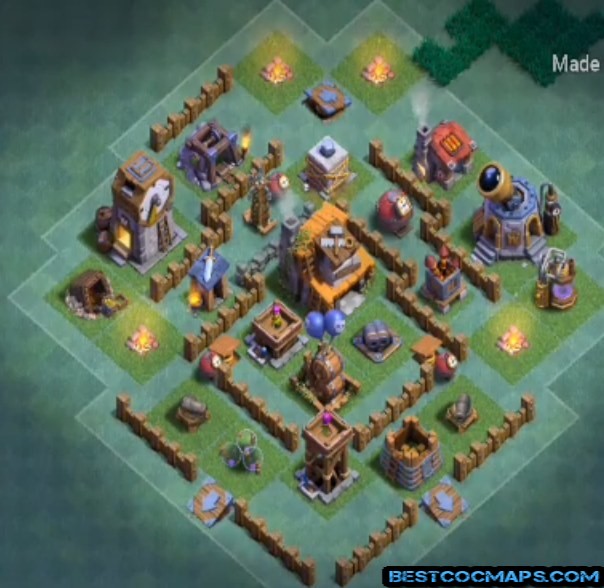 The gem mine and the four army camps are outside the walls together with one other building to protect the base from the opponents.

This base also has one compartment. The builder’s hall, two archer towers, double cannon, two cannons, firecracker, guard post, hidden tesla are at the center. 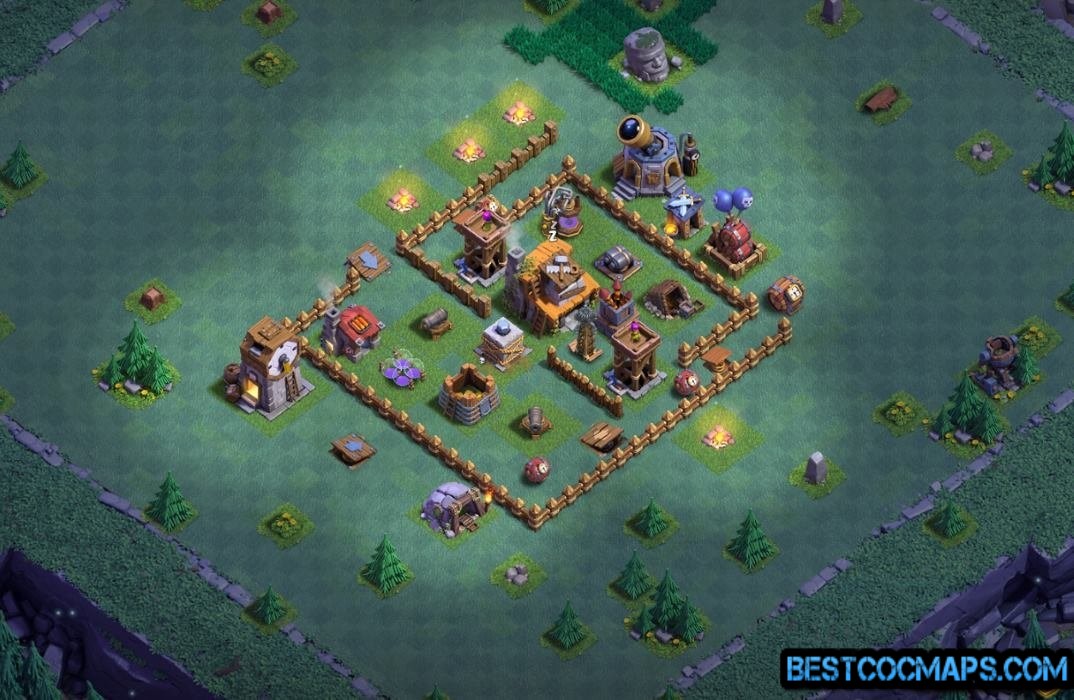 The crusher, two spring traps, the clock tower, three-push traps, builder barrack, an air bomb, the gold storage, star laboratory, mine, elixir storage, four army camps, gem mine, mega-mine, and the gold mine are outside the walls to defend the base from you opponents. Moreover, after analyzing this base, we can indeed say that this base deserves to be in the builder hall 4 bases list if not the best.

best coc base in the world

This base also consists of one compartment like the previous base. In the center, we have the builders hall, an archer tower, an air bomb, two spring traps, and an air bomb. The crusher, hidden tesla, mine, mega-mine, firecrackers, guard post, two army camps, two cannons, gold storage, elixir storage, and an archer tower are around the center’s base. 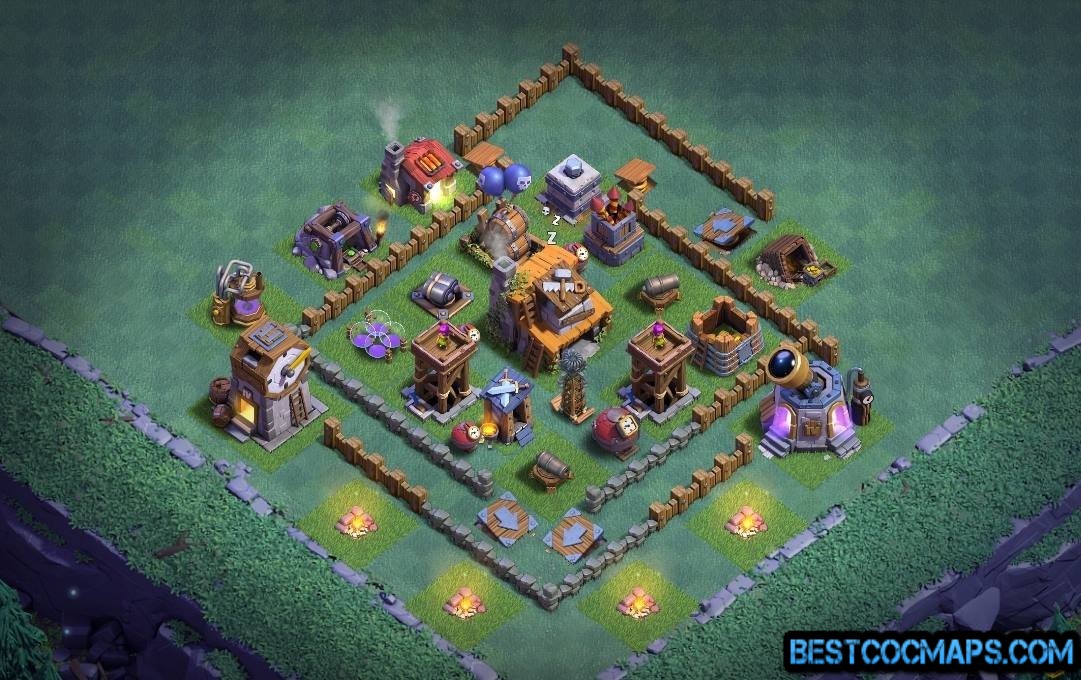 Three push traps, gold mine, clock tower, gem mine, two army camps, builder barrack, star laboratory along with the other buildings are outside the walls to protect the base against the rivals.

clash of clans builder base 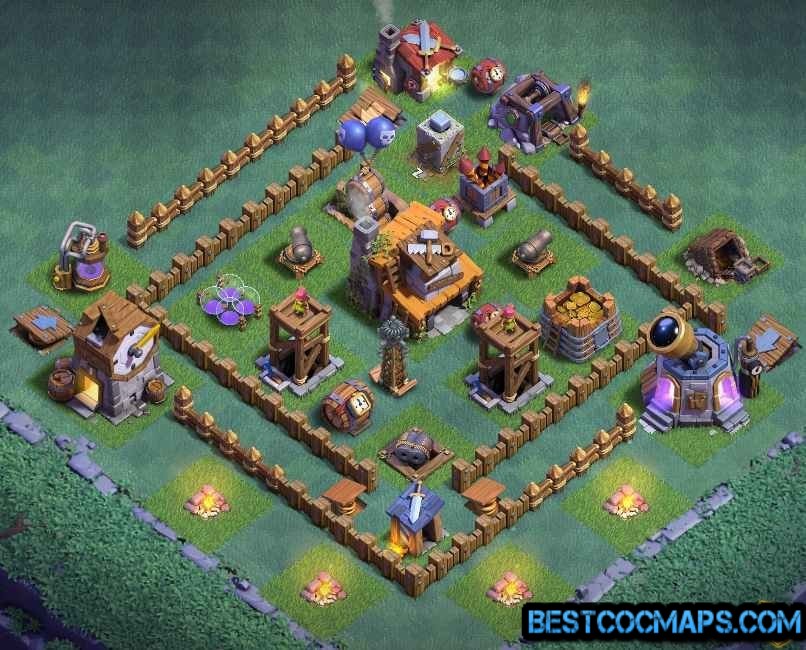