If you are at this place, so you must be searching for the best th3 trophy base. If yes, so you are in the right place. Your struggle to find the top-quality town hall 3 trophy bases end here. You don’t need to worry anymore. We are going to talk about the top-notch th 3 trophy bases which you will surely like.

But before starting the discussion, we must know the purpose of the trophy base? The reason for making a trophy base is to defend better, generally, the loot army can’t even get 1-star. Similarly, the war army can 2-tar it. The main aim is to save the base from getting started so that you can protect your trophies. So without wasting any time, let’s get started.

There are four compartments in this base. At the top left, we have a cannon. A mortar is at the center. Right after that, we have an archer tower. A cannon is placed below this base. 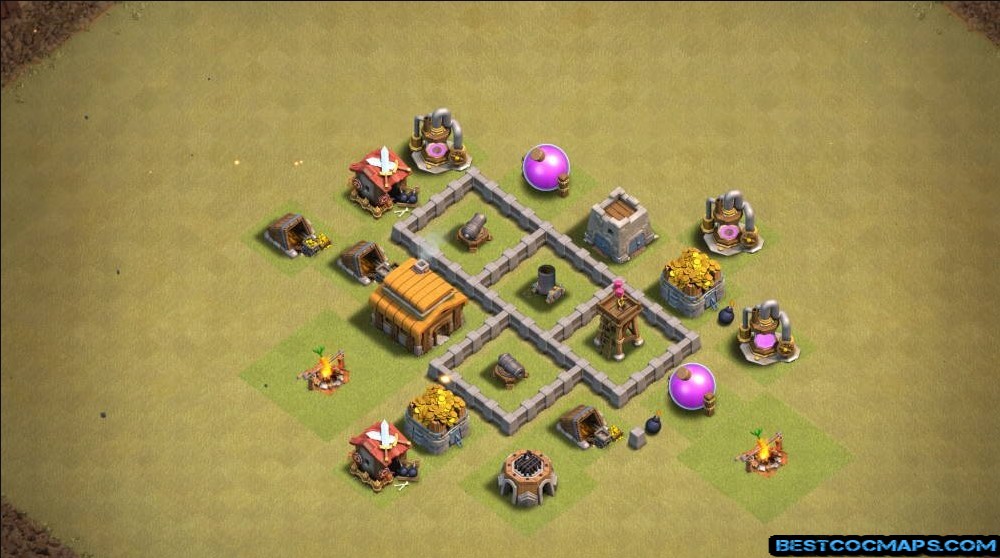 The base which we will talk about is added a few days before in the th3 trophy bases list 2022. This base contains one compartment only. In the center, we have the town hall, two cannons, a bomb, elixir storage, an archer tower and the gold storage.

The gold storage, elixir storage, a bomb, two barracks, two army camps, three gold mines, walls, three obstacles, three elixir collectors along with the two builder’s huts are outside the walls to protect the base from the opponents. 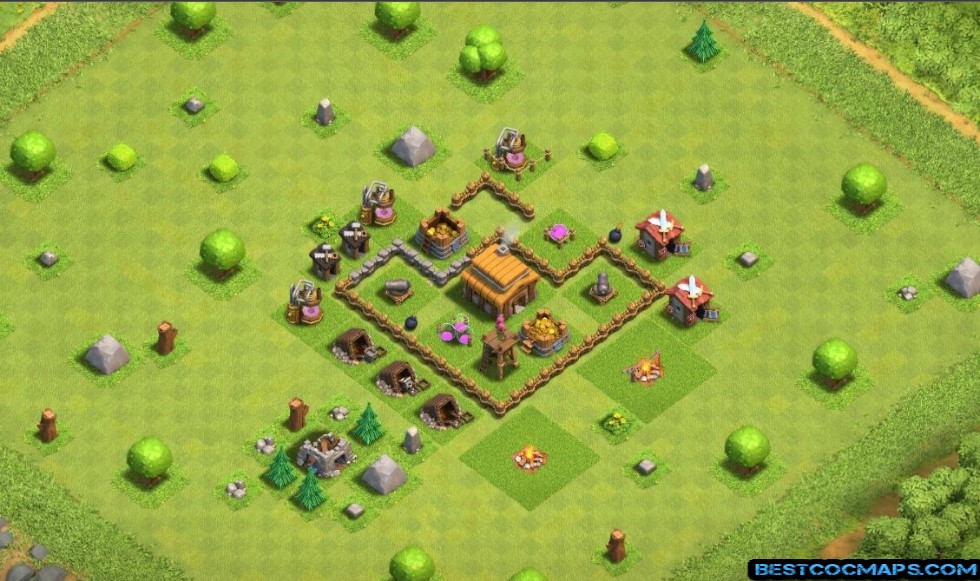 The base which we are about to discuss is comprised of only one compartment. In the center, we have the town hall, an archer tower, the clan castle, a mortar, two bombs, two cannons and two builder’s hut.

Similarly, three elixir collectors, three gold mines, two army camps, two gold storages, two walls, a laboratory, two elixir storages together with the two barracks are outside the compartments to guard the base against the enemies. After analyzing this base, we can undoubtedly say that this base needs to be there in the best th3 farming bases.

Th 3 Trophy Base Anti Everything 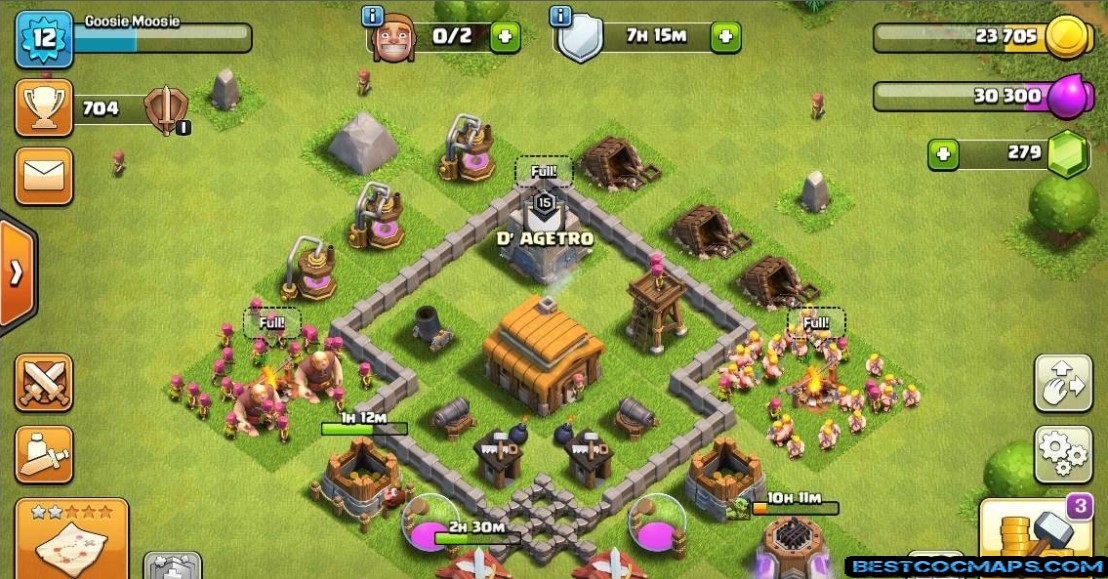 In this base, we have three compartments. The town hall, the clan castle, a mortar and an archer tower are at the center. At the bottom right, we have two cannons in each compartment along with the two bombs. 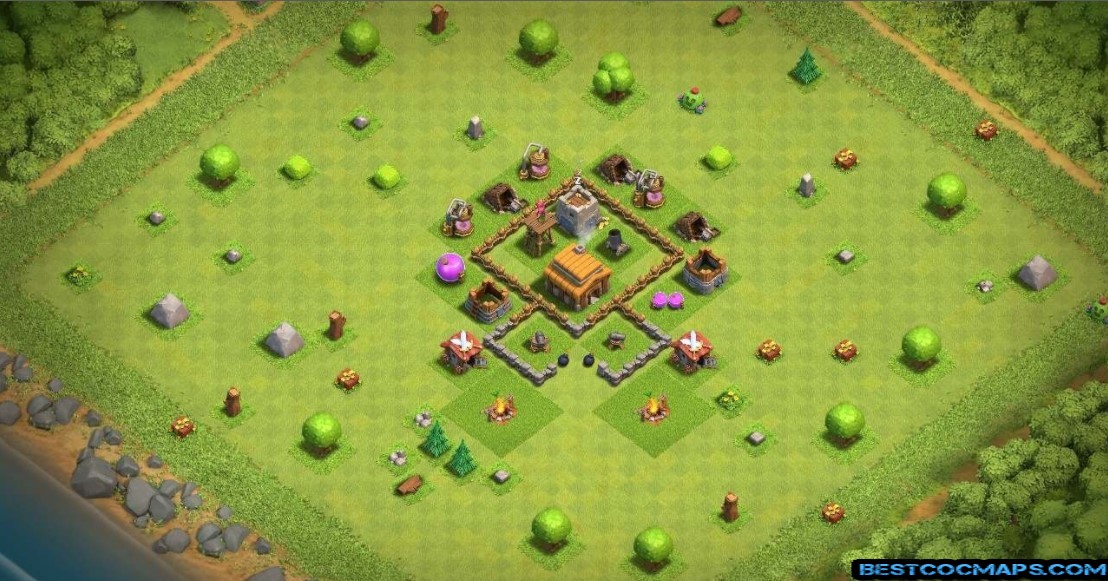 The base which we are going to talk about has three compartments. At the top, we have an archer tower, two bombs and a mortar. At the top left and the top right, we have two cannons in each compartment.

The town hall, two army camps, two elixir storages, the clan castle, three elixir collectors, three gold mines, a laboratory, two gold storages and two barracks are outside the walls to defend the base from the opponents. 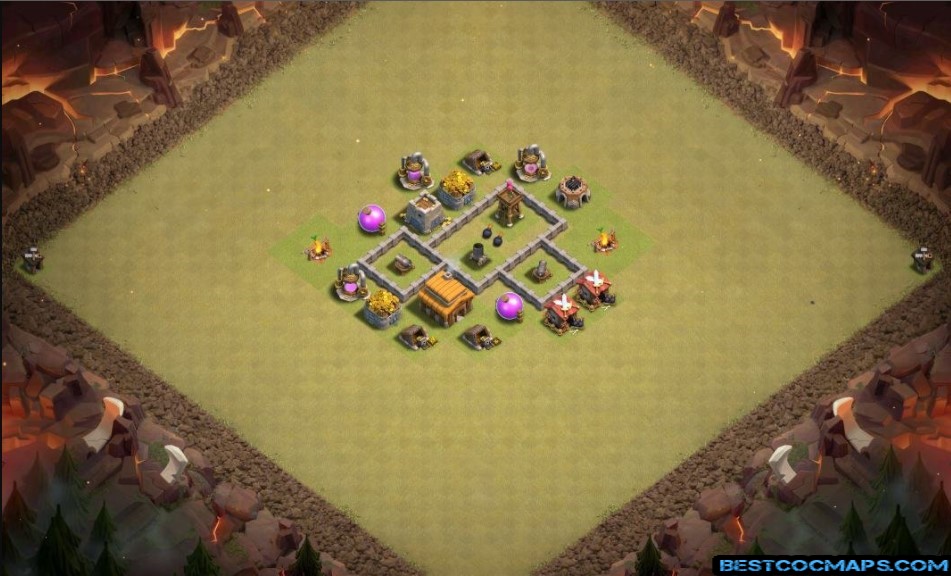 These are the top th 3 trophy bases. I hope you have liked this post and decided which designs you are going to use in the coming days. Press the download button if you want to use these bases. If you have any queries or if you want to ask something, feel free to contact us. Thank you