If you are here at this post, so probably, you must be looking for the coc funny bases right? If this is the case, so you don’t need to worry anymore. The bases which we are about to discuss in this post will surely help you. I think you also would be able to decide in the end that which base you will pick in the future. So without wasting any time, let’s talk about the coc funny bases. 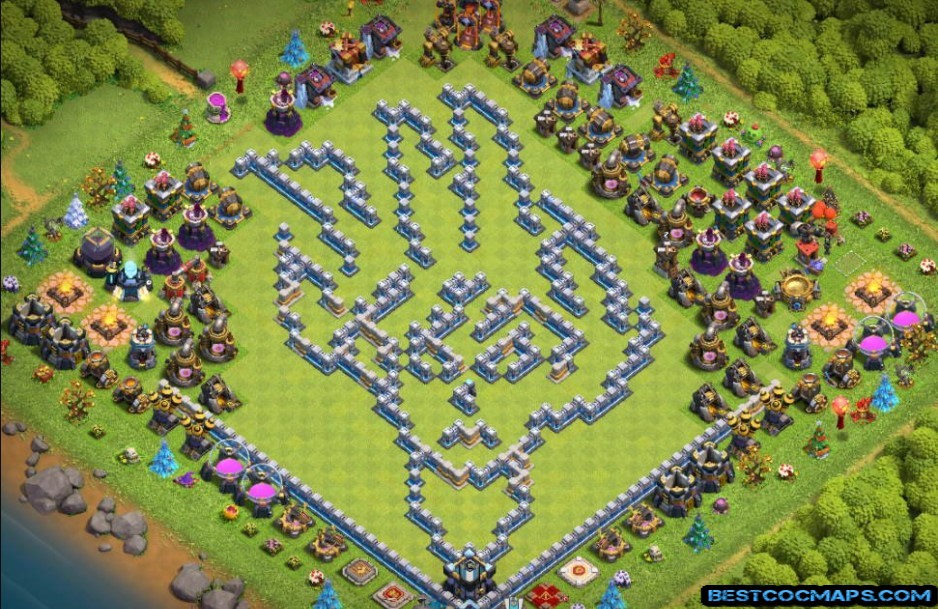 At the right of this base, we have an archer queen, grand warden, two X-bows, two gold storages, two air defenses, two mortars, two elixir storage. Wizard tower, two barracks, dark barracks, two dark elixir drills are at the left of the base. 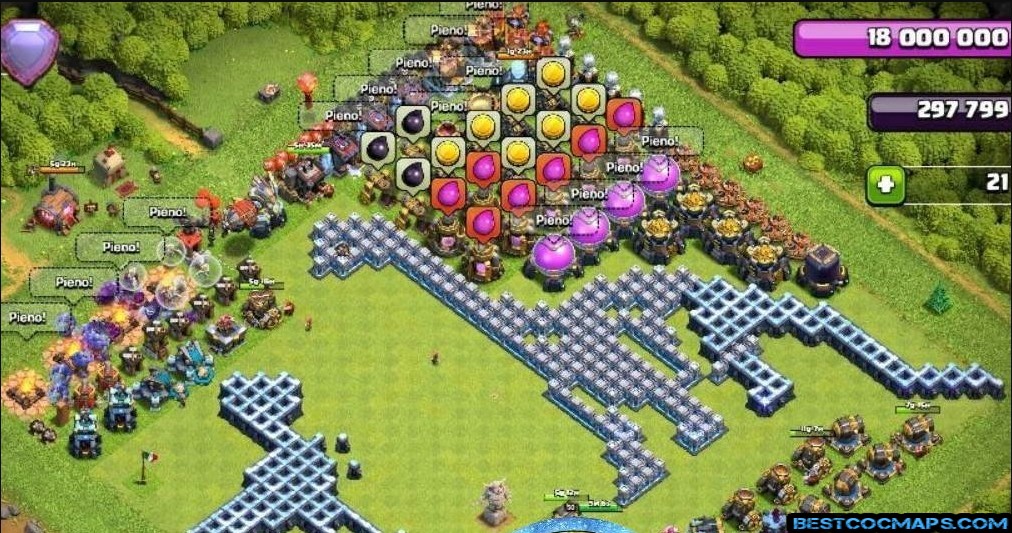 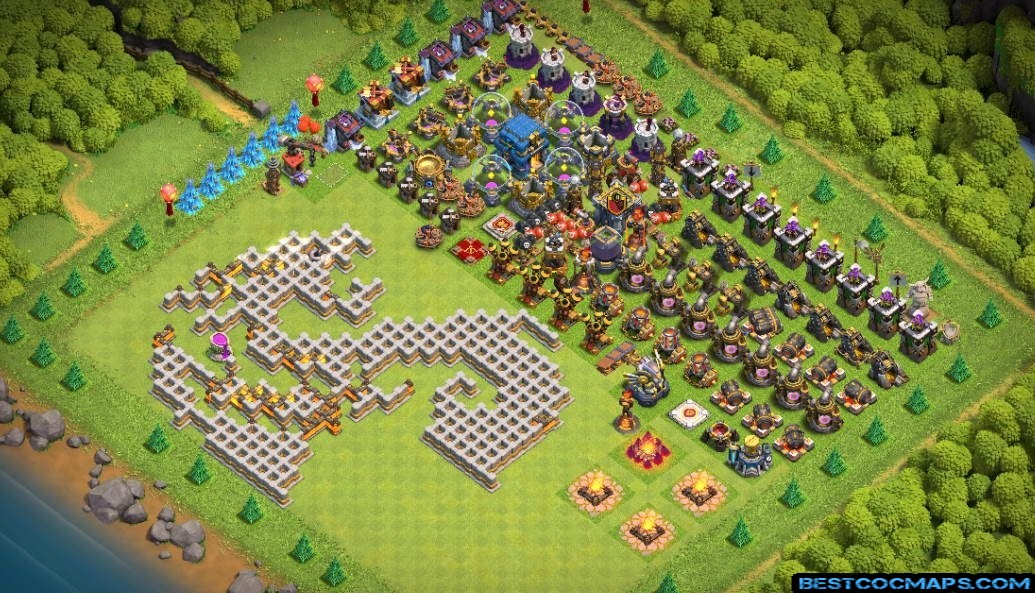 Coc Troll Base with Link

This base which we are going to talk about is added recently in the coc funny bases list. In this base, no building is at the center just like the previous base. Two bomb towers, two Scattershots, six builder’s hut, two air sweepers, four army camps, a workshop, eagle artillery, and X-bow are at the bottom left. Six cannons, a wizard tower, and three mortar are at the top right. 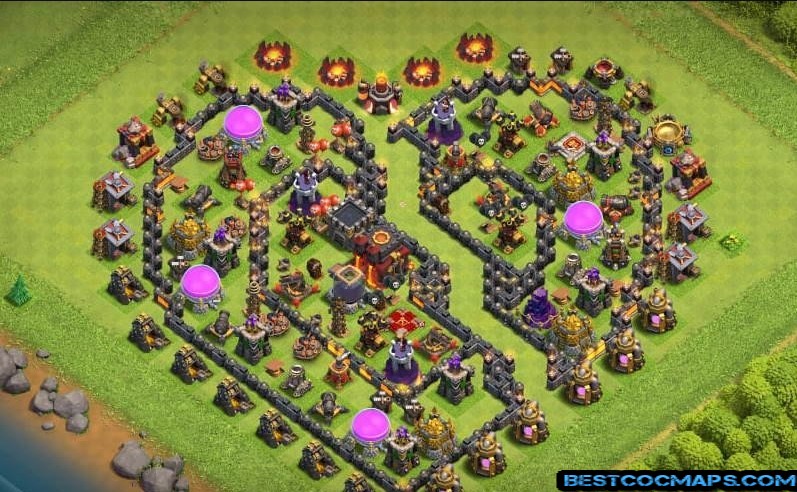 At the top left, we have four barracks, two air bombs, two inferno towers, five hidden teslas, six giant bombs, dark elixir storage, four gold storages, and four elixir storages. Similarly, we have ten elixir collectors, three gold mines, four dark elixir drills, a dark spell factory, a spell factory, and a laboratory. Some other buildings are also placed in this base to guard the base against the opponents. 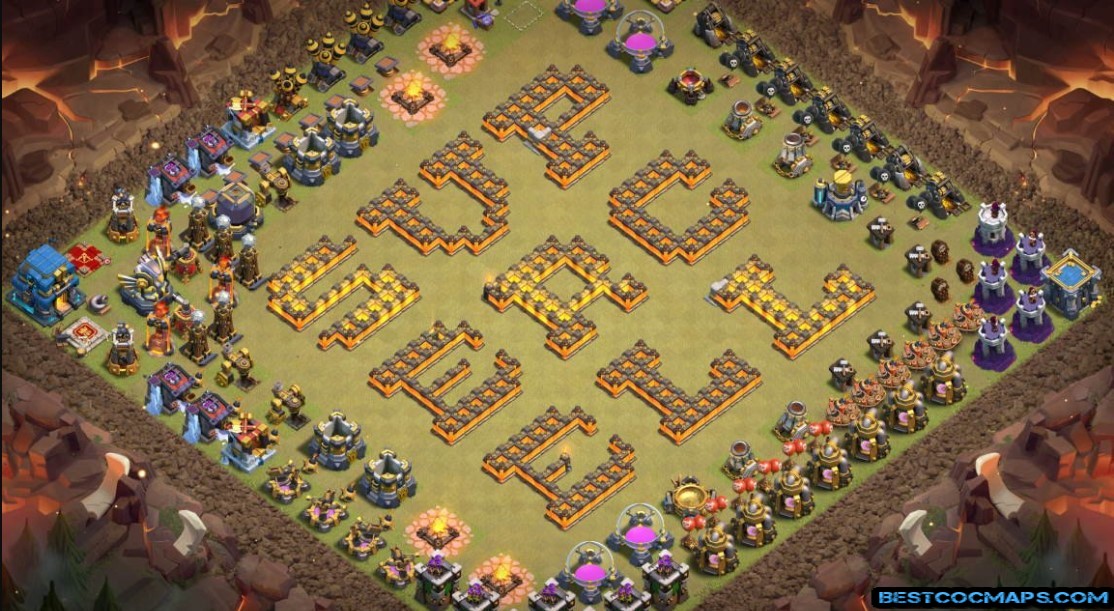 All of the buildings in this base are at the top of the base. Twenty-seven obstacles are placed around the center. The buildings at the top are placed in six layers. At the top, we have a barrack, five wizard towers, hidden tesla, three giant bombs, three spring traps, and eight archer towers. Below that, barrack, X-bow, two gold storages, elixir storage, an air sweeper, bomb tower, and seven gold mines. 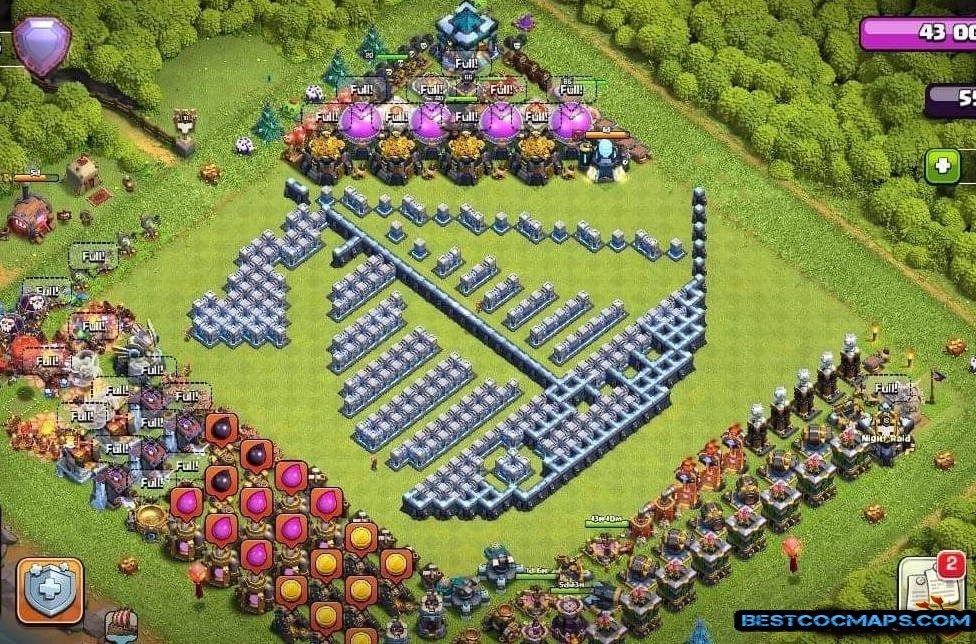 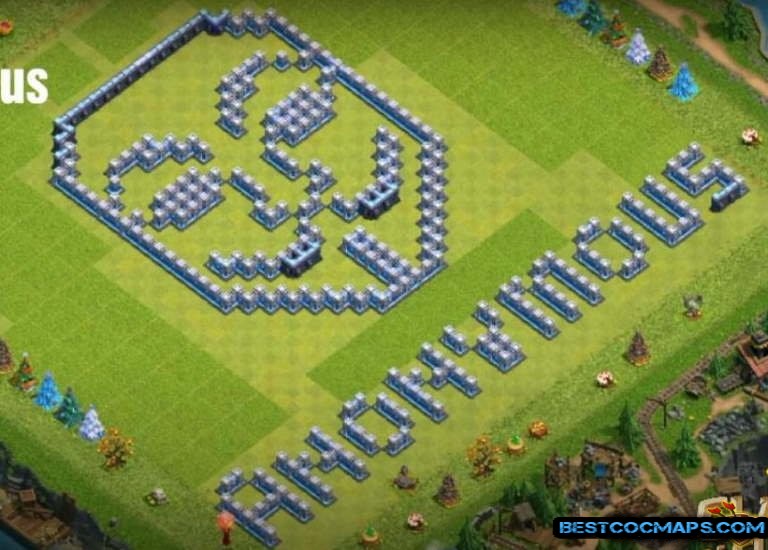 If we discuss the compartment which is at the top so in the center, two seeking air mines, air defense and X-bow are placed. Two wizard towers, three cannons, spring trap, two gold storages, two mortars, an archer tower, bomb tower, elixir storage, barbarian king, hidden tesla, giant bomb, an air defense, air sweeper and seeking air mine are around the center. 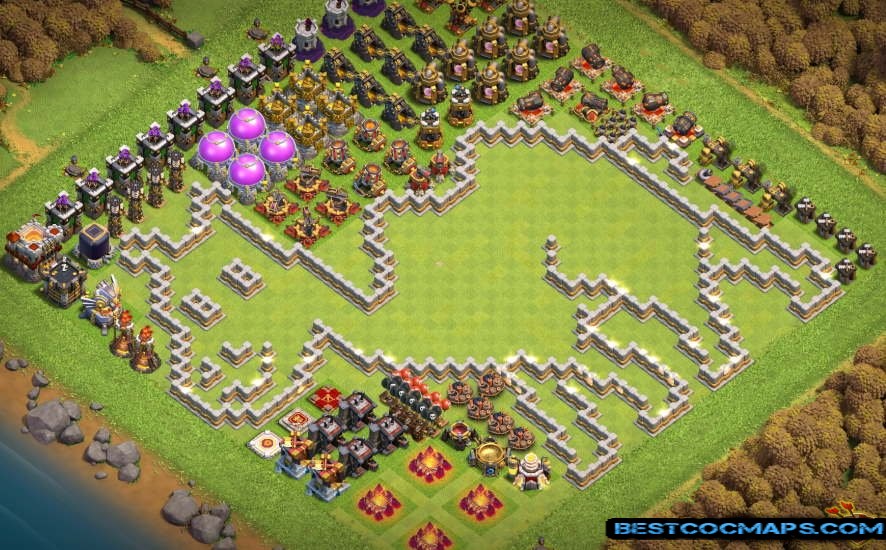 Six elixir collectors, six barracks, spell and dark spell factory, three dark elixir drills, two builder’s hut, a laboratory, four army camps and seven gold mines are outside the walls to guard the base against the enemies. So after looking at this base, we can surely say that this base deserves to be in the coc funny bases list. 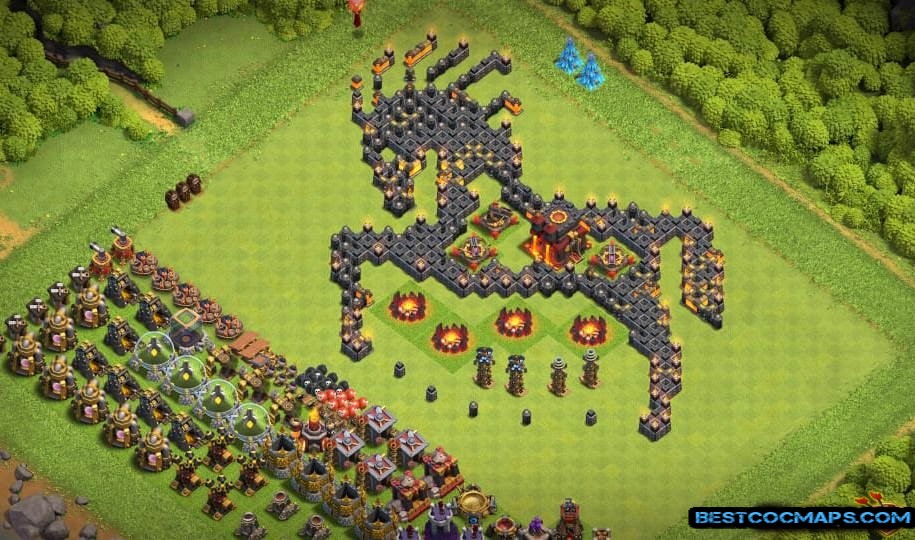 This base doesn’t have any buildings at the center just like the previous bases. If we start from the bottom, we have the town hall, barbarian king, archer queen, eagle artillery, two hidden teslas, an inferno tower, bomb tower and two elixir drills. Likewise, we have two barracks, a dark barrack, four X-bows, four archer towers, two gold storages and two army camps.

Above the base, we have two elixir storages, seven gold mines, a dark spell factory, two mortars, six seeking air mines, a laboratory, and three mines. 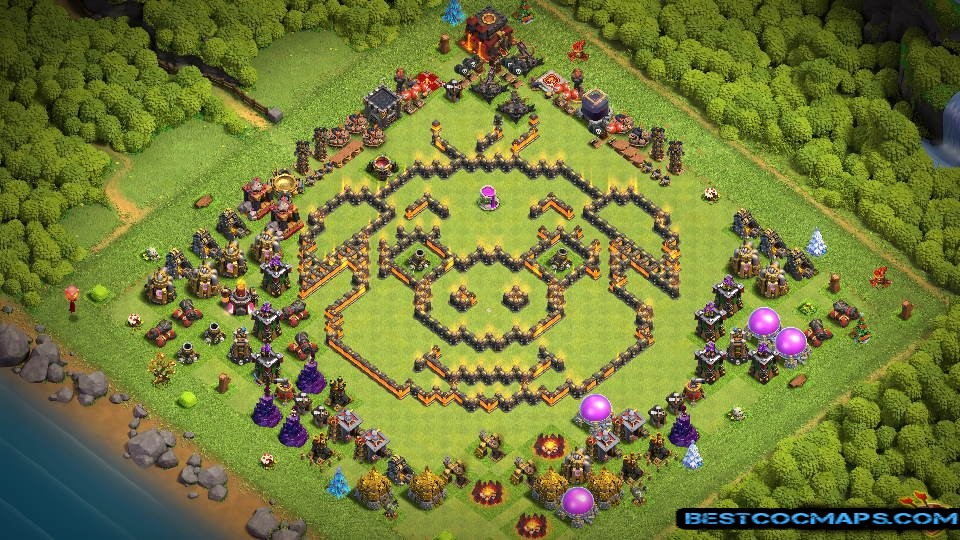 So these are the coc funny bases 2021 with the link. Press the download button if you want to use any of the bases discussed above.